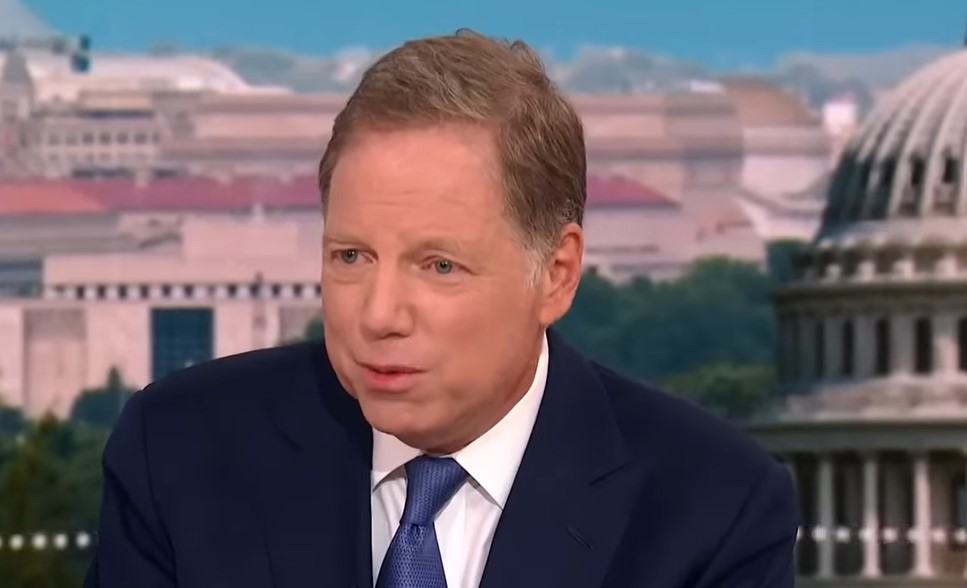 In a procession of tell-all books, Washington, D.C., media luminaries have tracked the unhinged narcissism of Donald Trump in the last, disastrous year of his presidency.  Villains of the Trump administration (Jared Kushner, William Barr) have published tomes, bidding to airbrush nefarious actions and put distance between themselves and The Donald.

The most telling evidence to emerge, however, is how Trump’s men sought to politicize the U.S. military and the Department of Justice, deploying both to stay in power and punish the president’s enemies.  Such accounts look back, and map out what will likely happen in the future if Trump or a smarter MAGA Republican reclaims the White House.

Holding the Line: Inside the Nation’s Preeminent U.S. Attorney’s Office and its Battle with the Trump Administration (Penguin, $28) is Geoffrey Berman’s revenge on a Justice Department that sought prosecution of Trump adversaries and schemed to go lightly on the strongman’s men who were caught. Berman was U.S. Attorney for the Southern District of New York, renowned for its pursuit of corruption in public office and the financial industry.

Savagely polite bureaucratic battles are lucidly laid out.  “Throughout my tenure as U.S. Attorney, Trump’s Justice Department kept demanding that I use my office to aid them politically and I kept declining – in ways just tactful enough to keep me from being fired,” Berman explains.  “I walked the tightrope for two-and-a-half years. Eventually, the rope snapped.”

The Southern District investigated and jailed Trump fixer Michael Cohen, successfully prosecuted GOP Rep. Chris Collins, and was investigating Rudy Giuliani and his associates.  As the 2018 midterm elections approached, a Justice Department nabob from D.C. called with a request: “It’s time for you guys to even things out.”

Trump loved to demonize ex-Secretary of State John Kerry. He posted two Tweets alleging, without evidence, that after leaving office Kerry violated the law by speaking with Iranian officials about the nuclear deal that Trump jettisoned.  Justice told Southern District attorneys that it would be responsible for investigating Kerry.  The 1799 Logan Act prohibits private citizens from unauthorized negotiations with foreign governments.

Nothing came of the Kerry “investigation.”  Justice then went after Gregory Craig, a former White House counsel under President Obama.  The grounds: failing to sign in under the Foreign Agents Registration Act on work done for Ukraine years earlier.  Berman felt there was no violation. The case was shopped to the U.S. Attorney for Washington, D.C., who brought charges.  A jury took just five hours to acquit Craig.

“The Department of Justice was not a private law firm dedicated to the president’s personal interests and it was shameful when they operated as if it were,” writes Berman.

One case hinged on a Trump mood change.  Southern District was probing the Turkish bank Halkbank for allegedly violating U.S. sanctions against doing business with Iran.  Our 45th President had money in the Trump Towers Istanbul and admired Turkey’s authoritarian President Recep Erdogan.  AG William Barr wanted Berman to give the bank a non-prosecution agreement.  But Trump later soured on Erdogan.  Barr called Berman, this time urging him to go ahead with prosecution.

Eventually, with the 2020 election months away, the Trump brass decided to rid themselves of this troublesome prosecutor.  Barr summoned Berman to a meeting at the Hotel Pierre in New York. As Berman relates it, the AG told him: “If you do not resign from your position, you will be fired. That will not be good for your resume and future job prospects.”

He had a replacement in mind, Securities and Exchange Commission chair Jay Clayton, a man close to Trump.  To get Berman out of the way, the Southern District prosecutor was told he could head the Justice Department’s civil division. It was a post where, as Barr told Berman, he could “attract clients and build a book of business.”

Berman said no.  “Several hours after Barr and I met, on a Friday night, [Barr] issued a press release saying I was stepping down. That was a lie . . .  a lie told by the nation’s top law enforcement officer,” Berman writes. The Southern District of New York rebelled and its chief prosecutor put his case to the press.  Barr had to beat a hasty retreat and picked Berman’s competent deputy Audrey Strauss to head the most important of the nation’s 94 U.S. Attorney’s offices.

Politicians have often chafed at prosecutors’ professionalism.  The Bush II administration removed eight U.S. Attorneys, including John McKay in Seattle, apparently judged too aloof and professional.  The Daley machine in Chicago long sought to install a Cook County State’s Attorney who would not probe the fixers and fixes integral to governing the Windy City.

The Trump high command, often likened to a Mafia family, carried matters to extremes.  Berman does not scrimp when it comes to describing its capos and consiglieres.  Berman is a onetime law partner of Rudy Giuliani with much to say about Trump’s chief legal adviser. It was no secret Giuliani was increasingly “unhinged” and attached to the bottle.  Berman writes of a “cross selling” dinner designed to introduce Rudy and fellow lawyers to clients from “a large financial institution.” The dinner proved a “train wreck” triggered by the drinking of America’s mayor.

As related by Berman, Giuliani engaged a guest “wearing a yarmulka who had ordered a kosher meal.  Apparently believing the guy was a Muslim, Giuliani said:  “I’m sorry to have to tell you this, but the founder of your religion is a murderer.”

“A pall fell over the room,” writes Berman.

It’s entirely possible Donald Trump, Rudy Giuliani, and various Trump capos will be indicted.  Indeed, in a radio interview last Wednesday, Trump predicted disorder in the streets should anybody try to book him.  No. 45 claimed that nothing will deter him from another run at the White House.

The Berman book is amazing, amusing, and filled with insight into how this country was run for four years.  What’s vital to understand, however, is that’s how American might be governed starting on January 20, 2025. Just browse through a Trump-less Twitter and read loud voices on the right promise retribution and prosecution.