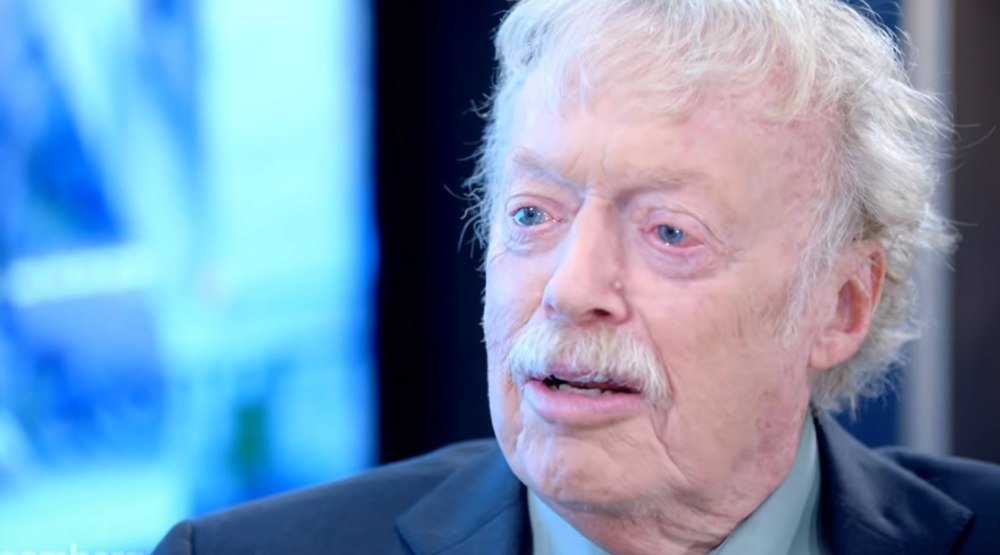 Phil Knight’s Folly? Why is a Self-Proclaimed Environmentalist Supporting a Timber Industry Candidate for Oregon Governor?

“I think everyone born in Oregon is an environmentalist by birth.”

Those are the words Phil Knight wrote in his 2016 memoir Shoe Dog, the tale of his messy and often chaotic rise to becoming the richest man in the Beaver State, and the 24th richest man in the world, with an estimated net worth of $54.5 billion, according to a Forbes ranking in 2020. Knight is also – at least he claims to be – a prominent environmentalist who stands bravely on the frontlines in fighting climate change.

His Beaverton, Oregon-headquartered company, Nike, the world’s largest athletic shoe and sports apparel maker, has over the past several years worked diligently to burnish its reputation as a fierce defender of the planet’s increasingly vulnerable environment..

For instance, a key part of the company’s “Move to Zero” campaign is helping to protect forests throughout the world, a hugely important tool in combating climate change. As the Huffington Post recently reported, Nike, through its six-year partnership with WeForest, an international reforestation organization, says it has funded the planting of more than 1.4 million trees in Brazil and Ethiopia.

“And in its native Oregon,” writes Huffington Post, “the company has purchased forest carbon offsets from EFM, a Portland-based investment manager, to make up for emissions associated with shipping its merchandise.”

Six years ago, on the day before he turned 78, Knight wrote a check for $400 million to Stanford University to create a new program called Knight-Hennessy Scholars. Graduate students chosen for the program were to address the “increasingly complex challenges facing the world,” such as poverty and climate change.

All of which begs the question: Why then is Nike’s 84-year-old co-founder and chairman emeritus, doling out fantastic sums of money to one of the staunchest political allies of Oregon’s timber industry?

To date, Knight, or “Uncle Phil,” as he is affectionately called in Oregon – particularly among the University of Oregon’s sports fanatics – has given a staggering $1.75 million to Betsy Johnson’s bid for Oregon governor, representing roughly 18 percent of the total money she’s amassed so far for her campaign.

Johnson, a 71-year-old former Democratic state senator – often referred to as the Senate’s most moderate Democrat – decided in October 2021 to run as an independent in what has become a surprisingly close three-way race to determine who will replace the term-limited Kate Brown, rated in one poll the most unpopular governor in America.

Johnson faces Democrat Tina Kotek, the former House Speaker, and Republican Christine Drazan, who once served as Oregon House minority leader. Johnson also has a record of doing the bidding of Oregon’s logging sector that has long wielded enormous clout in the state and helped make Johnson a wealthy woman.

Johnson grew up in Redmond, Oregon, the center of her family’s logging and mill operations. The Johnson Foundation, named for her late father, Samuel Spencer Johnson, has assets of $17.5 million, and Betsy and her younger sister, Patricia, disperse $700,000 each year to various charitable causes.

Calls left to Johnson’s campaign office and home by Post Alley were not returned.

During her 15 years in the Oregon Legislature, Johnson took more than $100,000 in campaign contributions from timber interests. She was one of three Senate Democrats in 2019 to vote against the House Bill 2020, which would have capped the state’s carbon emissions. Her environmental voting record is poo; the Oregon League of Conservation Voters scored her at 41% in 2021.

“It does seem like rank hypocrisy,” grouses Steve Pedery, conservation director at Oregon Wild. “But Phil Knight does have a long history of funding distasteful Republicans.”

Phil Knight has given plenty of cash to candidates and causes in Oregon over the years, but the $1.75 million he has poured into Johnson’s campaign is a big number, even for the billionaire Nike founder. Johnson has raised more than $10 million since she began her campaign, more than $1 million more than the combined totals of Kotek and Drazan.

It is safe to say, Knight has never given so much to a Democrat or even an ex-one at that, as he typically backs Republicans. “If I had to guess, I’d say Phil is an Ayn Rand Republican,” says Pedery. “He wants to eliminate the Nanny State.”

In 2010, Knight gave former Portland Trail Blazer Chris Dudley, a Republican running for governor, $400,000. Dudley went on to lose a razor-thin race to Democrat John Kitzhaber. Four years later, though, Knight reversed course, and backed Kitzhaber with a check for $250,000.

Then, in 2018, Knight, reports Oregon Public Broadcasting, “dialed his political giving way up  when he contributed $2.5 million to the campaign of then-Republican state Rep. Knute Buehler, who was challenging Gov. Kate Brown.” In an interview with OPB in 2018, Dudley reflected, “It’s not surprising that [Knight] would connect with Knute. Similar to myself, Knute is moderate, and he lines up with where Phil is on a lot of stuff: He’s pro-choice, he’s pro-free trade, he’s pro-business, he’s in favor of pension reform to fix the funding of schools.”

Knight, of course, was accused of trying to buy a Republican the governor’s mansion, but at the end of the day, Brown cruised to victory over Buehler. “He has given money mainly to oppose Democrats, and I think that largely has to do with tax policy,” John Horvick, a prominent Oregon pollster tells Post Alley. “But that’s just my impression.” Attempts by Post Alley to reach Knight for comment through Nike’s communications office in Beaverton have been unsuccessful.

In April of 2022, after receiving Knight’s initial $750,000 campaign contribution, Johnson issued a statement that read: “Without the money and machinery from the two- party system, I need all the help I can get to rescue Oregon. “Phil Knight deeply loves Oregon and is willing to put his money where his heart is, like so many others helping our campaign. I am proud to have him in my corner.”

Without question, Johnson is seeking support among voters who are fed up with each political extreme. In her most recent barrage of TV ads, Johnson says, “If elected, I will crack down on homelessness, and protect a women’s right to choose.”

Democrats have held the Oregon governorship for 40 consecutive years. Utah is the only other state to have chosen a governor from the same party – albeit a Republican – since 1982. But since 2002, Democrats have captured the governor’s office by an average of only 5 percent and, in the past 20 years, have never surpassed more than 51 percent of the total vote in the general election.

Oregon has voted for only one person as governor who was not affiliated with either party, Julius Meier, an Independent, who served from 1931 to 1935. Horvick said the latest polling on the race that he has seen or conducted on behalf of clients was five weeks ago. “And it shows Tina with a consistent lead, in the low to mid-thirties,” he says, “with Christine Drazan in second, and Betsy in the low to mid-twenties.”

In less than two months, we will know whether Oregonians will put an end to that 87-year tradition, or whether Phil Knight’s decision to bet big, really big, on Betsy Johnson, whose environmental credentials would seem anathema to him, will reap political dividends.