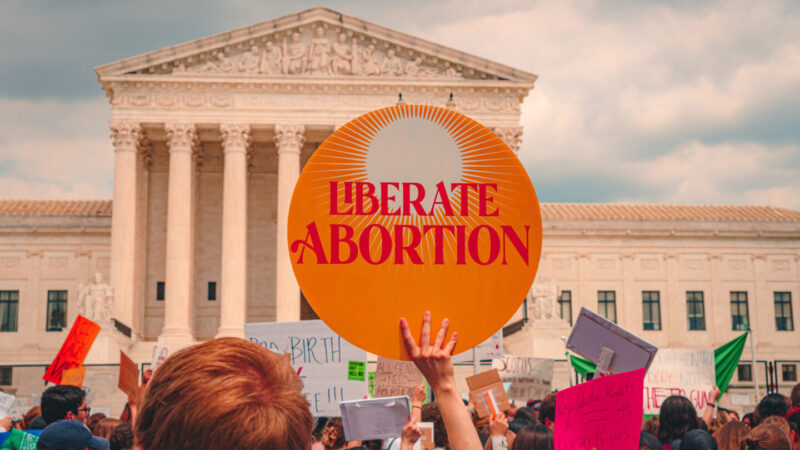 By overturning the half-century precedent of Roe vs. Wade, and allowing states to enact abortion bans, the U.S. Supreme Court has breathed new life into Democrats’ prospects in the 2022 midterm elections. Sen. Patty Murray, running for reelection to a sixth term this fall, has seized on opportunity that goes with her passionate convictions on the issue.

Murray has set a nationwide model for staking a pro-choice position and roasting her opponent on a stake.  She has used abortion rights to hammer Republican challenger Tiffany Smiley in TV commercials that began in mid-spring.  Smiley has only lately responded, and Republicans across the country have been slow to react.

The results so far:  The Democrats have punched above their weight, increasing their vote in five special House races.  They captured Alaska’s lone seat in results announced Wednesday.  Rep.-elect Mary Peltola staked out a pro-choice position in winning over ex-Gov. Sarah Palin, a longtime abortion opponent. Nationally, polls are moving away from the much-predicted “Red Wave.” Women are registering to vote in greater numbers than men.

Republicans are stumbling to scrub their websites and moderate their hard anti-abortion stands used to please the base. In Arizona, Senate candidate Blake Masters had earlier described abortion as a “form of genocide,” characterized supporters of abortion rights as “demonic,” and described termination of pregnancies as “religious sacrifice.” He has lately told the Arizona Republic that the state’s ban on abortions after 15 weeks was “a reasonable solution.”  His call for a “federal personhood law” and reference to being “100 percent pro-life” have disappeared from his website.

Murray was out of the gate describing Smiley as “Mitch McConnell’s hand-picked candidate” who would support a federal ban on abortion if elected.  (McConnell has spoken of but not endorsed such a ban.) After three months of pounding, and a less-than-stellar primary, the Republican challenger responded by putting up a TV spot denying she is an “extremist” and arguing: “As an OB-GYN triage nurse, I have seen the heartbreak and the tears,” she says. “I’m pro-life but to be clear: I will oppose a federal abortion ban.”

U.S. Rep. Kim Schrier, D-Wash., facing a difficult reelection in the 8th District, has stressed her work as a pediatrician and her pro-choice views.  So it has been nationally.  Since Justice Samuel Alito’s draft of the Dobbs decision leaked into the press, Democratic groups have spent $30 million on TV ads and $7 million on Facebook advertising stressing support for abortion rights.

U.S. Rep. Cindy Axne, D-Iowa, is a top target for Republicans in the 2022 midterms.  She is running a TV spot showing GOP opponent Zach Nunn raising an approving hand in a primary debate when asked if all abortions should be illegal – “all abortions, no exceptions,” said the moderator.

State Sen. Doug Mastriano, the Republicans’ gubernatorial nominee in Pennsylvania, has made opposition to abortion a centerpiece of his political career. After the Supreme Court threw out Roe v. Wade, Mastriano called the decision “a triumph.” Then, he flipped around saying “the other side wants to distract us” and that abortion “must not take our focus away from the key issues facing Pennsylvania families.”

If you missed the movie Twister, try to follow Adam Laxalt, the Republicans’ Senate candidate in Nevada, as he straddles the abortion issue.  Laxalt previously labeled Roe v. Wade “a joke” and decried the lack of abortion restrictions in the Silver State.  Last month, however, he published an op-ed opposing a nationwide abortion ban.  Laxalt has since said he would support a ban after 13 weeks, with his web site promising that Laxalt “will be a reliable vote against extreme” pro-abortion legislation.

Polls are a snapshot in time but the current ones explain why Republicans are skittish and Democrats are doubling down. “A majority of registered voters (56 percent) say the issue of abortion will be very important to their midterm vote, up from 43 percent in March,” the Pew Research Center reported last week. It found an upsurge in voting intent by Democrats.

The latest national Wall Street Journal poll shows a flip flop from earlier this year.  Its generic vote figures have gone from a 46-41 percent advantage for Republicans early in the summer to a 47-44 percent lead for the Democrats.  “Roe is on the ballot,” President Biden proclaimed after the Dobbs decision.  He has seen a five-point uptick in approval to 45 percent.

Patty Murray began her bid for a sixth term as a somewhat insular incumbent, the “mom in tennis shoes” having taken on trappings of a senior U.S. Senator.  But the decision hit on an issue of passionate convictions.  Over the years, Murray has been at her best when holding forth at Planned Parenthood’s East Madison clinic, deploring threats to abortion rights and anti-choice Supreme Court nominees.

The turmoil over abortion, and stringent bans already enacted in Midwest and Southern state, are helping the Democrats.  But the election is more than two months away, and the D’s can always overdo it.  In 2014, Sen. Mark Udall, D-Colorado, aired spot after spot on abortion rights, so much so that the Denver Post nicknamed him “Mark Uterus.” Udall lost his seat.

With relentless emails, Tiffany Smiley clings to the argument that we are the No. 1 Senate contest in the nation.  Not so.  Sen. Murray looks less vulnerable. She’s also become a model for how Democrats’ fortunes have improved.