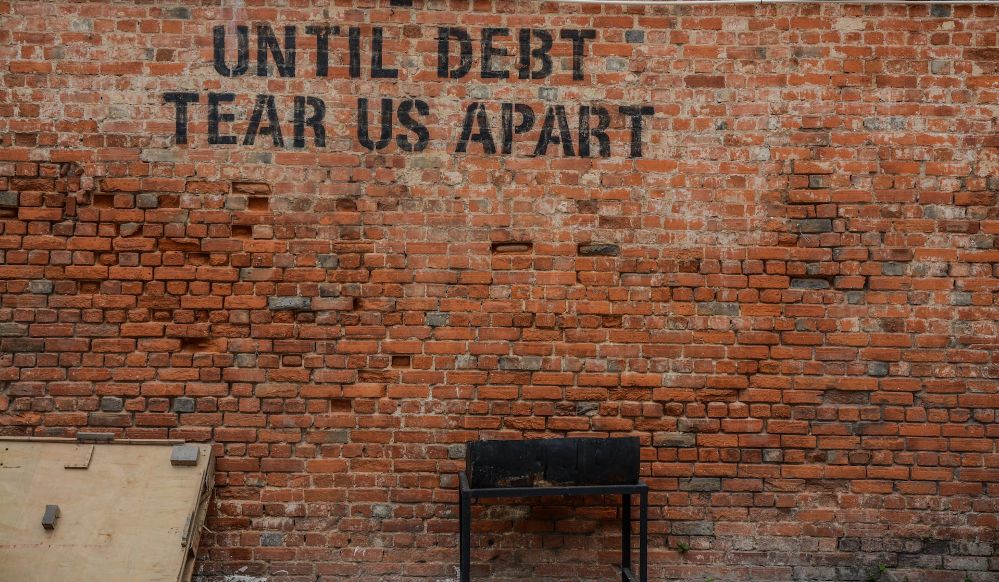 Loan Forgiveness: What Would God Do?

Recently the Biden Administration announced a program of debt relief for people who had taken students loans for college. Predictably, some rejoiced while some others gnashed their teeth. A middle ground was occupied by those debating whether the program would prove inflationary. Forgiveness can upset people, as does its theological cousin, grace. The idea of someone getting off or forgiven for having debts cancelled can be offensive.

The Bible is actually pretty clearly in the debt-forgiveness camp, a topic explored at somewhat greater length here. And we’re not just talking spiritual debt, Original Sin, and forgiveness. We are talking actually financial debt. As the linked article notes, biblical Israel had several built-in plans for loan forgiveness, one that happened on the seventh year, another on the 49th year (Jubilee). The purpose of these measures was to avoid the creation of a permanently disinherited and landless underclass.

Then people’s “lot in life” really was a lot, a piece of property. Land was the basis of survival and security. Debt forgiveness in the Bible was generally aimed at restoring someone’s inherited or familial piece of land that had been put at risk or lost because of indebtedness. Getting people their chunk of the land back was a way of keeping some from accumulating too much while others had nothing at all. It worked, when it was implemented, imperfectly. But it was something.

Now the Biden Administration is making it possible for those holding educational loans to knock as much as $20,000 off their debt if they are below an annual income level of $125,000. I’m in favor of the program, but the income limit struck me as high. I don’t know that I ever made that in one year.

But that is how we view these things, through the prism of our own experience. We object when we think someone is getting a better deal than we did. We say it is unfair.

While fair-play is a good general rule, I’m not sure that those who begrudge this loan forgiveness program are on firm ground. We generally see ourselves as having played fair and by the rules, while we’re not so sure about others. Or to put it more sharply, we forget or overlook the ways that we too have been the beneficiaries of other’s generosity or of some form of grace.

So it was no big surprise to read that some of those objecting the loudest to the Biden program had conveniently forgotten or overlooked debt forgiveness they had received during the pandemic. Here’s a short list of the angry amnesiacs from Heather Cox Richardson’s newsletter:

Some of Scripture’s best stories, and Jesus’ most disturbing parables, revolve around forgiveness and grace. The prodigal son comes to mind, but so too the parable of the workers in the vineyard (Matthew 20).

Among the points that these parables make is that God is not fair. God is gracious. Most all of us get more and better than we deserve. When we angrily insist on fairness we have often, like the members of Congress cited above, forgotten that we too are recipients of grace who are called to be gracious to others. From a Biblical point of view we are all debtors.

These days our society teems with anger and grievance. So a debt-forgiveness program is pretty counter-cultural. And also: most welcome.

Anthony B. Robinsonhttps://www.anthonybrobinson.com/
Tony is a writer, teacher, speaker and ordained minister (United Church of Christ). He served as Senior Minister of Seattle’s Plymouth Congregational Church for fourteen years. His newest book is Useful Wisdom: Letters to Young (and not so young) Ministers. He divides his time between Seattle and a cabin in Wallowa County of northeastern Oregon. If you’d like to know more or receive his regular blogs in your email, go to his site listed above to sign-up.
Previous article
Mikhail S. Gorbachev, Reformer who Helped End the Cold War, Dies at 91
Next article
Starbucks’ Uncertain Leadership