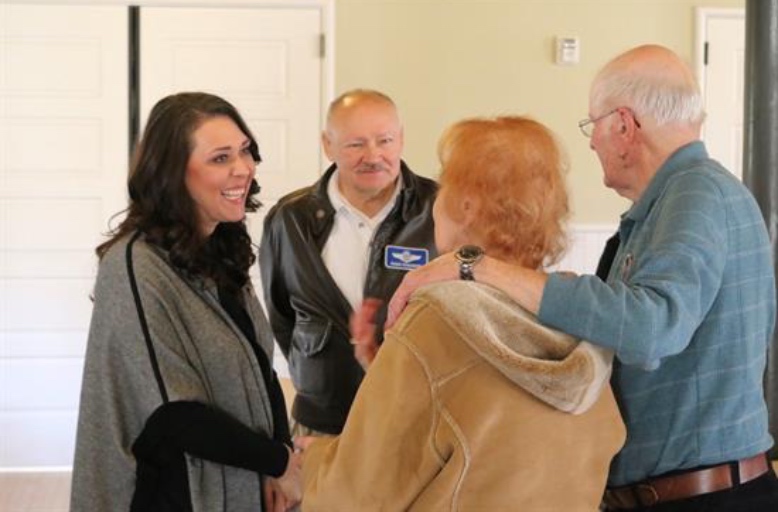 A few weeks ago, I wrote a story about how a carefully anonymized political action committee was running a high-dollar mischief campaign in an attempt to save incumbent Republican Rep. Jaime Herrera Beutler’s bacon in the 3rd Congressional District.

Well, we’ve got a little more insight into where that money came from, thanks to the most recent filing to the Federal Elections Commission by the PAC in question, Conservatives for a Stronger America. The PAC ran an independent campaign in favor of Christian blogger Heidi St. John, and against Joe Kent, the Donald Trump-endorsed MAGA Republican who ultimately wound up taking out Herrera Beutler in the primary over her vote to impeach Trump over the Jan. 6 insurrection.

The campaign was intended to peel off support for Kent among social conservatives in hopes of allowing Herrera Beutler to slip through the Republican primary. The GOP establishment is correctly worried that nominating Kent might cough up a previously safe GOP seat. The plan almost worked: St. John got more than 35,000 votes; Kent beat Herrera Beutler by just 1,096 votes.

Even though the tactic didn’t pan out, it’s a classic example of how big money from outside Washington plays in our politics. The roughly $1.5 million independent campaign was more than St. John herself raised and spent. Recall that the committee gamed the FEC’s deadlines to hide the source of that money. Donations came in after July 1, the deadline for quarterly disclosures, which meant Conservatives for a Stronger America didn’t have to report the source until Aug. 20.

These are professional Republican operatives looking to take the House for the GOP; they had no interest in St. John except as a way to squelch the vulnerable Kent. If the source of the money had been disclosed in real time, Kent’s campaign would have had a much easier time defending against it. However, the suspiciously anonymous nature of the money was widely reported in the district, and clearly just enough of the conservative voters inclined to bounce Herrera Beutler smelled a rat and cast their lot with Kent.

One of the interesting things to watch in the fall campaign is whether that establishment money holds its nose and shows up for Kent, whose presence in the race makes an instant contender out of Democrat Marie Glusenkamp Perez in what should have been a safe district for Republicans. Even though he figures to be a loose cannon in Congress in the vein of Matt Gaetz and Marjorie Taylor Brown, Republicans might need the 3rd District to cast the 218th vote to elect Kevin McCarthy as Speaker of the House.

After months of dissing Kent as a carpetbagging Bernie Bro from Portland, St. John swiftly pivoted to endorse him after the primary, denouncing Democrat Perez as a dangerous Marxist. Perez’s campaign, meanwhile, is gleefully beating on Kent over his various outlandish statements. calling him a “right-wing extremist and white nationalist.”

This story first appeared on the author’s website, The Washington Observer.

1. The name refers to the date of the founding of the Republican Party.

Paul Queary
Paul Queary, a veteran AP reporter and editor, is founder of The Washington Observer, an independent newsletter on politics, government and the influence thereof in Washington State.
Previous article
The LA Times: How to Dismantle a Great Civic Institution
Next article
Justice William O. Douglas and the Wilderness He Saved