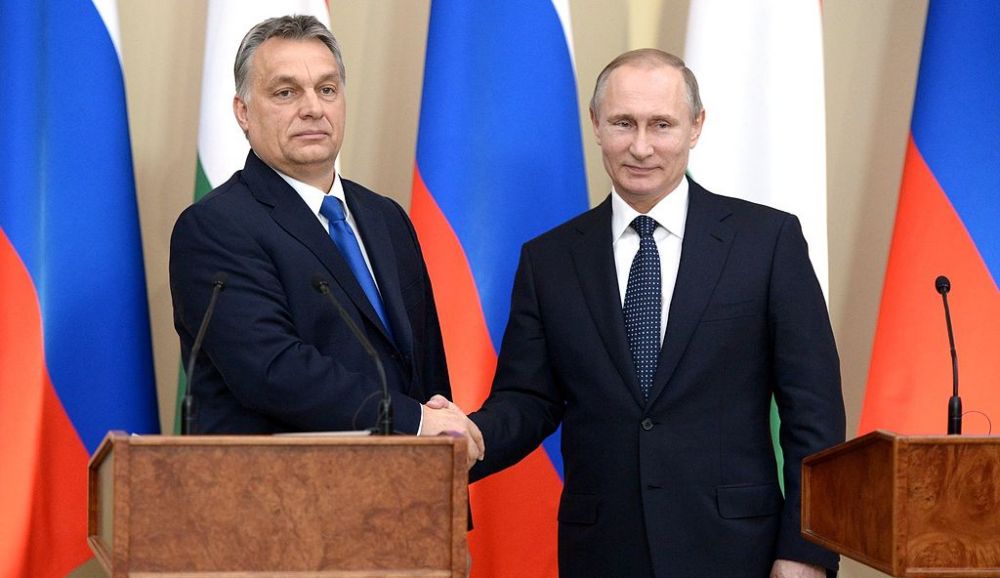 Lessons from Hungary: How to Undermine a Democracy

A version of this article first appeared in The Medium.com — Editor

Was there really an attempted coup in America? Rep. Bennie Thompson, chair of the House of Representative’s select committee investigating the insurrection at the US Capitol, has said, “January 6th was the culmination of an attempted coup.” This conclusion was echoed by numerous journalists in mainstream media and on the left. Conservatives and Republicans deny any such charge.

Recently, Sally Denton wrote in the Guardian about a 1930s Coup Attempt Against FDR; there had been a former such attempt. The retired US Marine Corps Maj Gen Smedley Butler testified before Congress that a group of Wall Street financiers recruited him to lead a fascist coup against FDR. The Roosevelt Administration took no action on the General’s claim, so the episode has slipped into a footnote in history.

The mob of a thousand trying to stop Congress from certifying Biden’s election on January 6 could squeeze into a definition of a coup. But it was not a military takeover of a democratic government which is a classic definition of a coup d’etat. Those coups happen regularly across the globe, as in Spain (1936), Chile (1973), Burma (1988), and Egypt (2013). Focusing on this limited definition of a “coup” as a single violent action to overthrow an existing government ignores the more significant and insidious practices that endanger our republic. Democracies have collapsed without being toppled by the military or even a rioting mob.

The Concentration of Political Power sets the Stage. The most insidious threat is an elected leader and a single political party bending the rules to alter the balance of power between the executive, the legislature, and the courts. An executive can apply newly gained power to direct those institutions and the national bureaucracy to muzzle government critics by restraining a free press and tilting the electoral process.

Becoming an authoritarian ruler is not a solo act. Dependency on an elite of wealthy benefactors is necessary but not sufficient. A populist uprising against the status quo is also an essential ingredient. Most citizens need not revolt, but the dissatisfied must be the loudest, best organized, and constituting a plurality of the voting population.

Last month, Tunisia became the most recent example of a democracy slipping into authoritarian rule when political power is consolidated at the top. A referendum handed over ultimate authority to President Kais Saied, passing with over 94 percent approval. Although the referendum retained the Tunisian Constitution’s clauses concerning rights and liberties, they could be effectively ignored because the president alone would now appoint government ministers and judges, reducing parliament’s authority.

An election allowed Saied to consolidate his powers over the previous year when he mainly ruled by decree. He suspended parliament and fired his prime minister. As a result, he slanted the election process to favor the referendum. In response, there were mass boycotts, and many citizens were resigned to not voting on a predetermined result. At one time, Tunisia was seen as the only democracy to survive the revolts that swept the region in the Arab Spring uprisings a decade ago. That is now only a memory.

An International Hero as Strongman. Hungary’s Prime Minister Viktor Orbán spoke at America’s Conservative Political Action Conference, CPAC. He received repeated enthusiastic applause, notably when he told attendees they were “in a battle to protect
Western civilization against the forces of liberalism and mass migration.”

On the other hand, mainstream media tag him as the poster child for how a democracy can be converted into an authoritarian government. Of course, CPAC didn’t advertise his appearance that way, but they liked his message and admired his ability to win elections. CPAC spokesman Alex Pfeiffer told NBC News, “The press might despise Prime Minister Orbán, but he is a popular leader.” And there is some truth to that.

Two years before becoming Prime Minister, more than 80 percent of the electorate approved a referendum to abolish fees for doctors and hospital visits and university tuition, steps that Orbán’s Fidesz party initiated. Providing benefits in a down economy can rally reactionary populists to push for a strongman to lead a nation. As a result, Orbán’s party solidly beat the ruling Socialist Party in 2010. Since then, his Fidesz party has controlled their parliament.

While Orbán has gained both national support and international attention with his anti-immigrant policies, his political success in winning reelections is due to his undermining of democratic institutions.  Over the past 12 years, Orbán has converted a republic into a top-down government that effectively silenced the critics and stopped their legal and political challenges to its authority. As a result, Orbán goes down a well-worn road toward authoritarian rule. Nevertheless, his accomplishments have brought cheers from other autocrats and those attending the CPAC conference.

Fox News’ Tucker Carlson describes Hungary as a “small country with a lot of lessons for the rest of us.” Are those lessons on how to pass laws that discriminate against non-European immigrants, non-Christian religions, and non-traditional families under the banner of preserving Western Culture? Is Tucker also including how to obtain and retain political power by hollowing out obstructive democratic institutions?

By crippling the independent media, the judiciary, and the legislature, Orbán doesn’t have to call in the military to eliminate them. However, by significantly narrowing the powers of these institutions but keeping them still around, an authoritarian government arises while maintaining the illusion of a functioning republic inside and outside Hungary.  This allows world leaders like President Trump to welcome him into Oval Office, saying, “Viktor Orbán has done a tremendous job in so many different ways. Highly respected.” Trump met with him again this year, proudly shaking his hand for the cameras.

In Hungary’s case, a team of European Union NGOs specializing in Press and Media Freedom investigated Orbán’s government’s treatment of the media in 2019. They found that Orban had created a pro-government media empire, financed by allies, to allow the Fidesz party to hold on to power. The report concluded that “The Hungarian system of media control was deliberately designed to deter scrutiny and provide its rulers with superficial deniability.” Hungarian journalist Paul Lendvai reported that “80 percent of the news is in the hands of the government.”

A year after the report was released, in 2020, the Fidesz-controlled Parliament granted Orbán emergency powers to rule by decree, to suspend elections, and otherwise expanded Orbán’s capabilities. It mandated harsh penalties for disseminating false news, such as jail for up to five years, aimed at “anyone who intentionally spreads what the government classifies as misinformation.” The few remaining left- and right-wing independent media are labeled as “Hungary-haters,” foreign agents, or traitors, and their advertisers are harassed.

There are similar alarming trends in America — the loss of many newspapers and the concentration of media outlets. Steps can be taken to stop a further drift toward a national media market having even fewer owners. The Fairness Doctrine for broadcast media, which was dropped by the Reagan administration and then eliminated under the Obama administration, should be revived. The Telecommunications Act signed by Clinton, which allowed media concentration, should be repealed. Legislation already introduced to provide tax incentives for locally owned media could be pursued.

Another threat from the Hungary example, is undermining the independent judiciary. According to Human Rights Watch, “In its eight years in power, the Orbán government has packed the Constitutional Court with its preferred justices and forced 400 judges into retirement.” In 2018, the Hungarian Parliament brought the courts further under his control by creating a parallel court system controlled by the Orbán, under which his justice minister will control the hiring and promotion of its judges. All politically sensitive cases concerning electoral law, corruption, and the right to protest will have to come before it as a “public administration” matter. The existing judiciary will have a reduced mandate with no oversight of these new Administrative Courts. Cas Mudde, a University of Georgia professor who is an expert on populism, said that these changes would put the Orbán government in complete control of the elections, banning independent judiciary oversight.

Republican appointments have dominated the Supreme Court for over a half-century. Democrats have been a minority on the Supreme Court since 1970. Trump did not change the party makeup of SCOTUS, but he did enlarge the reactionary wing of conservative justices on it. They set about to reverse previous court decisions, which the majority of its justices now consider liberal aberrations of the constitution. These activist justices see their mission as protecting values that reflect the beliefs of the nation’s founders, overlooking how those beliefs harbored and protected inequalities among citizens based on race, gender, and economic status.

By Executive Order, President Biden in 2021 established a 36-member Presidential Commission on the Supreme Court to provide an “analysis of the principal arguments in the contemporary public debate for and against Supreme Court reform, including an appraisal of the merits and legality of particular reform proposals.” The final report was issued at the end of 2021. It did not endorse any specific changes, but it reviewed, analyzed, and recommended further steps to consider if the expansion or alteration of the current structure of the Supreme Court were pursued. A recent story by Dan Chasan skeptically explores the details of this commission’s report.

We need to keep in mind that democratic governments, which are democratic republics more in name than in practice, have drifted into authoritarian rule because their government’s executive office weakened their legislatures and media outlets. Our culture must believe that democracy can work to halt that trend. That belief is shaken by political leaders such as Trump who attack the reliability of election results. Such messaging leads to a society that will tolerate the rise of authoritarian power, largely because they believe their democracy has already been lost. Democracies are not utopias; they are messy and chaotic at times. But they are accountable to the many, not the few.

Nick Licata is the author of Student Power, Democracy and Revolution in the Sixties.  Now available on Amazon as a Kindle edition for $9.99. Subscribe to Licata’s newsletter, Citizenship Politics.

Nick Licata
Nick Licata, was a 5 term Seattle City Councilmember, named progressive municipal official of the year by The Nation, and is founding board chair of Local Progress, a national network of 1,000 progressive municipal officials. Author of Becoming a Citizen Activist. http://www.becomingacitizenactivist.org/changemakers/ Subscribe to Licata’s newsletter Urban Politics http://www.becomingacitizenactivist.org/
Previous article
Seattle Arts: Reckoning or Opportunity? (Part I)
Next article
What Could Have Been: Grand Civic Space Languishes as Pit to Nowhere