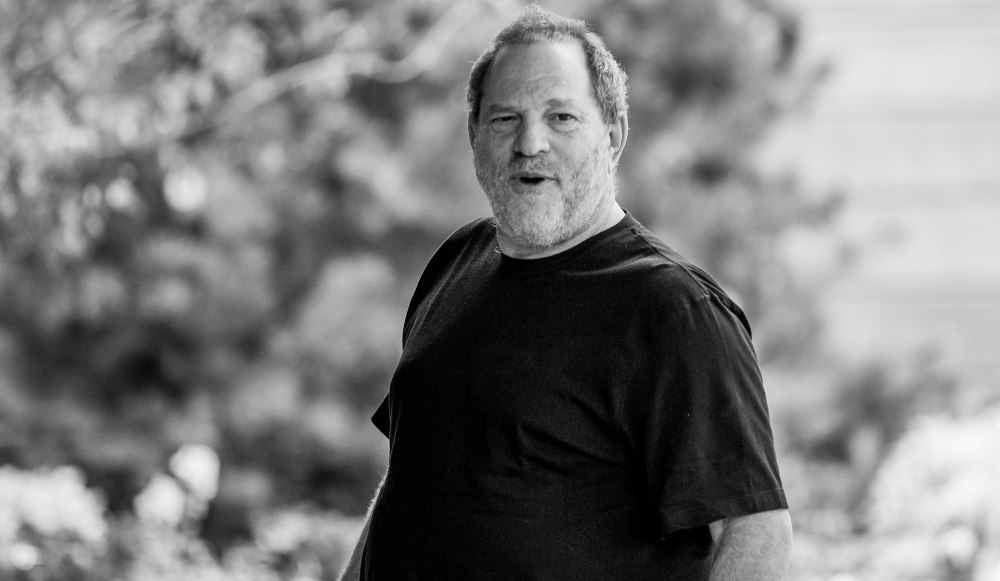 It took him 20 years, but Ken Auletta has finally caught up with Harvey Weinstein. Writing in a new book, Hollywood Ending: Harvey Weinstein and the Culture of Silence, the New York reporter addresses not just Weinstein’s life story but many unanswered questions.

Such as: What led the movie mogul to criminally abuse so many young women? How did he get away with his outrageous behavior for decades? Was there something in Weinstein’s past, a Rosebud moment that explains his personality?

Auletta first profiled Weinstein in The New Yorker but, at that time (2002), he couldn’t confirm  the rumors he’d heard about sexual abuse. This time however, Auletta has managed to produce a cradle-to-conviction account.

The saga begins with the origin story: Harvey and younger brother Bob grew up in Queens in the ‘50s. The household was filled with constant strife and ear-splitting fights between their parents. Mild-mannered Max, their dad, labored long hours as a diamond cutter. Their overbearing mother Miriam had fire-engine red hair and always dressed as if she were going out. She humiliated the boys who never quite measured up to her expectations.

At 10, Harvey suffered a serious accident. While playing Davy Crockett, a friend’s toy musket slammed into Harvey’s eye, requiring surgery and six-months of  home recovery. A next-door neighbor, a librarian, brought him books, which he devoured reading one-eyed: Gone with the Wind, War and Peace, Mila 18, Exodus. He started reading everything.

On Saturdays, Miriam’s beauty-parlor days, Max and his sons escaped to the movies where Harvey became acquainted with the power of the medium and fell in love with art house films. After high school, Harvey was accepted at five of the state’s universities. A friend told him that at SUNY Buffalo he could take courses in the history of blues music and grade himself. That clinched it.

In 1971, Harvey was elected to the student council and, playing on his experience (a summer job at Apple Records), he coordinated student concerts. He lured popular performers like the Stills, making promises to rent an appropriate concert venue and pay the band $20,000. He and his buddy Corky (William Carrao) raised the money locally and made a $6,000 profit. Their success prompted them to skip finals, drop out junior year and form Harvey & Corky Presents. Harvey catapulted into the helm of a company and for the rest of his 40-year career he would remain there.

It was during his impresario years that Harvey first earned a reputation for foisting his will on others, intimidating men and subjugating young women. When it suited his purposes, he could be charming, but he also used an out-of-control temper and bellowing rages to control those around him. It fell to Bob, the younger brother, who first joined Harvey & Corker Presents as an employee, to play good cop to Harvey’s bad cop.

The brothers branched out, moved to New York, and got into film distribution and then into making movies. Harvey and Bob named their firm Miramax, a combo of their parents’ names. By the ‘90s, Disney had acquired Miramax and Harvey gained almost unlimited access to the Disney millions to bankroll his many successful films.

Harvey also had access to a cushy casting couch, the power to make or break acting careers of vulnerable young women. He didn’t stop at prowling women on his own staff. Zelda Perkins, who worked with Harvey, said that when she was hired an older staffer gave her a list. She copied it and passed it along:

Don’t sit on the couch next to Harvey, sit in the armchair;

Don’t give him a massage;

Don’t be alarmed by his violent temper outbursts — it is normal;

Don’t be alarmed when he returns from dinner and sheds all his clothes, dictating notes completely naked or in his boxer shorts. This too is normal.

Weinstein’s ugly history of forced assaults stretched into his 60s, and such gross behavior was concealed when he negotiated lucrative non-disclosure agreements (NDAs) with women ready to expose him. But it was left to one young woman, Ambra Battilana Guiterrez, a 22-year-old Miss Italy finalist, who in 2015 did what scores of others had been loath to do: she called the police and agreed to wear a wire. She got a confession, captured on tape. But Manhattan District Attorney Cyrus Vance, believing he couldn’t get a conviction, dropped the charges.

No matter. Guiterrez had opened the door for others. #MeToo at long last had caught up with Harvey. Women started coming forward with depressingly similar stories of Weinstein’s assaults. They told of the enablers –  the staffers who ushered them to Harvey’s hotel suite. They told how Harvey would appear in an open bathrobe, visit the bathroom to give himself an injection to achieve an erection, ask for a massage and demand sex in exchange for a job opportunity.

Auletta gives full credit to the journalists who finally succeeded in getting women to speak out: Ronan Farrell for his New Yorker profile and New York Times’ reporters Jodi Kantor and Megan Twohey, who scooped Farrell by five days. (“She Said,” a film based on Kantor and Twohey’s breakthrough, will be out in November.) Auletta pays tribute to the three who won the 2018 Pulitzer Prize, writing “I stand on their shoulders.”

In the book’s final chapters, Auletta relives for readers the drama of Weinstein’s 2020 trial. This time Vance went to court and made the charges stick. The jury found Weinstein guilty of third-degree rape and predatory sexual assault. Harvey was sentenced to 23 years and was transported to state prison — ironically in Buffalo, N.Y, where his career began. He’s now facing another trial in Los Angeles.

What made Harvey into the monster he became? Auletta speculates that it stems from the screaming, denigration, and the cycle of emotional trauma he experienced during childhood. Oddly, brother Bob, who grew up in that same turbulent household, didn’t react in the same way. In one of several interviews, Bob told Auletta that he sees much of Miriam Weinstein in Harvey.

Bob said he’d contacted medical professionals, trying to understand his brother. The pros couldn’t diagnose without seeing the patient, but they indicated that Bob was describing sociopathic tendencies: Lack of empathy, narcissism, callousness, manipulation, and hostility.

Those who worked closely with Harvey have long thought about the hole in his psyche that he was desperate to fill. They could see it in the way he ate (so excessively he became obese and eventually diabetic), in the way he chain-smoked cigarettes, in the way he spent money so heedlessly that he burned through a billion dollars of investors’ money at Weinstein Company. And especially in the way he pursued women as prey.

Auletta’s Hollywood Ending is a psychological mystery tale. It’s a saga that makes you feel like you need a long hot shower. It’s also an account that the reader will not soon forget.

Jean Godden
Jean Godden wrote columns first for the Seattle Post-Intelligencer and late for the Seattle Times. In 2002, she quit to run for City Council where she served for 12 years. Since then she published a book of city stories titled “Citizen Jean.” She is now co-host of The Bridge aired on community station KMGP at 101.1 FM. You can email tips and comments to Jean at jgodden@blarg.net.
Previous article
Why the Office of Secretary of State Should Be Nonpartisan
Next article
Bellingham: A Music Festival says Goodbye to its Founder