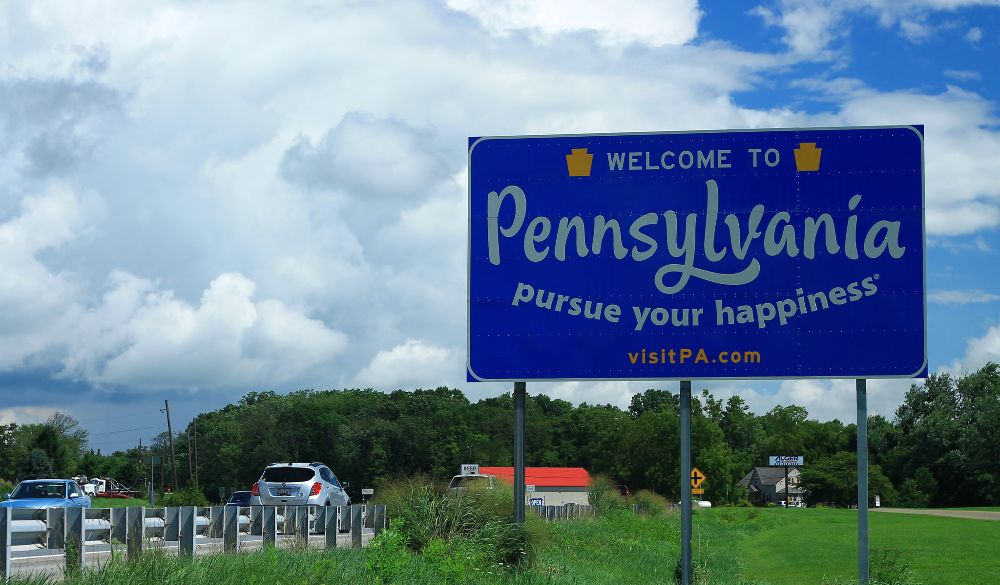 The battle over abortion rights in America now shifts to the ballot box this November, and to Rust Belt states which decided the 2016 and 2020 presidential elections.  No place is more pivotal than Pennsylvania, where Donald Trump has yet to concede his narrow loss to Joe Biden two years ago.

Attorney General Josh Shapiro, a Democrat, made common cause with Washington AG Bob Ferguson in dozens of lawsuits against the Trump Administration, beginning with the Muslim travel ban.  He is the party’s nominee for Governor.  Once home to such moderate Republicans as Gov. Tom Ridge and Sens. Hugh Scott and Arlen Specter, the Keystone State has witnessed a sharp turn to the right.

“That party is no longer present in Pennsylvania, the party of Hugh Scott,” Shapiro said Tuesday night, referring to the GOP Senate leader who led a delegation to the White House and helped persuade Richard Nixon to resign the presidency. The Pennsylvania AG was in Seattle on a fundraising foray before heading back east on a redeye flight.

The Republicans have nominated Trump-backed State Sen. Doug Mastriano, who tried to reverse Biden’s win and came to D.C., two weeks before inauguration day.  “When I turned on my TV on January 6 (2021), my opponent was there,” said Shapiro.  “He marched with the insurrectionists up the steps of the Capitol. He is the nominee of the Republican Party.” It is unclear whether Mastriano entered the Capitol.

Elections have consequences.  Of the upcoming 2024 race, Mastriano has said: “As governor I get to decertify any or all (voting) machines in the state.” The governor of Pennsylvania appoints the secretary of state who oversees elections.  The governor certifies election results.  Republicans control a gerrymandered Pennsylvania Legislature, which has passed anti-abortion legislation vetoed by term-limited Gov. Tom Wolf.

No question where Doug Mastriano stands in post-Roe America.  “’My body/my choice is ridiculous nonsense,” he said recently, adding: “I don’t give a way for exceptions, either.” Of a pregnancy caused by rape or incest, “That baby deserves a right to life, whether it was conceived in incest, or rape, or whether there’s a concern otherwise for the mom.”

Fifty-four percent of Pennsylvania voters disapprove of President Biden’s performance in office, according to a Suffolk University/USA Today poll.  “Polling has him below 40 (percent) and that’s probably a little generous,” said Shapiro. Biden is hard-pressed to break 40 percent approval in Michigan, Wisconsin, and Illinois, other states with gubernatorial elections this year.  Democrats are fighting to hold statehouses.  The party needs to pick up Republican-held Senate seats in Pennsylvania and Wisconsin if it hopes to withstand a “red wave” and keep control of Congress’ upper chamber.

“A ballot that’s top heavy with people viewed as extremists won’t play well in suburban areas, especially among suburban women: We have to start identifying who can win a primary and a general (and) right now, that looks like two different kinds of people,” former Republican Gov. Jim Edgar told Politico.

Shapiro predicts a very close race in Pennsylvania.  The Suffolk/USA Today poll put him ahead of Mastriano by a 44-40 percent margin.  The same survey put the state’s populist Lt. Governor John Fetterman nine points up on Republican Dr. Mehmet Oz.  A Trump endorsement helped Dr. Oz, a surgeon and TV personality and recent New Jersey resident, to a narrow primary victory.  They are competing for the seat of retiring GOP Sen. Pat Toomey.

In 2010, while enduring a “shellacking” (President Obama’s word) in the House, Democrats were able to hang onto Senate control, thanks in large measure to far-right Republican nominees in such states as Colorado, Nevada, and Delaware.  Hopes for a 2022 repeat are dimmed by inflation, high housing prices, and Biden’s uncertain grasp of the presidency.  Crime is a factor:  Philadelphia experienced 563 homicides last year.

The villainy of Trump is on display at House hearings, but Trump’s movement is very much alive. “Such a worry, the feeling that things we took for granted are being taken away from us,” said Shapiro, speaking of the Supreme Court’s reversal of Roe v. Wade.  “This is a big moment for the nation, and I recognize that they eyes of the nation are on the Commonwealth of Pennsylvania.”

Pennsylvania was an original home to “Reagan Democrats,” blue collar workers – many of them Catholics – who left their traditional moorings to back the Republican president.  Similarly, such rust belt cities as Scranton (Biden’s hometown) and Erie, with older populations, went big for Trump in 2016.  Offsetting these rightward shifts, the suburbs of Philadelphia have moved to the Democrats.  In sum, Pennsylvania is a classic swing state.

Shapiro is promising help to Pennsylvanians left behind. He is promising expanded rural broadband, and to sign an executive order doing away with a requirement that you must be a college graduate to work in state government.  If elected, he pledges to “dramatically lower” business taxes and speed up permitting.

With Shapiro and Fetterman, the Democrats offer a strong ticket in a challenging year. How challenging? “It’s all on the line here,” said Shapiro. “We are in a position where the country is in much greater danger than when President Trump took office.”

Hyperbole is ever-present in politics, and is even heard from Bob Ferguson, whose cool challenges so often thwarted Trump in litigation. “The future of our democracy may literally hinge on this election,” he said in introducing Shapiro.

Washington is an “A-minus list” state for political fundraising, a birthplace of economic empires (Amazon, Microsoft) with a robust technology economy. Political visitors from both parties will enjoy the shores of Lake Washington and views of Puget Sound during this election year.

If they’re Democrats, Gov. Inslee can be counted on for a little comic diversion. As a Shapiro warmup, after talking about 2022 as a watershed election for the future of democracy, Inslee added: “If Josh had zero talent whatsoever, we should be here backing him.”

There were a few grins in the room.

Joel Connelly
I worked for Seattle Post-Intelligencer from 1973 until it ceased print publication in 2009, and SeattlePI.com from 2009 to 6/30/2020. During that time, I wrote about 9 presidential races, 11 Canadian and British Columbia elections‎, four doomed WPPSS nuclear plants, six Washington wilderness battles, creation of two national Monuments (Hanford Reach and San Juan Islands), a 104 million acre Alaska Lands Act, plus the Columbia Gorge National Scenic Area.
Previous article
Disconnect: Missteps Over an Intruder at a Seattle Elementary School
Next article
A Little D on D Action: Why Campaign Money is Pouring into a Safe Democratic District