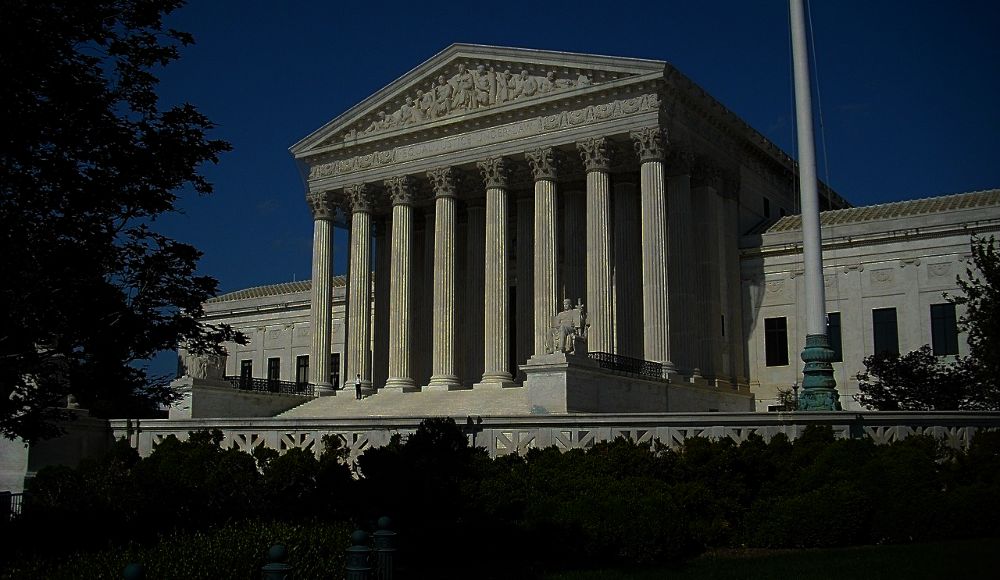 Friday’s Supreme Court ruling overturning the Court’s landmark Roe v Wade ruling which had been in effect since the 1970s, while not unexpected, was the culmination of decades of efforts to overturn it. Below, five Post Alley writers react:

1) Anyone surprised by the Supreme Court’s Friday decision to toss out Roe and Casey hasn’t been paying attention. After the leaked draft opinion – and for that matter, after three new justices were hired to do just that – what did you expect?  Probably no other decision in Supreme Court history has been so clearly telegraphed in advance. And probably no other court has had three members chosen just to rule a certain way on a certain subject.  (FDR certainly picked judges who would rule in favor of his New Deal legislation — Jackson had been his Attorney General, Black a New Deal supporter in the Senate, Douglas his chair of the Securities and Exchange Commission who was subsequently discussed as a vice-presidential running mate in 1944 — but that was a whole political program, rather than a specific case.)

2) As I’ve written before, just scrapping Roe and Casey isn’t the endgame. The endgame is granting Constitutional rights to fetuses, so that states like Washington can no longer make abortion legal. And it may not take another decision. Just as Democrats have been making a show about Congressional legislation that would make abortion legal nationwide, a Republican Congress with a large enough Senate majority could pass a law that made it illegal. (Either way,of course, someone would sue, and  the issue would wind up back in SCOTUS’ lap.)

3) Despite Alito’s assurance that this case was just about abortion – does anyone really believe him — it doesn’t look like the endgame for rolling back rights that the Court has created since the 1960s, either. Now that the SCOTUS majority has taken a holiday from stare decisis, why stop here?

Nightmares sometimes come true. In overturning Roe v. Wade on Friday, the U. S. Supreme Court abandoned its tattered reputation for trust and stepped into the open as a blatantly political institution.

Justice Samuel Alito’s majority (6-3) ruling destroys the long-believed principle that women and men should have equal control over their bodies. The decision does nothing to end partisan rancor, something Alito argued, and in fact only widens and cements that division.

As a result of the ruling, half of the U.S. states will soon ban abortion. Some will actively criminalize the procedure, prosecuting those who seek an abortion and those who assist them. Others will encourage vigilante enforcement of abortion bans and will attempt to extend their laws into states where reproductive rights are still honored.

The decision itself will not end abortion. Just as in the pre-Roe past, those determined to exercise reproductive rights will find a way. Some, newly pregnant, may be able to obtain pills and self-abort. Those who can afford to do so will travel to states where abortion remains legal. On Friday governors of California, Oregon and California issued an eight-point document vowing to maintain the west coast as an abortion firewall.

How long that firewall will stand firm, however, may depend on whether the U.S. Congress remains at least partially in Democratic control. If Republicans make major gains in the midterms, many among them are threatening to pass a law-making abortion a crime nationwide. True believers foresee going further, granting standing to fetuses.

They may not stop there. There are those like Justice Clarence Thomas who see the Supreme Court abandonment of Roe as the first step to revisiting other right-to-privacy cases. That view now threatens landmark decisions like the 1965 Griswold decision legalizing access to birth control, Lawrence v. Texas that overturned sodomy laws in 1998 and the 2015 Obergefell ruling that granted same-sex marriage.

In reacting to the Roe ruling as well as to the decision to allow open gun carry, House Speaker Nancy Pelosi identified Democrats as the party of freedom and safety and Republicans as the party of punishment and control.  She said, “In November, the rights of women — indeed of all Americans — will be on the ballot.”

I first learned that SCOTUS had overturned Roe officially via an early-morning fund-raising email from a group raising cash to back Senate and Congressional candidates committed protecting and restoring abortion rights. More are arriving every hour. Abortion will now be an immense and expensive political battleground at the national level, and particularly in the dozen or so states which do not yet fall into either of the two “settled” camps: the 21 states where abortion rights are clearly protected and likely to remain so, or the 18 states where abortion is entirely or almost entirely prohibited or likely to become so.

While this battle is fought, possibly for years to come, there will be an urgent need to ameliorate the damage inflicted on women in the prohibition states. As we’ve learned from the politics of the climate crisis, there is typically tension between those who want the strongest possible systemic response to a crisis and those willing to “treat the symptoms.” The former fear that if the latter are too successful, it lessens the urgency they can muster for systemic change.

Post-Roe, an all-or-nothing bet on federal legislation to protect abortion rights is a bad strategy and would leave millions of women with no support when they urgently need it.

America has about 75 million women of reproductive age (15-49). Roughly 23 million live in the 18 prohibition states and another 21 million live in the states where the future of legal abortion is contested. Together, this is nearly 60% of all women of childbearing age. If they have abortions at the same rate as the overall population, they will now be prevented from having 350-400,000 abortions/year. What can be done for them without delay?

When Washington voted in 1970 to legalize (with limits) abortion, three years before Roe v. Wade, we were not endorsing radical change but exercising a reasonable use of intelligence.  Human rights were at the root of a decision backed by Democrats and Republicans in the Legislature, and many in the faith community.

Women, and mostly poor women, were being killed and maimed by illegal back-alley abortions.  An anti-abortion sermon at Seattle’s Assumption parish was interrupted by a question from the pews: “Who is to look after the life of the mother?”  Pregnancy put a spotlight on inequality. With appropriate contacts, better off women could visit a clinic near University Village.  A travel agency scheduled abortion trips to Japan, complete with a day of sightseeing in Tokyo.

The U.S. Supreme Court, in its ruling, takes away a right from all Americans and sends decisions on abortion back to the states.  Inequality becomes, again, the law of the land.  Abortion will be outlawed in about half our states.  In some places, women will be forced to bear a rapist’s child.  In all places, the greatest stress will be put on poor and young women who find themselves expecting unexpectedly.

Didn’t we once fight a civil war over this?  In a great Democratic Convention speech, Minneapolis Mayor Hubert Humphrey said it was time to get out from the shadow of states’ rights and into the sunshine of human rights.  The Supremes are sending us back into the dark shadows. What further restrictions to the right of privacy, to make your own life choices, lie in store?

I’m reading cheers at this victory for “life” from politicians (e.g. Washington Rep. Cathy McMorris Rodgers) who have voted to cut Food Stamps and opposed expanded Medicaid coverage to poor families.  Leaders of the religious right gloat at the pact they made, turning a blind eye towards the excesses of Donald Trump as a tradeoff for judicial appointments.

What’s needed?  Washington’s decision of 1970 should today be a model for the nation’s response.  The Supremes have put human rights in danger, the human health of women in peril.  Issues of social equality and fairness, which faced our state then, now confront the nation.

We cannot sit back as a self-satisfied commonwealth, secure that Women in Washington State have the right of choice, while radical judges and legislatures impose their will elsewhere.  Silence gives consent.  We have much outreach ahead of us.

As many have observed, this is the first time our Supreme Court has established a fundamental Constitutional right and then taken it away, unleashing with certainty a bitter national fight in the Congress and in states for years to come as pro-life politicians work to establish a nationwide ban on a woman’s right to choose. And that is what the Trump majority decided today – that a woman has no reproductive autonomy, that once she is pregnant a state government may control her womb.

I remember vividly my own repertorial experience of long ago now – the underground of abortion in the years before Roe, before our own state law protecting a woman’s choice. Some I interviewed had horrific and unsafe procedures while others were guided by a volunteer network to safer settings and outcomes. That world looms again in half the country.

At Seattle’s Town Hall this week, in anticipation of today’s decision, the local president of Planned Parenthood talked of a 385% increase, “an absolute flood of patients,” coming to our state to terminate pregnancies they do not want, coming from nearby states that will now forbid choice. Another participant called it “surreal that after fifty years we are even discussing this question.” State Attorney-General Bob Ferguson warned that the reasoning in today’s rejection of Roe could endanger other rights – to access birth control, same-sex marriage, transgender care.

All agreed that today’s decision is not an end, but the beginning of a nationwide fight to protect reproductive autonomy where it still exists, to extend it if possible, perhaps to become single-issue voters, a tactic that’s clearly worked for the anti-choice movement.

The question now and going forward is the same as ever — Does a woman control her body, or the state? A question as unsettled as ever.

Post Alley Collective
Previous article
Jim McDermott: The Good and Bad of Serving in Congress
Next article
The Stones and Me: Close Encounters with Erratics