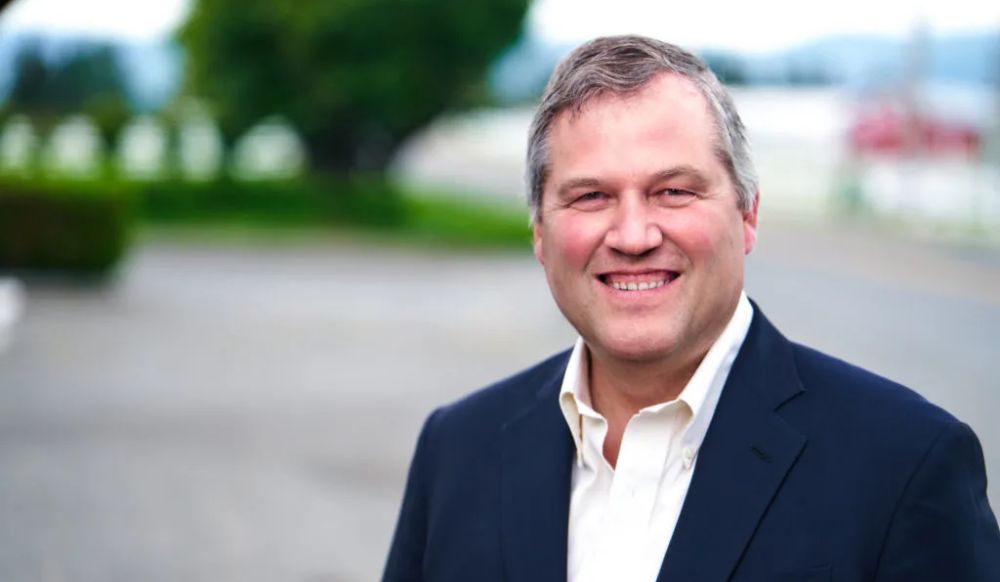 ROY – Out of his study on a 1,600-acre family farm renowned for Wilcox Eggs, state House Minority Leader Rep. J.T. Wilcox has laid careful plans to incubate and hatch a Republican majority this November, in a legislative chamber where his party has held full control for only two of the last 30 years.

Wilcox, 59, Is affable and reassuring, taking an almost paternal pride as he produced a “House Republican Top Pickups” sheet:  Of the eight blue chip recruits on its front page, five are women: He is hoping not only that his party wins in November, but that the election transforms the GOP caucus that he leads.

Donald Trump has been a juicy target for the state’s Democrats. The 45th President and his following have offered up opportunities for demonizing, which has allowed the D’s to sweep the urban/suburban Washington seen from the top of the Space Needle. Democratic State Chair Tina Podlodowski uses Tweets on GOP caucus crazies to motivate her troops and put a face on the state’s Republicans. Favorite targets have included militia-linked former Rep. Matt Shea and 39th District Rep. Robert Sutherland, R-Granite Falls, barred from a legislative office building when he refused to take a COVID-19 test.

Wilcox tossed Shea out of the GOP Caucus, and earlier this year said Sutherland’s use of profanity toward a House security officer “reflects badly on all of us.” He discounts claims of election fraud – “In Washington, we run pretty good elections” – and is palpably impatient with political show horses.  “I don’t want people to be ranters,” he said. “People should respect their position, but this does not automatically entitle you to respect.”

Two of the GOP’s more overmatched lawmakers, State Reps. Vicki Kraft, R-Vancouver and Brad Klippert, R-Kennewick, mounting longshot runs for Congress, will not be back in the Legislature.  Sutherland is facing challenge from a more rational Republican.  Still, Wilcox will have to deal with State Rep. Jim Walsh, R-Aberdeen, who was pictured wearing a Star of David, such as Nazis affixed to Jews, in likening Americans who resist getting vaccinated to victims of the Holocaust.

Democratic strategists in the state are picking up warnings on polls and voicing private gloom.  But, like “Juneuary” weather, the state’s political climate is unsettled.  An early June survey by Public Policy Polling, conducted for the Northwest Progressive Institute, found that 51 percent of 1,039 likely voters prefer a Democratic state House and Senate, while 42 percent said they’d like to have a divided government with Republicans running the legislature.  Seven percent were unsure.

In this “blue” state, Republican leaders need to reassure voters. Joe Biden and Hillary Clinton won Washington by half-million-vote margins. Democrats have a 38-year grip on the Governor’s office. Wilcox and Senate Republican Leader John Braun “are in Seattle every week now,” said the House leader.  The message: “We have caucuses here that we are not going to be embarrassed by.”

They are promising not to undo decades of social progress. A Republican-written budget would fund operations or state government and put money into the Working Families Tax Credit. “It’s a Republican budget, it funds operations of the state without new taxes,” said Wilcox. “As long as we have the money, we are not looking to slash but to reduce the rate of growth.”

In years past, Republicans in Olympia have proposed budgets that starved State Parks and even moved toward privatizing services. Wilcox talks of more money even though Republicans would “get rid of the Discover Pass.”

On transportation, “We’re Republicans so there will be more roads” says Wilcox, plus policies that “don’t force people into transit.” Given prices at the pump, “A vacation on gas prices is real popular.”

Our state’s political right has been routed in culture wars. Washington voted to legalize abortion three years before the U.S. Supreme Court’s Roe v. Wade decision. Voters in 1991 strengthened abortion rights. A 2009 referendum saw voters affirm same-sex civil unions, and in 2012 Washington was one of the first three states to approve marriage equality. In 2020, Republicans in the Legislature were near-unanimous in voting against a sex education program for the state’s public schools.  The religious right again forced a referendum.  Again, voters gave thumbs-up.

A lesson learned: If Republicans want to capture control in Olympia, they must steer clear of excesses demonstrated by GOP-run legislatures elsewhere in the country.  The GOP’s issue of choice is crime. “The average voter is super concerned about safety and property,” said Wilcox.  He cites polling and focus groups done in the 30th District, which flipped to the Democrats in 2016.  As a candidate to win back this one seat, the R’s are running Casey Jones, a Federal Way police officer and commander of the South King County SWAT Team.

Were Republicans’ program put to music, they could use the theme from Dragnet.  Tawsha Thompson, running in the 42nd District, served nearly 25 years as a Bellingham police officer.  Joining her on the ticket is Kyle Christensen, a former Sumas mayor who has worked as a corrections officer.

Seattle-bashing has been tried and failed as a Republican campaign theme.  Last November, however, the city delivered a drubbing to far-left Democratic district organizations and a police-cutting City Council. Bruce Harrell dispatched City Council president Lorena Gonzalez in the race for Mayor, and a Republican convert, Ann Davison, used her opponent’s potty mouthed anti-cop Tweets to capture the office of Seattle City Attorney.

With an exodus from the Seattle Police Dept., and high-profile crimes in surrounding cities, Democrats face a reaction. It’s part of a state political tradition. When a party in power goes too far — Republicans in the early 1980’s, Democrats in 1994 – the voters administer punishment.  Wilcox seems to understand, saying: “We’ve made ideology so important that what works becomes second, third or fourth in importance.”

“Republicans are at a point where they want to win one,” he added.  They need to pick up eight seats for a tie in the 96-member House. (The 1978 election produced a 48-48 split with co-speakers.) A quiet hope in the GOP is to produce legislation that Gov. Jay Inslee will veto, which in 2024 can supply a program and agenda for a viable Republican candidate for Governor.

Wilcox comes across very much as a business Republican, a species that used to win elections in Washington.  He served in 1980 as Yelm High School student body president but waited three decades before running and winning a House seat in 2010. “When I was first elected, I knew more Democrats than Republicans,“ he joked.

A long afternoon interview ended with a libation, and the bounding presence of Wilcox hounds Guinevere and Dante.  They are familiar to readers of J.T.’s Facebook page. Its theme, from beginning to end, reassurance.  J.T. Wilcox laments at how “a lot of bitterness builds up in the minority,” gives a nod to former Democratic House Speaker Frank Chopp for moving “more incrementally than all at once.”

“I’m not a risk taker in politics,” he added.