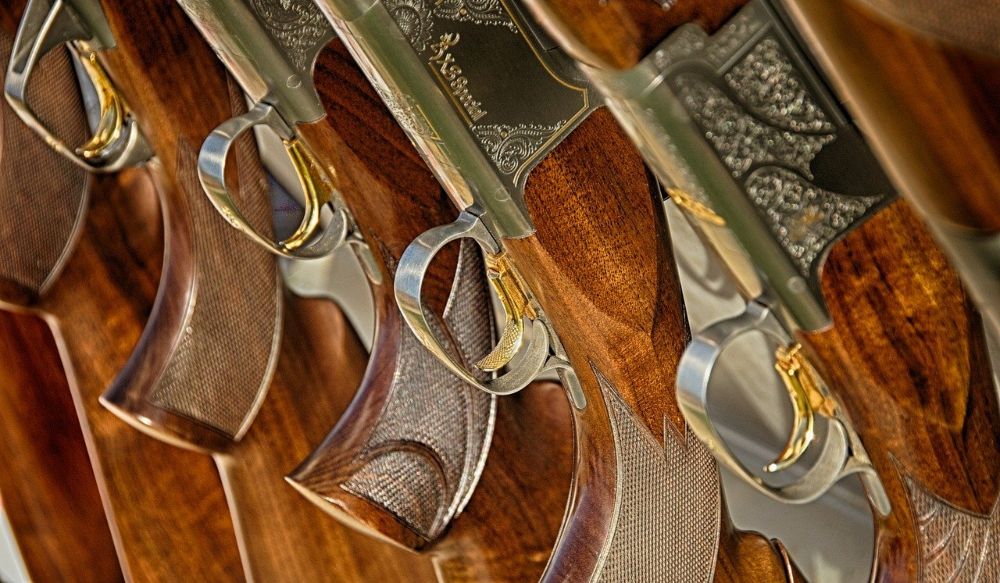 Gun Ownership Rates Do Not Correlate with Gun Violence

The debate over gun safety is polarized and seemingly intractable. I find myself among those who can’t fathom why so many people own guns, why open-carry laws have proliferated, and why there’s easy access to military-style weapons. I don’t see myself moving out of that camp, but I have recently experienced some challenges to my own thinking.

Two points in my re-thinking. First, the number and accessibility of guns is not the only or the whole problem, but the behavioral profile of some gun-owners that requires laser-like attention. Second, America is not going to go gun-free. For all sorts of reasons, guns are too much a part of this culture, and seizing people’s guns, a la Beto O’Rourke in the Democratic Presidential debates of 2016 (later recanted), isn’t an option. So dealing with the problems of mass shootings and gun violence requires a more nuanced and multi-pronged approach than simply “gun control.”

One of those who has challenged my re-thinking is David French, who writes for The Atlantic, and is a principal contributor to “The Dispatch Newsletter.” I’ll be drawing from French’s piece titled, “America’s Violent Heart.” French is a very public “never-Trump” Republican, and because of that he and his family have experienced attacks on their home and threats to their lives.

His “Violent Heart” article, from which I will quote (it is behind a pay wall), begins by arguing that comparing the U.S. to Western Europe on guns doesn’t work. He cites lots of evidence that there isn’t a correlation between gun ownership and gun violence. Without much thinking about it, I have made such a correlation. French continues:

”America stands alone in gun ownership rate. By far. We’re the only nation with more than one gun per person. No other nation comes close. But there are many nations with higher homicide rates, including nations with small fractions of America’s rate of gun ownership.

Gun suicide rates are a big deal and ought not be overlooked, but the main point here is the lack of correlation between gun ownership and homicide/mass shootings. More from French:

“Indeed, pulling away from the state-by-state comparison, our national story is far more complicated than merely stating that more guns means more gun crime. For example, between 1970 and 2015, the American murder rate declined by roughly 50 percent, even as more Americans bought guns and gun laws substantially relaxed in states from coast-to-coast.

“Why [continues French] belabor these points? For a few reasons. First, if we want to be rigorous about our policy analysis, it’s just wrong to equate more guns with more crime and fewer guns with less crime. We know there can be more crime with fewer guns, both from our own national experience and the experience of multiple nations around the globe.

“Second, this extraordinary high rate of criminal violence illustrates the fundamental rationality of armed self-defense in the United States. The extraordinarily low rate of criminal violence in much of Europe helps explain why Europeans are so mystified by the American zeal for self-protection. To apply Miles’ Law—Where you stand is based on where you sit. And if you feel very safe where you sit, it’s hard to comprehend standing for gun rights.”

As noted, French and his family have been stalked and threatened, and their home violated. Both he and his wife own and, I presume, carry guns.

“Talk to people in less-safe circumstances, and the rationality and even prudence of defensive gun ownership becomes quite clear, quite fast. Last week I wrote in The Atlantic that I wished the gun debate featured more people who’ve faced threats to their lives without the wealth to hire security. Given that our nation’s governmental and cultural elite is disproportionately prosperous, they’re less likely to have experienced real danger, and if they do experience danger, they’re more likely to have immediate access to trained security.

“This is why many millions of Americans instinctively recoil from gun-control measures that place additional hurdles in their path to self-defense when they know that criminals will face no such impediments. Outside of mass shootings, acts of gun violence are overwhelmingly committed by people who already break the law to possess the weapons they use.”

French then comes to his bottom-line or take-away, which is to focus more on the most dangerous people and less on guns per se.

”Understanding America’s true cultural problem allows us to refocus our efforts to address gun deaths away from the simplistic (fewer guns!) to the more rigorous (a multifront effort to both keep guns out of the hands of dangerous people and to confront head-on a centuries-old culture of extraordinary criminal violence.) That’s why we can’t roll our eyes at efforts to rebuild families or reform America’s mental-health system as ‘distractions’ from the ‘real’ fight against gun rights.”

I am not sure that I am entirely persuaded, but I do see the point of prioritizing “red-flag laws,” (allowing law enforcement to take the guns away from someone whose behavior signals a problem), as well as measures like waiting periods and more extensive and universal background checks of potential gun owners/purchasers.

The other more general point that struck me in reading French’s article is the focus on people in our society who live in “less-safe circumstances” than I do. In their shoes — in French’s shoes — would I feel differently about guns and gun ownership? I can’t rule it out.

Anthony B. Robinsonhttps://www.anthonybrobinson.com/
Tony is a writer, teacher, speaker and ordained minister (United Church of Christ). He served as Senior Minister of Seattle’s Plymouth Congregational Church for fourteen years. His newest book is Useful Wisdom: Letters to Young (and not so young) Ministers. He divides his time between Seattle and a cabin in Wallowa County of northeastern Oregon. If you’d like to know more or receive his regular blogs in your email, go to his site listed above to sign-up.
Previous article
It was 50 Years Ago Today: When Watergate Became “Watergate”
Next article
Life as it Once Was: A Backwater Peninsula on Puget Sound