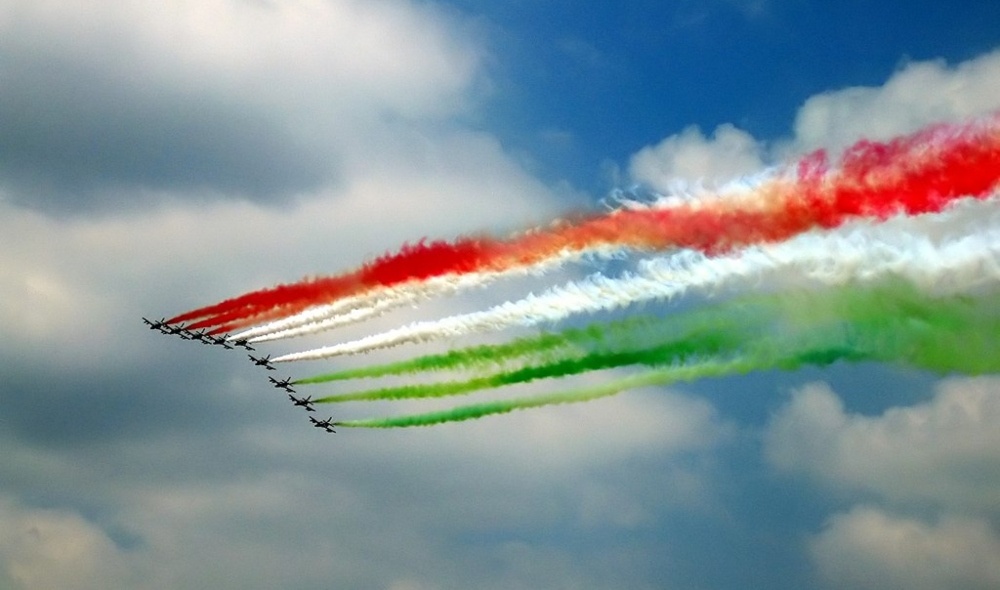 What Italy Learned: Lessons from a Time of Senseless Violence

My wife and I woke up on June 2 in our tiny Italian village expecting to read about the events planned for the Festival of the Republic, Italy’s public holiday that most resembles the Fourth of July in America. Instead, the internet was inundated with still more news of mass shootings in the United States in addition to the murder of 19 schoolchildren and two teachers in Uvalde, Texas, a week earlier.

According to Gun Violence Archive, an independent data collection and research group, the US has had 242 mass shootings since the first of the year — well more than one a day.

The rampant gun violence in America is incomprehensible from a European perspective, especially since it is occurring in a country at peace and not at war. Mass shootings are not unknown in Italy, but for the real bloodshed one must turn back to World War II and its immediate aftermath.

The June 2 Festival of the Republic commemorates the steps Italy took 76 years ago, in June 1946, to abolish the monarchy and rid itself of Fascists who had plunged the nation into more than two decades of horrors and a calamitous alliance with Nazi Germany. Italy informed the Fascists they were no longer welcome in the country. Indeed, many had already fled to South American countries such as Peron’s Argentina, where they were taken in with open arms. Italy also banished the House of Savoy, which had supported Mussolini’s regime, sending the royal family packing to oblivion forever. Italians voted in a referendum for a new constitution and a parliamentary system of representative democracy.

Italy had switched to the Allied side toward the end of World War II and that unleashed a horrific period of massacres. Occupying German troops rounded up families suspected of hiding or helping downed Allied airmen or escaped prisoners of war, lined them up, and shot them in front of their neighbors. Retributions against the occupiers and their collaborators were also horrendous. Although those who lived through the war are dwindling in number, the collective memory is sharply engraved in Italians. Caves where soldiers were hidden were pointed out to me soon after we moved to Italy five years ago. People display photos of murdered grandparents caught in the killing fields.

A few kilometers from our house are the remnants of a concentration camp that had been used by the Fascist regime to hold Jews, homosexuals, and other condemned people before turning them over to the Germans for shipment by train to extermination camps many hundreds of kilometers to the north. High stone walls enclose a now empty area that was once filled with long wooden huts.

In the northeast sector of the peninsula, Yugoslav partisans rounded up Italian families for no reason other than that they were Italian. They tied entire families together — elderly, husbands, wives, children — with cords next to large deep ravines. Then they would shoot the person closest to the edge and the rest would be pulled down to die from the fall or from a slow death in piles of bodies. A friend in adjacent Slovenia tells me that hikers still find human bones wedged in the crevasses.

In the final months of the war, Fascists, perhaps anticipating their future, randomly shot and killed people merely walking along the street. It was a time of human tragedy and insanity. No wonder Italians booted out the dictatorial regime that led the nation to such disaster and ordered its supporters to leave.

Now, a similarly senseless and repeated loss of life is happening with increasing frequency across America. A chart from the Center for Homeland Defense and Security, a research partner of FEMA, shows an exponential increase in school shootings in the years following the 2004 removal of the ban on assault weapons. During the decade when they were banned, school shootings were initially cut in half, though they began to climb again toward the end of the period. But that was when the numbers were in the dozens, not in the hundreds, annually as is the case in recent years.

There must be a deep blackness in the hearts of some Americans to hold the right to own a miliary-grade weapon higher than protecting the lives of children. The willingness to accept random killings as a cost of individual “freedom” is as troubling as anything else. Just as in the postwar era in Europe, perhaps some people deserve to be publicly shamed and shunned.

As with the Fourth of July, many Italian households celebrate the Festival of the Republic with big family picnics or a day on a beach. We made or own holiday events. After starting the day in a café with fresh pear juice and pastries, we both had our hair cut by our much-adored barber, Dante. My wife chatted up the men hanging out in the shop with some of her recent tales of living in Santa Vittoria in Matenano, a tiny village of 1,400. She has fully embraced the Italian way of sharing stories, with dramatic adjectives, exclamations, and hand gestures for emphasis. But then, it’s in her genes. My Scandinavian genetic material has me just quietly observing the ensuing theater.

On the eve of the festivities, I attended a concert in a nearby city, held in its grand, classic opera house. The stage was packed with over a hundred musicians – a full orchestra and a choir – all dressed in formal attire. They performed selections from operas well-known to the world. Many in the audience were similarly dressed, paying respect to both the gravity of Republic Day and to the role of music in Italian culture. During the final piece, the palpable energy and thrust of “O Fortuna” from Carmina Burana gave me goosebumps.

Recalling the frightful, frenzied, and ominous song about the futility of escaping a dark fate made me cringe while reading the heart-wrenching news from America. I can only hope that America will take a lesson from Italy’s history and do its own housecleaning of extremists, so that the families and children in the place of my birth can be as cherished and celebrated as in the place I now call home.

Mark Hinshaw
Mark Hinshaw is a retired architect and city planner who lived in Seattle for more than 40 years. For 12 years he had a regular column on architecture for The Seattle Times and later was a frequent contributor to Crosscut. He now lives in a small hill town in Italy.
Previous article
The Real Duwamish
Next article
Ups and Downs: How the Fremont Bridge Came to Be