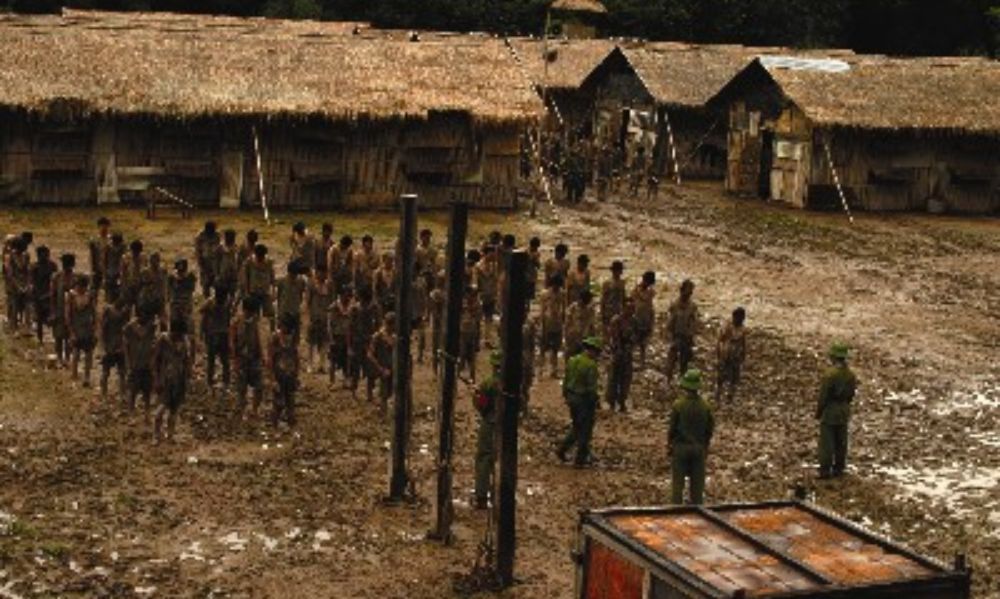 We Came for Freedom: What Drove Vietnamese Refugees to Leave Our Homeland

Fear of oppression drove over 800,000 South Vietnamese to flee in the decades following the Fall of Saigon in 1975. My family was among them. In 1979, my parents and I arrived in Seattle as “boat people,” those who illegally escaped communist Vietnam by boat and were given refuge abroad. We were lucky to have made it out on our first try. My aunts and uncles were caught numerous times before they succeeded.

The Vietnamese make up the fourth largest Asian ethnic group in the United States. Our reasons for being here are both distinctly different from other Asian immigrant groups and widely misunderstood. The majority of Vietnamese Americans came as or are descendants of refugees from Vietnam.

During the Vietnam War, many of us held allegiance to the Republic of Vietnam (RVN), a pro-democracy state known as South Vietnam. The Americans supported us in our fight against invasion from communist North Vietnam. We have been cast as victims of a war that America wrongly intervened in. This is only partially true. Many of us think the Americans should have stayed until the end, not that they shouldn’t have been there in the first place. We were the losers of a war and fled political retaliation from its winners.

After North Vietnam won, hundreds of thousands of those who served in RVN military and government were sentenced to communist re-education prison camps for years. Their families also were blacklisted from opportunities because of their association with “the puppet government.” These camps are almost never mentioned in American representations of Vietnam, and yet they are critical to understanding why we fled.

In Vietnam today, the camps are described as a way to “re-educate” those who sided with the Americans so that they could understand communist principles. The Vietnamese government still does not acknowledge the violence, starvation, hard labor, and forced isolation that prisoners were subjected to regularly. This experience is vividly depicted in the 2006 movie Journey from the Fall, based on hundreds of interviews with Vietnamese Americans who survived. My father, an RVN naval officer, was lucky he was in a re-education camp for three years. Long enough to know it was worth the risk taking a two-month-old baby (me) on the open seas to avoid further possible persecution.

Because it is popular to regret American involvement in the Vietnam War, many Americans assume the South Vietnamese were granted refuge to compensate for the trauma the US caused. These well-meaning Americans don’t understand the real trauma started after the war. What the rest of the world hailed as liberation for Vietnam in 1975 was actually hell for many South Vietnamese.

It took advocacy from US Sen. John McCain, a former prisoner of war, to understand the plight of the South Vietnamese. He made a special deal with Hanoi to allow those RVN allies who hadn’t managed to escape to come to the US in the early 1990s and to allow for the unmarried children of re-education camp detainees to immigrate in the 2000s. Many Vietnamese in my parents’ generation support the Republican Party solely because of Sen. McCain’s efforts to bring us to freedom.

The Vietnamese experience gets folded into the larger American immigrant story of coming to the US barehanded and achieving success. This conceals the real motives for fleeing Vietnam: freedom and human rights.

The freedom granted in the US unleashed the creativity and entrepreneurship within us that was suppressed in Vietnam. Just look at nail salons. Vietnamese own 50% of all nail salons in the US. The 2019 documentary Nailed It traces the Vietnamese success in nail salons back to one refugee resettlement camp in California where 20 Vietnamese refugees learned the craft. From there, they created what is now an $8 billion global industry that has democratized access to professional beautification for everyday people and established economic empowerment for an entire refugee community. We don’t just work in the modern nail industry, we invented it. “Doing nails” is more than a vocation, it’s an art form.

America has a long history of welcoming immigrants from all parts of the world who come here for economic opportunity. That’s not what primarily drove the Vietnamese refugees.

Today, there are lots of opportunities to get rich in Vietnam. Since 2002, I have lived off and on in Vietnam. It has one of the fastest-growing wealth rates in the world. The poverty level in Vietnam in the early 1990s was at 60%, and in 2017 it was under 10%, even lower than America’s rate at 12%. Vietnam is the fourth highest exporter of exchange students to the US because many Vietnamese families can pay the high foreign tuition fees. Vietnam has money.

What we can’t get in a one-party system like Vietnam’s is the right to exercise political freedom. While the Vietnamese government has long ceased harsh punishments for those associated with the RVN, surveillance and censorship continue. The largest overseas Vietnamese newspaper, Nguoi Viet, is still blocked from internet access in Vietnam.

In the US, we have the highest naturalization rates of any immigrant group and very high voter turnout. Vietnamese Americans are also running, and winning, in local elections.

Many Vietnamese refugees see themselves as the agents of our own destiny who risked our lives to live our dreams, not as the victims of a war-torn country here by the grace of American guilt.

The American Dream focuses on attaining a “better life” through economic mobility. Along with many refugees from other nations, we came for a “freer life.” The latter makes the former possible.

An earlier version of this essay was published on Julie Pham’s Substack, “CuriosityBased.”