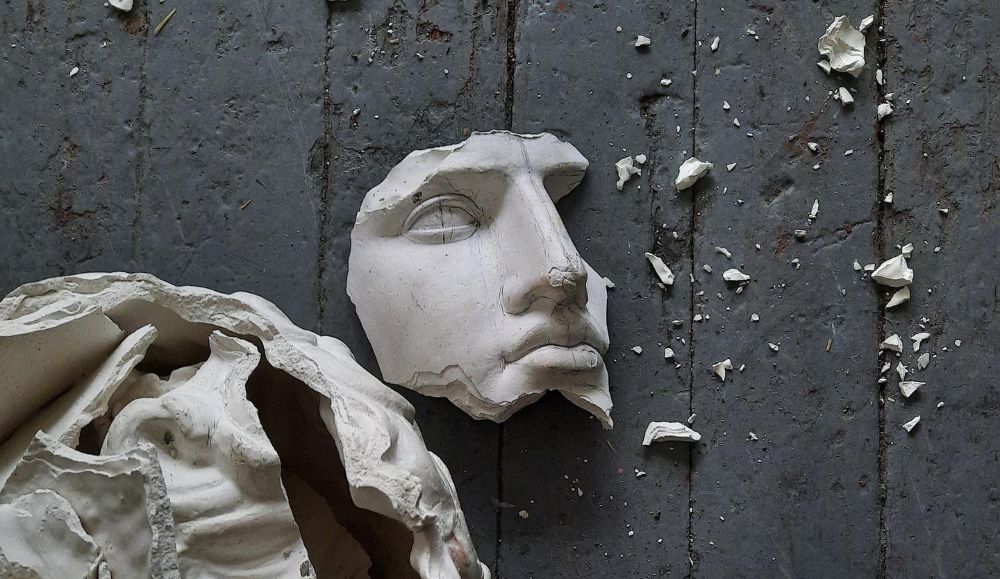 How the Supreme Court Lost the People’s Confidence

I’ve heard the leak of Justice Samuel Alito’s draft SCOTUS opinion on overturning Roe described as a “bombshell.”  It’s certainly a big deal.  But “bombshell” conveys an element of surprise.  This is no surprise.

Trump hired judges to overturn Roe.  They – plus the carryover conservatives, long but no longer outvoted, Thomas and Alito – seem poised to do what they were hired for. Anything less would seem like breach of contract.

Of course, that’s not exactly how Alito phrases his argument in the leaked draft opinion.  In a document dripping with scorn, he makes it clear that he thinks Roe is a legal house of cards. He argues that the Roe majority “was remarkably loose in its treatment of the constitutional text.” It held, Alito says, “that the abortion right, which is not mentioned in the Constitution, is part of a right to privacy, which is also not mentioned.”  The right to privacy rested on the 1965  Griswold decision, which in turn rested on Justice Douglas’ argument that “specific guarantees in the Bill of Rights have penumbras, formed by emanations from those guarantees.” But Griswold has been very much the law of the land even longer than Roe has.

Not that skepticism about Roe is anything new for the court.  It has just never commanded a majority before.  Roe wasn’t unanimous.  In Planned Parenthood v. Casey, the 1992 ruling that upheld but modified Roe, the decision was the work of a mere plurality.   In their dissent to Roe, Chief Justice Rehnquist and Justice White wrote that “the court simply fashions and announces a new constitutional right for pregnant mothers”

If Roe and Casey fall, abortion will become, once again, a matter of state law.  Some people have argued that would have been a better course for the nation to take all along.  Alito writes that by scrapping Roe, “[w]e thus return the power to . . . the people and their elected representatives.”

And what will the people do with that power?  People in red states will ban abortion.  People in blue states will permit it.  In fact, they already have.  The people of Washington legalized abortion by initiative three years before Roe.

Giving the power to decide abortion law to the people of each state could be seen as a triumph of states’ rights, long a conservative rallying cry – it was used in the 19th century to defend slavery and in the 20th to oppose civil rights – but probably no longer anything conservatives want to see.   Abortion opponents certainly don’t want people to use their power to permit abortions.  So for them, simply leaving the question up to the voters of each state won’t work.

They will try to undermine states’ rights, passing laws against sending abortion pills across state lines – which, unless the court reinterprets the Commerce Clause, would presumably be unconstitutional –  and, ultimately, conferring constitutional rights on fetuses, so that any state law permitting abortion will violate the constitution.  Will that actually happen?  Who knows?  It’s the logical end game.

If the court does scrap Roe entirely, it will of course be doing a complete 180 – which is something it has historically mostly avoided, by deferring – as recent court nominees did in their confirmation hearings – to the principle of stare decisis, or following the precedent of decisions already made.  Alito didn’t explicitly reject stare decisis.  But, he said, “stare decisis is not an inexorable command.”  It does not require “unending adherence” to cases wrongly decided.  The court is not bound by “egregiously decided” precedent.  The court’s “abuse of judicial authority in Roe,” he wrote, “was egregiously wrong from the start.  Its reasoning was exceptionally weak and the decision has had damaging consequences.”

Those who want the court to ignore precedent by overturning Roe like to cite the court’s infamous 1896 Plessy v. Ferguson decision that established the principle that in cases of racial discrimination, “separate but equal” treatment of minorities was constitutional.  The Brown v. Board of Education decision finally scrapped Plessy in 1954, deciding that separate was inherently unequal.

Roe defenders don’t like that analogy.  Some say that overruling  Plessy was a different kind of thing.  It wasn’t.  You may say that one precedent was bad and another wasn’t, but the question is how you deal with a precedent that you believe is bad.  Alito makes it clear how he wants to deal with it.

Does that mean that all precedents he doesn’t like are fair game?  He says no.  “Nothing in this opinion should . . . cast doubt on [other] precedents,” Alito wrote. Really?   A lot of people don’t believe him.  Indeed, “that reassurance has been greeted with broad skepticism,” Charlie Savage has reported in The New York Times: “The apparently imminent demise of constitutional abortion rights raises the question of how aggressive the Roberts court will become in overturning precedent,” Savage writes, “— and whether similar constitutional rights that protect various types of sexual activity and conjugal relationships may be challenged by cultural and religious conservatives in coming years.”

But if the new majority doesn’t have much use for Griswold, will it take a second look at the right to privacy and all that has flowed from it?  Griswold established a woman’s right to discuss birth control with her doctor without state interference.  Some of the theological objections to abortion extend to birth control, too.  Might that also wind up in the court’s cross-hairs?

Gail Collins has pointed out in a New York Times op ed that some Republican politicians certainly seem ready to give contraception a second look. The governor of Mississippi, she writes, “when asked whether the state would move on to a ban on contraception, said, rather unnervingly, that it’s ‘not what we’re focused on at this time.’ And the dreaded Tennessee Sen. Marsha Blackburn has denounced the Supreme Court decision in Griswold v. Connecticut, which covers the use of contraceptives for married couples under the constitutional right to privacy.”

The question is whether the court is also willing to take a second look.  Alito’s reasoning and rhetoric seem to leave any number of precedents up for grabs.

People have also speculated that the leak of Alito’s draft has undermined public faith in the Court. Something certainly has.  Albert Hunt has written in The Hill.  “Last month in an Associated Press-NORC survey, only 18 percent of the public said they had a ‘great deal of confidence’ in the high court.”

Justice Thomas certainly thinks the leak has damaged the court’s standing.  “I wonder how long we’re going to have these institutions at the rate we’re undermining them,” Thomas said.  “[W]hen you lose that trust, especially in the institution that I’m in, it changes the institution fundamentally.”

Not that Thomas hasn’t done his own part to undermine trust, at least among some hefty segment of the public.   Even without the leak, there has been a steady slide in the court’s standing. Why?  Like many other people, Hunt points to the politicization of the court.  And he points in part to Thomas, noting that the justice’s wife, Ginni, ”was deeply involved in the effort to overturn the 2020 election, calling it ‘the greatest Heist of our History’” and attended a rally before the Jan. 6 storming of the Capitol. Yet Justice Thomas not only didn’t recuse himself but voted to block the House investigating Committee from obtaining records on the effort to overturn the election.”

The court doesn’t even seem to respect itself.  It is one thing for a new court majority to brush precedent aside.  It is quite another for, say, a group of Texas legislators to do so.  And yet the court refused to block enforcement of the Texas anti-abortion law, S.B.8, until the courts had ruled on the merits of the case against it.

In a dissent from a subsequent decision that permitted Texas abortion clinics to sue in the meantime, but only to sue a narrow range of officials, Chief Justice Roberts wrote that “The clear purpose and actual effect of S. B. 8 has been to nullify this Court’s rulings. It is, however, a basic principle that the Constitution is the ‘fundamental and paramount law of the nation,’ and ‘[i]t is emphatically the province and duty of the judicial department to say what the law is.’ Indeed, ‘[i]f the legislatures of the several states may, at will, annul the judgments of the courts of the United States, and destroy the rights acquired under those judgments, the constitution itself becomes a solemn mockery.’ The nature of the federal right infringed does not matter; it is the role of the Supreme Court in our constitutional system that is at stake.”

The fact that the three new Trump-appointed justices seem ready to rule as they were hired to rule isn’t a great confidence-builder, either.

If people do lose – or have already lost – confidence in the court, the new majority has no one to blame but itself.  Is a loss of public confidence good for the country?  No.  It’s terrible for the country.  The majority may be getting what it deserves, but the nation deserves better.

Dan Chasan
Previous article
Gun Owner: It Really is Time to “Well Regulate”
Next article
Tom Robbins’ Long Lost Commencement Address: “Adults are Nothing but Tall Children Who Have Forgotten how to Play”