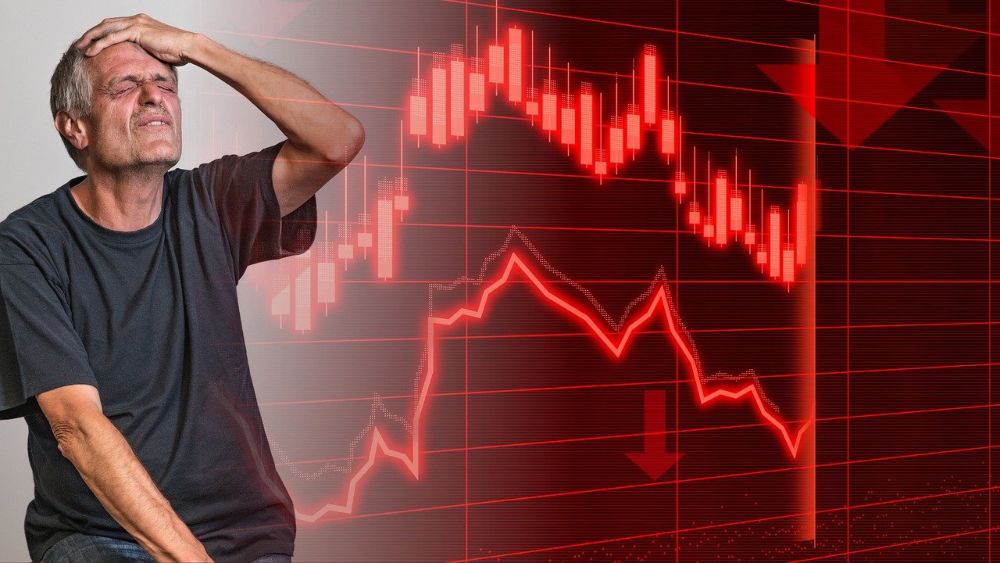 As a celebrated financial guru, I am often asked how to invest during a bear market. Rule number one is DON’T PANIC. Don’t sweat it.  We lived through stagflation recessions in the 1970s. By 1982 stocks returned to their 1966 levels. Stay the course.

The S&P 500 is down 18 percent in 2022 and the tech heavy NASDAQ down 27 percent. Even after this dip, the ratio of stock market valuation to GDP is 28 percent above its historical trend line. The Fed will continue to raise interest rates, which will curtail economy growth, but won’t slow inflation much. Don’t sweat it.  We lived through stagflation recessions in the 1970s. By 1982 stocks returned to their 1966 levels. Stay the course.

I won’t argue that there is nothing to worry about. Nationwide homicide rates in 2022 are running 50 percent higher than pre-Covid levels. Conservative courts and states expand gun rights. In 2022 thus far, robberies are up 30 percent and violent crime 32 percent in Seattle.  Relax. Stock markets and crime are not heavily correlated.

The gap between the 1 percenters and the 99 percenters widens. The average income in the 1 percent is 26 times higher than the average of the 99 percent. Even so, this is very good news for hedge fund managers, Corporate CEOs, and private equity partners. It’s also likely the Russia-Ukraine war may last for years. So, look on the bright side: massive armament spending stimulates the economy, and it took World War II to end the great depression.

Don’t fret about supply chains and shipping costs. The magic of capitalist markets will solve those problems. Don’t stew over the next Covid surge or Monkeypox, since these diseases create investment opportunities.

American politics are polarizing, divisive, and vicious. Trump may win another term and proclaim himself President for Life. But remember that America made it through the Civil War. Stocks bought right after the Union defeat at Chancellorsville would be worth billions today.

Don’t agonize over the Supreme Court overturning Roe. Justice Cavanaugh may be wavering as the fifth vote for Alito’s opinion that the original intent of the Constitution was to establish a Grand Inquisitor to impale heretics.

The Russia-Ukraine war may last for years. Look on the bright side. Massive armament spending stimulates the economy. It took World War II to end the great depression. Don’t fret about supply chains adjust and shipping costs. The magic of capitalist markets will solve those problems. Don’t stew over the next Covid surge or Monkeypox. As later noted, these diseases create investment opportunities.

Climate change will increase temperatures by 2-3 percent in 30 years. Cheer up. This too is a big investment opportunity. Buy land in the Issaquah that will become waterfront, or frozen tundra in northeastern Manitoba that will be prime farmland.

In light of the above, relax, chill, take a deep breath, hang loose, remain cool-headed and unemotional while you sell every stock and bond that you own. If you other valuables-antiques, NFTs, collectibles, heirloom jewelry– liquidate them immediately. Then reinvest the proceeds in a defensive portfolio—one-third Gold, one third recession-resistant stocks, and one-third canned food.

Recession-Resistant Stocks: Bad times are good for some businesses. Death is inevitable in good times or bad. However, in bad times, expensive funerals are a luxury one can do without. That why I bought stock in America’s largest cremator, Service Corporation International (SCI).  Recessions make people depressed and anxious, so I bought Teva Pharmaceutical (Teva) the largest manufacturer of SSRIs fluoxetine (generic Prozac), Sertraline (generic Zoloft), and the anxiety-relieving SNRI Venlafaxine (generic Effexor). In recessions, as banks tighten credit standards, people increasing borrow from non-traditional sources. I have invested in five family-run “shy money” funds — Gambino, Genovese, Lucchese, Colombo, and Bonanno.

As the British government’s motivational poster counseled in 1939, “KEEP CALM AND CARRY ON.”

Steve Clifford
Steve Clifford, the former CEO of KING Broadcasting, has written humor for Crosscut.com and the Huffington Post. He is the author of "The CEO Pay Machine."
Previous article
Leaving it to the Kooks: Alberta Premier Abruptly Quits After Railing Against “Lunatics”
Next article
Does Biden Know He Shouldn’t Run in ’24?