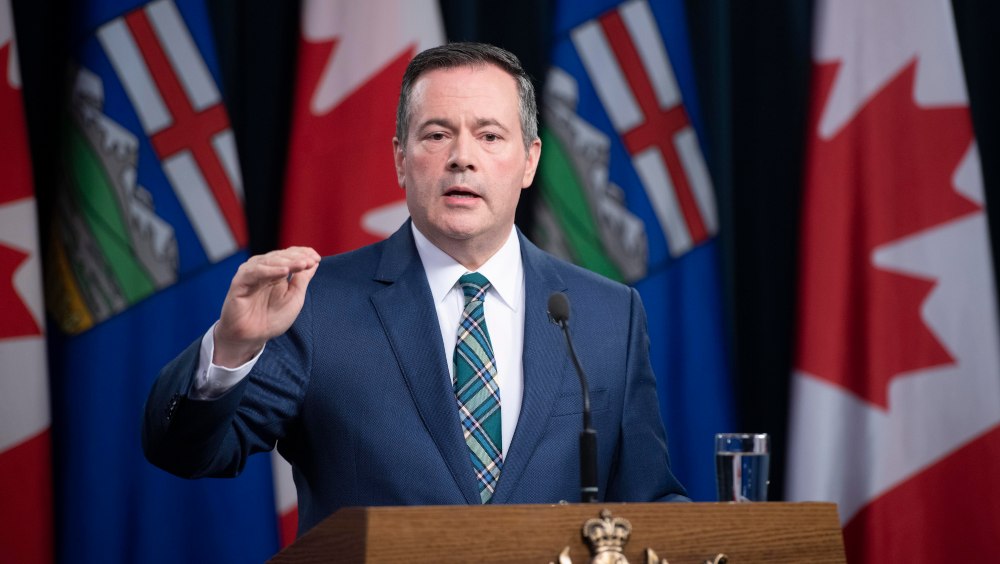 Leaving it to the Kooks: Alberta Premier Abruptly Quits After Railing Against “Lunatics”

As members of Alberta’s United Conservative Party prepared to vote on his leadership, Premier Jason Kenney delivered a blunt, off-the-record analysis to party caucus staff.  He was seeking to hold onto power to prevent “lunatics” from being at the helm of Canada’s oil rich province. It was another chapter in the volatile politics of Canada’s oil patch province.

“What’s the easiest path for me?” Kenney asked.  “Just to take a walk. I don’t need the job. I could go into the private sector, have my evenings, weekends off. I don’t say this stuff publicly, there are just kooky people generally. I will not let this mainstream conservative party become an agent for extreme, hateful, intolerant and crazy views. Sorry to be so blunt with you but you need to understand what the stakes are here . . . The lunatics are trying to take over the asylum.”

Premier Kenney abruptly announced his resignation Wednesday, after receiving just 51.4 percent support in a vote by 34,298 party members.  He had earlier vowed that 50 percent-plus-one would be enough to stay on. Instead, he told legislators and guests: “We need to put the past behind us.”

The United Conservatives must now pick a new leader and premier in advance of a 2023 provincial election.  Two of the “kooky people” who have tormented Kenney, a climate change skeptic and a globalism critic, say they will run.

Alberta is Canada’s Texas, its “oil patch” and a source of wealth that waxes and wanes with global oil prices.  It’s also a north-of-the-border battleground between business conservatives and forces of far-right populism. Conservative governments have run the province for 46 of the past 50 years.  They have incessantly feuded with Canada’s federal government over oil prices and, more recently, fought Canada’s carbon tax.

Kenney has been an outspoken combatant.  He once called Canada’s Prime Minister Justin Trudeau an “empty trust fund millionaire who has the political depth of a finger bowl.”  He described Michigan Gov. Gretchen Whitmer as “brain dead” when she criticized a pipeline, carrying oil from Alberta’s tar sands, that broke and caused one of the biggest oil spills in U.S. history. The Kalamazoo River was its victim.

It was Kenney who authorized a provincial inquiry into whether U.S. and Canadian environmental groups were carrying on “anti-Alberta campaigns” designed to keep the province landlocked. The greens have opposed expansion of the TransMountain Pipeline to carry oil from Alberta south to Burnaby, British Columbia, for export abroad.  The inquiry found that “no individual or organization .  . . has done anything illegal. Indeed, they have exercised their rights of free speech.”

Kenny’s political problem stems from his being not far enough to the populist right.  Kenney waited until hospitals were overflowing with COVID-19 patients before he imposed mask and vaccine requirements, only to find that his action infuriated anti-vaxxers.  In February, police were called to breach an anti-vaccine blockade of an important Alberta-Montana border crossing. A former federal cabinet minister, Kenney was also suspect for not being more confrontational toward Ottawa. (Never mind that Canada’s federal government is footing the bill for TransMountain.)

In 2015, Alberta did the politically impossible.  The left-of-center New Democratic Party broke a 43-year conservative grip on power.  It did so because of a split on the right.  Dissatisfied with a business-friendly Progressive Conservative Party, rural activists formed the Wildrose Party, named for the province’s flower symbol.  Wildrose split the conservative vote and the NDP swept to power, bolstered by urban votes from Edmonton and Calgary.

There followed a continuous reaction to an environment-minded government that boosted education and social spending. Since oil prices were in decline, the province ran deficits. Kenney took the wheel of a blue Dodge Ram and toured the province touting a Unite-the-Right movement.  It succeeded after eight Wildrose legislators, including the party’s leader, crossed the floor of the legislature to join the Conservatives.

This being Alberta, the United Conservatives weren’t all that united, but they did win the subsequent provincial election, with top-heavy support from rural areas.  Once in power, Kenney began to act like an undisputed boss.  “I hold the pen,” he told party members.  He relied on a coterie of close advisers and didn’t much consult caucus or constituency associations.  The “lunatics” fumed.  A former Wildrose leader, Brian Jean, won a legislative byelection on an anti-Kenney theme. Foes of the premier signed up members for a party-wide vote of confidence.

Kenney is trying to hang on until a party-wide vote picks his successor.  With blood in the water, his foes are emboldened. “The healing process can’t begin until Jason Kenney leaves,” Jean proclaimed. A fellow lawmaker, Leela Abeer, added:  “This is a beautiful day of hope.”

Despite lengthy one-party rule, only one of Alberta’s last seven premiers has finished his/her term.  The Conservatives forced out a drinking premier (Ralph Klein), a premier deemed too dull (Ed Stelmach), and a premier who billed taxpayers for extravagant spending (Alison Redford).

What’s next for Alberta’s ruling right?  A likely public brawl, pitting Kenney cabinet ministers against the likes of ex-Wildrosers Danielle Smith and Brian Jean. If he got booted, Kenney warned caucus staff in March, it would “hand the NDP the next election.”

The “kooky people” may gain power but they are likely to have trouble with voters.  “Summertime daily highs have shown no discernable change,” climate skeptic Danielle Smith said in an essay, even though Western Canada was hit with record heat last June.  “The number of forest fires has gone down,” Smith added in an essay. The center of Alberta’s oil patch, the northern town of Fort McMurray, was partially consumed by a fire which forced its evacuation.

The New Democrats’ leader, ex-Premier Rachel Notley, is rested, ready, and popular particularly in the province’s two biggest cities.  Urban Alberta is slowly transforming the province’s hidebound conservatism. Still, it’s hard to think of Canada’s oil patch being governed, not once but twice, by a democratic socialist movement that introduced Medicare in Canada and – nationally at least – is outspoken on countering climate change.

As for Jason Kenney, like many Canadian conservatives who lose elections – such as ex-Prime Minister Stephen Harper and former British Columbia Premier Christy Clark — he’s likely bound for the private sector with corporate directorships, prosperity and free weekends.

(This story first appeared in Cascadia Advocate, on the web site of the Northwest Progressive Institute.)