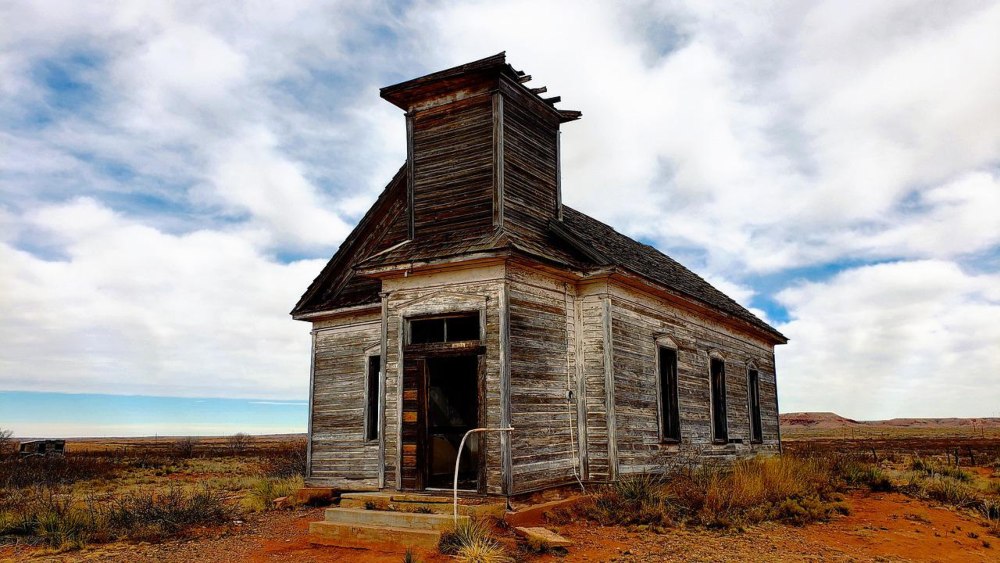 In the 1880s the Oregon Country was alive with settlers, from diverse religious traditions.  Small towns and farms and churches dotted the landscape.  The Oregon Trail had faded, as a new cross-country railroad was expanding.  Questions festered about post-Civil War vibrations and the fate of indigenous peoples.

In 1887 Washington Territory, the northern part of Oregon Country, petitioned for a much-belated admission to the Union, as national political rivalries once more quashed that effort.  However, after the 1888 national elections, New Mexico, Montana, North Dakota, South Dakota, and Washington convened constitutional conventions and again petitioned Congress for admission.

On November 11, 1889, a collect message belatedly arrived in Olympia, announcing that President Benjamin Harrison had signed the bill admitting Washington to the Union as the 42nd state.  Celebrations erupted, topped by a crude banner above a government building with the Indian words, “Chinook quanism ancotty alta chee chaho alki,” which roughly translated as “Living hereto in the past we now begin to live in the future.”

A century later, celebrations occurred in commemoration of the state Centennial.  Two local historians, David M. Buerge and I, discussed Centennial projects that we might undertake.  We approached the Church Council of Greater Seattle to research and summarize the religious history of our region over the last 100 years.  This history is steeped in varied and distinctive Native and Euro-American traditions and it is rich in history, humor, idiosyncrasy, hard work, rivalries, missionary zeal, and frontier exploration.

The Reverend Ron Marshall of the First Lutheran Church of West Seattle took the chair of the Church Council’s State Celebration Committee, assembling a small kitty to cover expenses and author fees.  Besides undertaking old-fashioned archival research, David and I reached out to local representatives of many faiths: Baha’i, Baptist, Buddhist, Catholic, Congregational, Christian Science, Episcopalian, Jewish, Lutheran, Methodist, Morman, Presbyterian, Quaker, Seventh-Day Adventist, Unitarian, and Vedanta.  Also included were the 10,000 years of Native traditions – burial sites, petroglyphs, ceremonies and oral history – such that the first chapter of our book, Roots and Branches, is titled “The First People.”

Here are sample questions from the book’s study guide for schools: Why was Mt. Rainier regarded as a female god? What started the bitterness between Whites and Indians? Why did revivalists work so well in the Pacific Northwest? How did the churches’ involvement in Prohibition hurt them? What was the connection between early utopia movements and social activism? Why are buildings important to Christians?

We discovered that storytelling and human foibles are the crux of many of these religious traditions.  In Native terms, amazing things happen because of the “Changer” or “Spirit Beings.”  Mother Joseph (Esther Pariseau) of the Sacred Heart, besides being a worthy carpenter, founded Providence Hospitals. Jason Lee established the first Methodist Mission in the Pacific Northwest in 1834, traveling into the unknown Oregon Country with rough fur traders and mountain men.  Narcissa Prentiss married Dr. Marcus Whitman, whom she barely knew, so she could qualify as a missionary.

Another theme we found was the role of single women, who were not allowed to undertake religious duties in distant lands according to the Boston-based American Board of Foreign Missions. Soon after Rev. David E. Blaine and his wife Catherine (Seattle’s first school teacher) opened their “White Church,” the one-day “Battle of Seattle” occurred on 26 January 1856.

Traditions and languages were blended, or clashed. In the early 1900s Norwegian-American Hans Andrew Stub gave two sermons each Sunday morning at Seattle’s Immanuel Lutheran Church (still standing in the radically changed South Lake Union district) – one in Norwegian and the other in English.

Rabbi Raphael H. Levine, born in the Jewish ghetto of Vilna, Lithuania, rose to be honored as Seattle’ First Citizen (an award overseen by the Seattle-King County Board of Realtors). Rabbi Levine teamed up with Irish-born Catholic priest William Tracy and rotating Protestant ministers on Seattle KOMO-TV’s program “Challenge,” where they debated civic topics from various religious perspectives.

Religion in Seattle and the Northwest, once far more prominent than today, had many roots, many branches.

Junius Rochester
Junius Rochester, whose family has shaped the city for many generations, is an award-winning Northwest historian and author of numerous books about Seattle and other places.
Previous article
Remembering John Aylward. Fondly.
Next article
Leaving it to the Kooks: Alberta Premier Abruptly Quits After Railing Against “Lunatics”