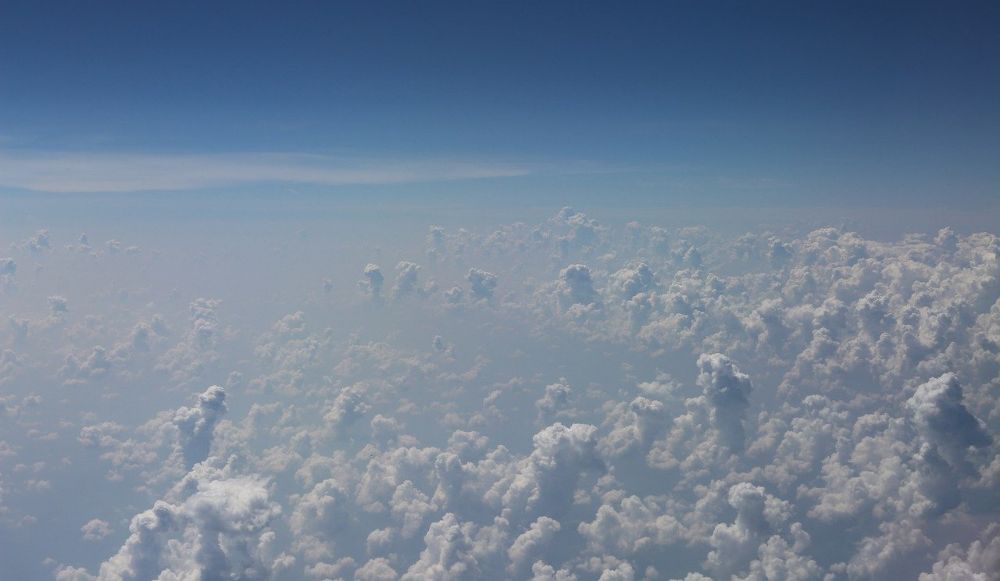 A decade ago, I stood in front of my house alongside my neighbor, Phillip “Flip” Wingrove, and watched the Boeing 787 Dreamliner soar over Port Townsend on its maiden flight out of Paine Field in Everett.

I saw a big jet plane.  Flip saw and heard much more – thrust and lift, raked wingtips trailing a faint thread of vapor. “Golly,” he whispered as he gazed through ice-blue eyes. “I wish I could be up there.”

Thirty years earlier, he would have been.  Flip spent much of his life flying airplanes and helping design and test the Boeing jetliners that changed the world. He loved to fly.  And, with his trim Clark Gable moustache and sparkling blue eyes, he certainly looked the part.

He also married an extraordinary woman and raised four kids. “When it comes to dads, I won the lottery,” says his daughter, Elizabeth.

Flip died Sunday, May 8.  He was 91. He and Ida retired to Port Townsend more than 30 years ago.  Over the last couple of years, as he struggled with Alzheimer’s disease, I spent hours with him in his living room, listening to his stories.  He couldn’t tell me what happened the previous day. But ask him about flying at night over Japan in the 1950s, and he would brighten and tell his story with joyful detail.

I took notes.  Here, in his own words, are just a few of his stories:

I was born in 1930 in Portland, Oregon.  My dad had served in the Marine Corps in WWI.  He was on a boat, ready to go to France when the flu epidemic hit, so the Marine Corps sent him to Cuba to avoid getting the flu.  Eventually the Red Cross sent him home because he was the only family member who could work. He got a job at a drug store in Morton, Washington.

He’d never finished high school, but he learned fast and ended up running the drugstore, filling prescriptions. So I grew up in Morton, went to school there.  It was a logging town and the schools had a total of about 200 kids. I liked athletics, played high school football, hunted and fished.  It was a good place to grow up, lots of opportunities.  I worked in my dad’s store, so I knew everybody in town.

I was in high school during the war, too young for the draft.   When the war ended, I was just 15.  I went on to the University of Washington, working the summers in the logging camps.

At the UW, I met Ida. I was living in a student housing coop and went to a party.  Ida was in the kitchen making sandwiches or something. A friend introduced us.  I said something stupid, and Ida was not amused.  That didn’t go well, but she got over it. We’ve been married 66 years.

I played football at the UW — fifth string running back.  Hugh McElhenny was there. I tackled him once.  He went around end and I happened to be there.

I went into aeronautical engineering. My older brother had been interested in model airplanes and he got me interested. So I graduated and joined the Marine Corps and went to Navy Flight School and got my wings right at the end of Korean War. I got my orders to go to Japan. I flew F3D Night Fighters.

I did night flying in Japan. One night, just before midnight, I was ordered to take off.  I was the pilot, with a radar observer.  We sailed up into the night, headed toward Mt. Fuji. Couldn’t see a thing, just water streaming off the front of the plane.   Our orders were for a specific heading, headed straight for Mt Fuji at about 10,000 feet. Mt Fuji is about 15,000, and the radar showed a mountain ahead of me.

So I radioed back and said: “Hey! You’ve got me flying into the mountain!”  And the guy calls and said: “We need you to fly past the mountain and look for a group of Boy Scouts.”  So I climbed another few thousand feet, flew past the mountain, but there was no sign of those brave little guys.

Ida came over to Japan, and at one point I was told she would have to get on a ship and go home.  But she was pregnant, and a doctor said she was too close to birth to go by ship. So our first child was born in Japan and then she flew home on a military flight. She went back to Spokane to be with her family.

I loved flying. I got in 280 hours of flying time – Marine Corps dive bombers, some jets, some conventional.  In training, I made six landings on a carrier.  That was interesting. It felt like the only thing stopping you was a big rubber band.  But I never got shot at.

I was in the Marine Corps about five years and left as a captain.  When I got back in 1952, I went back to the UW and got a masters degree in aeronautical engineering. I was still in the reserves, so I could go out to the airfield at Sand Point and fly small planes.

Boeing was working on the 707 and hired me as a flight engineer.  I wanted to be a test pilot and did everything I could to get into the cockpit.   I was part of the flight crews, writing plans and monitoring equipment.  I flew some as a pilot, filling in for somebody.  But I was never the pilot, and there were enough other interesting things so I never complained.

They were also designing a tanker version of the 707, and I worked on that.  Initially, flying those planes could be risky, especially when fueling in the air.  On the tanker, I’d be in back flying the fueling boom.  We flew back and forth between Seattle and Edwards AF Base in California.

I did more civilian flying, including 90 hours in civilian gliders, all for fun.  And I flew small planes, mostly Luscombe aircraft out of Sand Point.

We lived all those years in Seattle, first up by the UW, then on Mercer Island.  We raised four kids. At one point, we moved to St Louis to work for McDonnell Douglas for a couple years.  They built jet fighters.

We came back to Seattle and I worked on the 747.  That was the last plane I worked on. I worked mostly on military versions, which I liked better, because you’re not dealing with the FAA.

Boeing changed over the years. I’ve never had a second thought about getting on a Boeing aircraft. But they screwed something up bad with the 737 Max. It’s a huge company and I learned that they always had enough money to do something over, but never had enough to do it right the first time.

We retired and moved up here. I stopped flying a long time ago. I tried my hand at playwrighting, wrote a couple of scripts, and Key City produced one of my plays. That was satisfying.

I’ve lived 91 years and I think what I’ve learned is: Slow down. And don’t believe everything you’re told, or everything you read. The older you get, the more difficult it is to believe anything you hear.

Ross Andersonhttps://rainshadownorthwest.com/
Ross Anderson is a founding member of the Rainshadow Journal collective. He retired to Port Townsend after 30 years of journalism at the Seattle Times.
Previous article
How the Mythic ‘Northwest Passage’ Helped Define the Pacific Northwest
Next article
Remembering John Aylward. Fondly.