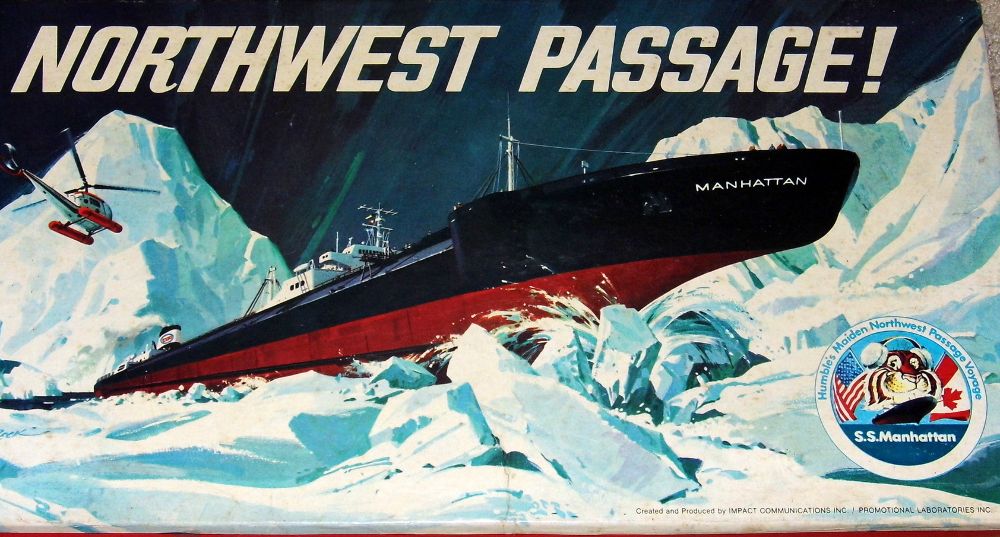 How the Mythic ‘Northwest Passage’ Helped Define the Pacific Northwest

The term “Northwest Passage” had no meaning in the aboriginal world.  However, there were “passages” in every direction throughout the Pacific Northwest – waterways, which Indians used in the same manner we travel paved highways today.

Thinkers in the Enlightenment (1760s to mid-1800s) in Europe and America believed that a water passage existed across the North American continent, a direct route to riches of the Indies.  Even Thomas Jefferson, in late life and after Meriwether Lewis reported otherwise, believed that rivers and lakes could combine to whisk traders from one coast to the other.

Chinese explorers may have been the first “outsiders” to nudge North America’s west coast.  But they were not crossing the American continent.  Later, familiar names such as Christopher Columbus, Vasco Nunez de Balboa, Hernando Cortez, James Cook, and George Vancouver contributed to the Great Dream of a Northwest Passage.

In our Pacific Northwest, the likely mythical journey of Juan de Fuca in the 1590s, whose Greek name was Apostolos Valerianos, gave impetus to the dream.  Juan de Fuca claimed to have sailed (for the Spanish) more than 20 days in a “channel” (Strait of Juan de Fuca?) until he entered a “broad sea” (Puget Sound?).  He embellished his story with sightings of gold, silver, pearls, and people dressed in animal skins. This is a wonderful tale, which may be true, but confirming details have not emerged.

After Spanish incursions, Czar Peter the Great sent Russian sea-otter hunters eastward to what was later called the North American continent (many believed that Russia’s Kamchatka Peninsula and Alaska were joined).  Vitus Bering and his ship’s doctor/scientist, Georg Wilhem Steller, returned with startling news: “America” was just over the eastern horizon.

After these early 1720s to early 1800s probings, the search for a Passage was driven by commerce, not dreams.  “Soft gold,” or sea otter (and other) skins, were sought by trading companies. Among the adventurers: Alexander Mackenzie, Simon Frazier and David Thompson of the Northwest Company (English/Canadian); Lewis and Clark (U.S. government); and the Astor parties of the Pacific Fur Company (U.S.).

These brave, and sometimes foolhardy, men drew maps, wrote journals, collected specimens of every kind and told exciting stories to rapt audiences in Europe and America.  This information contributed to lore that our pioneer antecedents absorbed when deciding about traveling westward.

Junius Rochester
Junius Rochester, whose family has shaped the city for many generations, is an award-winning Northwest historian and author of numerous books about Seattle and other places.
Previous article
Needed: A Fresh Face Atop the 2024 Democratic Ticket
Next article
A Life in the Air: Flip Wingrove’s Joyful Flight