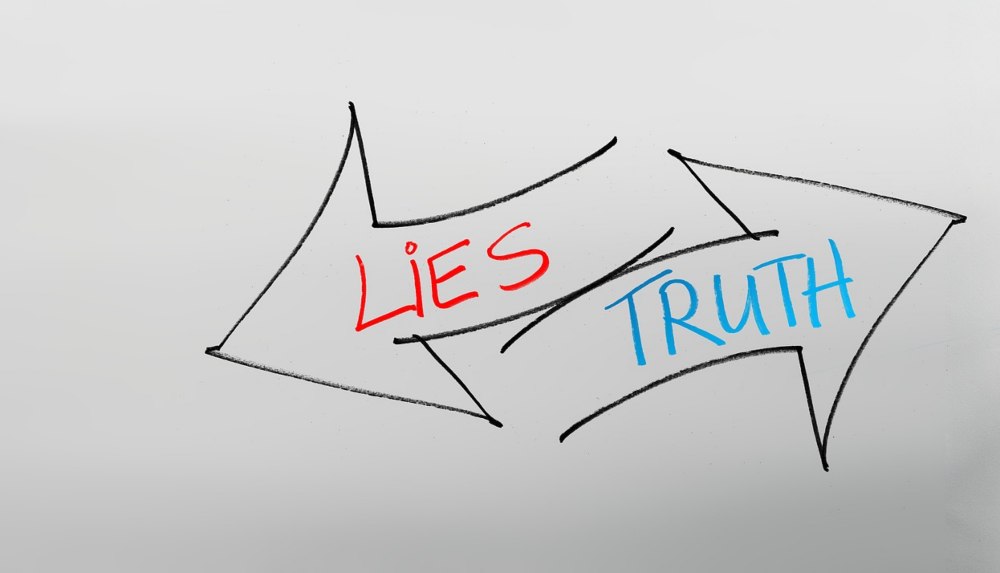 How ‘The Prince of Lies’ Has Split and Infected Evangelical Churches

The rift among evangelicals mirrors the same phenomenon in the Republican Party, where there is tension between those who swallow Trump’s every lie — hook, line and sinker — and those who wish Trump would go away and give the party a chance at sanity. That said, sanity may be hard to find even if Trump were off the scene.

Meanwhile, large swaths of what was once “Evangelical Christianity” have been thoroughly and crazily politicized.

At the Floodgate Christian Church in Brighton Michigan, profiled in the Atlantic article, Pastor Bill Bolin includes something in his services he calls “diatribes.” His parishioners refer to that part of the service as “headline news.” These are a mix of commentary, lies, fanning of fears, riling the base, owning the libs, and promoting QAnon- type conspiracy theories. All explicitly political. There was once a time when a political focus would have been unthinkable, even anathema, in an evangelical church. If these articles are to be believed, this is now the norm.

Here’s a sobering conclusion from the author of the Atlantic article, Tim Alberta: “Evangelical leaders set something in motion decades ago that pastors today can no longer control. Not only were Christians conditioned to understand their struggle as one against flesh and blood, fixated on earthly concerns, a fight for a kingdom of this world—all of which runs directly counter to the commands of scripture—they were indoctrinated with a belief that because the stakes were getting so high, any means was justified. Which brings us to Donald Trump.” (emphasis added)

In other words, such churches have shifted their focus to power in this world and accepted the idea that America is at a now-or-never turning point that justifies any and all means in the battle for the nation. This extreme politicization of churches has led to something that travels under the name of “Christianity,” but is really no longer recognizable as such.

My friend, Jason Micheli, related the story of a woman, a Republican operative, “Mrs. Smith,” who in the 1990s regaled him and other high schoolers with “true stories” of Bill Clinton having had several witnesses in the Whitewater scandal murdered in order to protect him and his wife. “Mrs. Smith” had read it, she said, on the Internet. So it must be true.

“A few years later,” writes Jason, “I was home on break from college, at church. I was surprised to find Mrs. Smith in the row ahead of me. Even though I knew Mrs. Smith a militant pro-lifer, back in the day at least, she wasn’t a Christian.

“She frowned, and then she smiled.

“’Something took ahold of me,’ she said, ‘Back then. What’s Jesus call him? The Prince of Lies? Anyways, thanks to these folks here I’ve been set free.’” She was no longer pedaling crazy ideas she had read “on the internet.” Score one for the church.

Mrs. Smith’s explanation for what happened to her works as well as any, and better than most, to explain what’s going on in places like Floodgate Christian Church. “Something took ahold of me . . What’s Jesus call him? The Prince of Lies.”

There is a demonic power that is at work in our country today. And at work in some “churches.” These articles do also profile several pastors who are swimming against the MAGA flood stream, challenging the craziness. Hats off to them. It takes no particular courage to tell people what they want to hear. To challenge one’s own — that is the work of true prophets.

I want to say to my MAGA-fied fellow Christians, “Stop this nonsense! Get a grip! Stop indulging yourself in a steady stream of hatred and paranoia and lies. This is beneath you. This is wrong. Grow up, damnit.”

That such sentiments have become so foreign to what is going on in “evangelical Christianity” really says it all. This has already had huge consequences in turning people off from and against Christian faith, and in that respect, the worst may be yet to come.

Yes, the left too has its problems, but they are not by and large cloaked under the disguise of Christianity.

Anthony B. Robinsonhttps://www.anthonybrobinson.com/
Tony is a writer, teacher, speaker and ordained minister (United Church of Christ). He served as Senior Minister of Seattle’s Plymouth Congregational Church for fourteen years. His newest book is Useful Wisdom: Letters to Young (and not so young) Ministers. He divides his time between Seattle and a cabin in Wallowa County of northeastern Oregon. If you’d like to know more or receive his regular blogs in your email, go to his site listed above to sign-up.
Previous article
Failure to Fund? JustCare’s Success with Homeless Programs in Peril
Next article
Recipes: Asparagus in the Short Spring