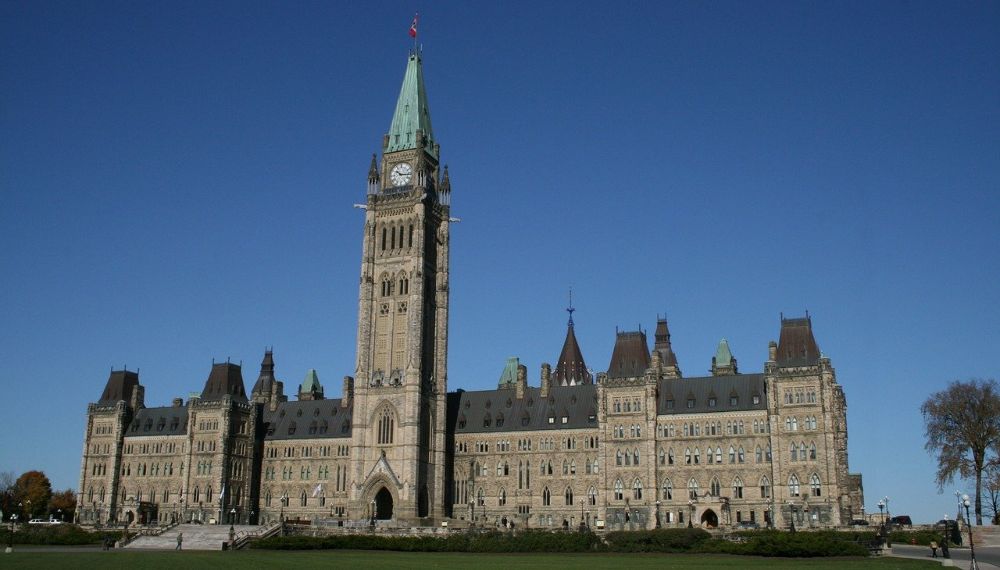 Locking up the Left: Justin Trudeau Strikes a Deal to Remain Prime Minister

The Liberal Party of Canada’s Prime Minister Justin Trudeau will govern with support in parliament from the leftist opposition New Democratic Party for the next three years, a political cohabitation in parliamentary jargon called a “Confidence and Supply Agreement.”

The accord will give Canada one of the world’s most progressive governments, keyed to an expanded social safety net with a subsidized dental program for low-income Canadians, expanded construction of rental housing, and a plan to phase out financing of fossil fuels beginning in 2022.

“Right now, all I can think is: God help us all,” said Candice Bergen, interim leader of the opposition Conservative Party. The Liberals under Trudeau won last September’s federal election but did not secure a majority of seats in Canada’s House of Commons.

Collaboration with the NDP will allow Trudeau to continue as Prime Minister until 2025, when he will have served for 10 years, and to further his party’s agenda in four more federal budgets.  The PM is coy on whether he will lead the Liberals in a fourth national campaign but says he is “planning to serve Canadians through and beyond the next election.”

Under Canada’s parliamentary system, the legislative and executive functions of government are combined.  The party winning the most seats governs at will, its leader becoming prime minister (or premier). It sets the agenda: The opposition can only oppose. In the words of former British Columbia Premier Dave Barrett, “When the Queen calls you, she gives you the whole bag.”  (Queen Elizabeth II is Canada’s titular head of state.)

The Liberals and New Democrats will cohabitate but have no plans to get married.  The NDP will not get seats in Cabinet. It agrees to support Trudeau’s Liberal government on budgets and votes of confidence in parliament, but otherwise remains an opposition party free to criticize the government.

The roots of the deal are told in numbers.  The Liberals won 160 House of Commons seats last September, 10 short of a majority. Theoretically, three opposition parties could combine to vote no confidence and force a new federal election.  The New Democrats captured 25 seats, running strongly only in British Columbia.  Combined with the Liberals, that’s a governing majority, and there are no super-majority rules in Canada’s parliament.

The New Democrats get enactment of key plans in their platform, such as dental care, pharmacare, and more aggressive action on climate change.  “We will use our power to help people,” explained NDP leader Jagmeet Singh, who represents B.C.’s Burnaby South in parliament.

Few Liberal or NDP lawmakers knew there was a deal in the oven. It was negotiated by top aides to Trudeau and Singh and sealed by the two leaders in a three-hour meeting at the government’s guest house in Ottawa. A key provision was written down: “To ensure coordination of this arrangement, both parties commit to a guiding principle of ‘no surprises.’”

The Liberal and NDP caucuses were then assembled and told of the deal: Canada will have a stable government and no national election for the next three years – at least.  Together, the two parties captured more than 50 percent of the national vote last September.  The Conservatives’ strength is concentrated in rural Western Canada: The party took 119 seats last September and has lost three consecutive elections.

Climate change is a big source of controversy in Canada:  A big chunk of the melting Arctic is in the Great White North. Strong demands for action have come from British Columbia and population centers in Central Canada. A rally featuring teenage Swedish climate activist Greta Thunberg drew 500,000 people in downtown Montreal. By contrast, Alberta is a major global producer of oil, with the energy industry a major presence in northern B.C. and Saskatchewan.

University of British Columbia environmental researcher Kathryn Harrison greeted the Liberal-NDP accord with a Tweet: “It’s a hugely important time to have climate policy certainty as Canada adopts key regulations and solidifies carbon pricing over the next 2-3 years.”

But Alberta Premier Jason Kenney predicted that the New Democrats will “push Trudeau to attack oil and gas even harder and faster.” (Kenney is trying to fend off a far-right revolt in ranks of his province’s ruling United Conservative Party.) “I spent most of my life fighting the left and it makes me sick to my stomach to see this ideology in power for the next three years,” Kenney told the Calgary Sun. A “tax-hiking, inflation-jacking coalition” will rule Canada without checks.

Will the “Confidence and Supply Agreement” work, and to whose advantage? Such accords are rare. But history shows that the bigger fish can develop a big appetite.

The father of Justin Trudeau, the late PM Pierre Elliott Trudeau, served as Prime Minister from 1968 to 1984, with one nine-month period of a Conservative government.  From 1972 to 1974, the elder Trudeau’s minority government was kept in power by 31 New Democrats in the House of Commons.  The Liberals enacted popular social programs, milked the political reward. Trudeau called an election in 1974 and won a big majority.  The NDP was reduced to 15 seats: Its leader lost his seat in parliament.

A more recent example is British Columbia.  In a 2017 election, the NDP took 41 seats in the British Columbia Legislature.  The ruling (not-very-liberal) Liberal Party won 43 seats.  The Green Party captured three seats on Vancouver Island. The New Democrats and Greens entered into a “Confidence and Supply Agreement” which put NDP leader John Horgan in the premier’s office. The accord stuck for three years, until Horgan called a snap election.  The NDP were returned with a big majority.  The Greens were reduced to two seats in the Legislature, and irrelevance.

The Liberal-NDP cohabitation is sure to raise right-wing ire in “the States.” Fox News pundit Tucker Carlson described Trudeau as “a dictator” for evoking emergency powers to end a truckers’ convoy occupation of downtown Ottawa last month. Ex-President Donald Trump has called him a “left-wing Waco.”

But right-wing populism has not caught on with Canadian voters.  The left and center-left are now living together.  The arrangement stands to make Trudeau, in words of the Washington Monthly, “the world’s most successful progressive leader.”