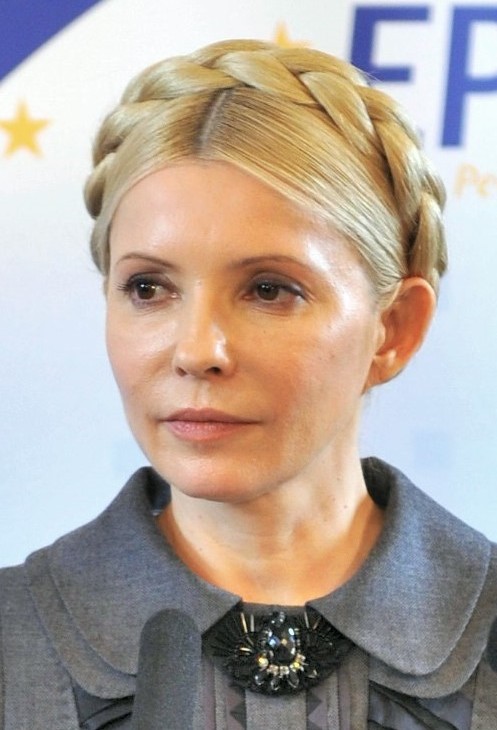 No one could have imagined that Ukraine’s President Volodymyr Zelenskiy would instantly become a global hero.  The former actor/comedian had no experience or credentials other than playing the role as president on national TV, but it got him elected in 2019.

In that election, one of his opponents was Julia Tymoshenko, who was far more compelling and charismatic, but dogged by controversy in her public life.  Unlike Zelenskiy, she previously served as prime minister on two occasions, and candidate for president in 2010 with a solid political base in Ukraine.

An article in Politico featuring Ms. Tymoshenko, described her as “Long Ukraine’s most compelling political figure, she’s a household name, known simply as Yulia.  Instantly recognizable (her blonde halo braid that made her an international icon).  She’s also unpredictable, a mercurial and opportunistic shapeshifter who has veered from arch-Ukranian nationalist to Kremlin partner and back.”

She was also featured in Reuters on March 3, 2019, with this headline, “Ukraine’s Tymoshenko:  ‘gas princess,’ prisoner, and next president?”  Obviously, Ms. Tymoshenko has an interesting past.

In her early 30s, she became known as the “gas princess” because of her lucrative dealings at the head of a major energy company in the 1990s.  Like other big sharks in Ukranian business and politics, Ms Tymoshenko made a fortune in the ruthless and corrupt natural gas business before jumping into the political arena.

What about her arrest and imprisonment?  It really comes from Vladimir Putin’s political playbook:  If you have an opponent that is viable and could prevail, take them out early on.  Ukraine’s president at the time, Viktor Yanukovich, had Vladimir Putin’s blessing, so he had the judiciary put her on trial for pushing through deals allegedly harmful to Ukraine’s national interests during her second stint as prime minister from 2007-2010.  Possible jail time could be up to 10 years, but she eventually served only three (her fasting drew international attention).

In a Politico interview, Julia Tymoshenko maintained that the 2010 election was stolen from her by Yanukovych who ultimately fled to Russia; by his consultant Paul Manafort, who received illicit cash payments, went on to become Donald Trump’s campaign manager and was imprisoned himself in the U.S.  “I have no doubt that in 2010 we won the presidential election,” she said.  “Because today we see in the case of Manafort, we see a book of black accounting…how false it was, how much the people’s choice was distorted, crushed.”

Where is Julia Tymoshenko today?  Is she on the streets in Kyiv carrying a rifle to combat the Russian invaders, or is there another role?  This week she was in Israel expressing gratitude for their support of Ukraine.   As a former female prime minister, she made an appropriate reference to Israel’s former female prime minister, Golda Meir, quoting her “if the enemy lays down his weapons, there will be peace.  If we lay down our weapons, there will be war.”

Don Bonker
Don Bonker is a former Member of Congress from Washington’s Third District and former chair of the House Foreign Affairs Subcommittee on Trade. He now lives on Bainbridge Island and consults on international trade issues.
Previous article
The Ukrainian Challenge to All of Us
Next article
A Salute to Ukraine: Make Blini, Not War