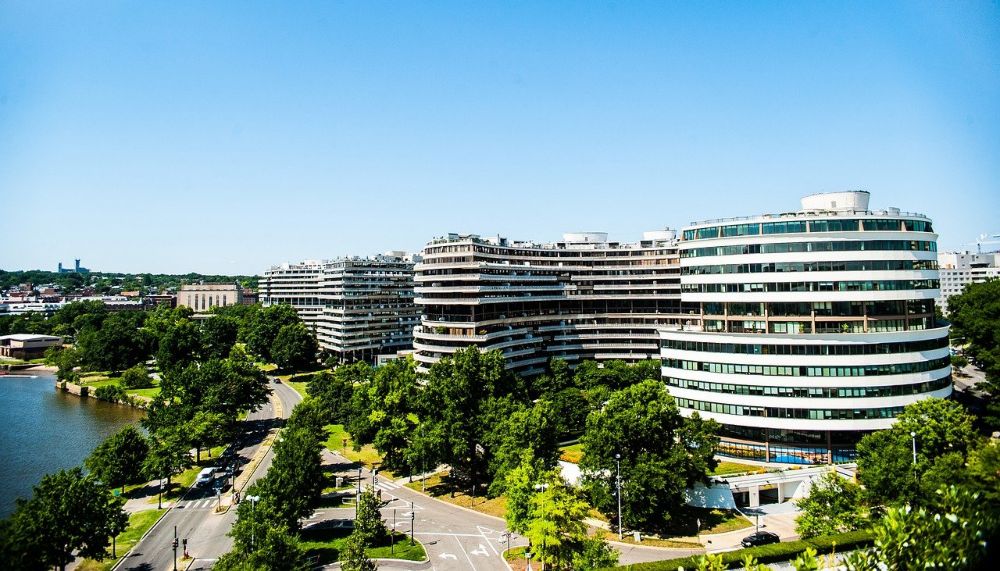 A New Book Revisits Watergate and Asks the Big Question: Why Did They Do It?

The endurance and strength of our American republic can find no better proof than unfortunate presidencies the country has endured over the past 50 years, a half century bracketed by Richard Nixon and Donald Trump.

Watergate: A New History finds a scandal rooted not only in Nixon’s insecurity and paranoia (“Nobody is our friend”), but also probes what Graff calls “a darker, racialized, nativist, fear-mongering strain in the Republican Party and American politics that would half-a-century later find its natural conclusion in Donald Trump.”

In Graff’s view, all investigative books, as well as apologias penned by Nixon’s inner circle, have left unanswered one fundamental question. “Why did you fellows break into the Watergate?” Christy Ehrlichman, wife of top Nixon aide John Ehrlichman, a Seattle attorney, asked years later during a Seattle airport encounter with Jeb Stuart Magruder of the Committee to Reelect the President (CREEP).

An Oval Office tape picked up Nixon asking the same question:  “What the Christ [were the burglars] looking for?” asked the 37th president.  Nixon had once taken faux offense at the salty-tongued language of Harry Truman, but drank, cussed, threatened, and vented bigotry (“No Jews!”) in the company of top deputies Ehrlichman and H.R. Haldeman. Lyndon Johnson helped give them a nickname, “the Germans.”

Watergate: A New History gets an ideal launching pad in a weekend from June of 1971.  Tricia Nixon is getting married in a Rose Garden ceremony studded with aging celebrities.  Angry at her coverage, the President banned the Washington Post reporter who usually reported first family events.  But he then became enraged at the Post’s coverage – “If it were the Kennedys, it would have rerun every night for three weeks” – and told Ziegler to ban Post reporters from the White House.

Two days later, The New York Times broke the story of the Pentagon papers, the classified, 7,000-word government study of the untruths and underpinnings of U.S. participation in the Vietnam War. The Nixon administration sought to block further publication in the Post and NYT and lost on a 6-3 vote in the U.S. Supreme Court.

The White House resorted to extra-legal means, recruiting a leak-plugging team of FBI and CIA veterans nicknamed the White House Plumbers.  Headed by former Seattle lawyer (and Ehrlichman legal partner) Egil “Bud” Krogh, they broke into the office of Dr. Lewis Fielding, a psychiatrist who had Pentagon Papers leader Daniel Ellsberg as a patient.

Krogh would go on to publish a short book warning future White House aides how access to power can turn heads and lead to illegality. (He would also appear on panels with Dr. Fielding.)  A member of the Plumbers team, G. Gordon Liddy, was transferred to CREEP and came up with an espionage/sabotage plan for the 1972 election. Execution of the plan and its coverup would lead to the downfall of a President reelected less than two years earlier with 61 percent of the vote.

The reader is once again introduced to the brooding, deeply insecure Richard Nixon.  He really did represent the darker side of the American dream. He was capable of masterstrokes, witness the 1972 opening to China.  Who would have expected to see Nixon meeting with Mao, or watching the ballet Red Detachment of Women at the Great Hall of the People? At the same time, one is taken aback at the ineptitude and sleaziness of the President’s men.

As to the great unanswered question, Graff speculates on reasons for the Watergate break-in.  Was there worry the Democrats would find out that Greece’s odious military junta had funneled $500,000 into Nixon’s 1968 campaign? Did the break-in intend to find out what dirt the Democrats had on Nixon, or evidence of the opposition’s dirty laundry? Magruder kept opposition research in a safe at his CREEP office. “I want to know what [Democratic Chairman] Larry O’Brien’s got right there,” he instructed the burglars.

“It could have been a bungled burglary designed to gather or cover up improprieties, that the CIA wanted to sabotage by tipping off the D.C. police,” the author writes. Sounds farfetched? Remember, however, that “Deep Throat” – prized news source of Bob Woodward and Carl Bernstein at the Post – was Mark Felt, deputy director of the FBI.

That June, 1971, wedding-Pentagon Papers weekend had one further consequence.  A room at the White House was set aside for top-secret meetings to probe news leaks and dirty goings on.  It was used just once, for a screening of “Tricia’s Wedding,” a 33-minute send-up by the Cockettes of the Rose Garden wedding.

Joel Connelly
I worked for Seattle Post-Intelligencer from 1973 until it ceased print publication in 2009, and SeattlePI.com from 2009 to 6/30/2020. During that time, I wrote about 9 presidential races, 11 Canadian and British Columbia elections‎, four doomed WPPSS nuclear plants, six Washington wilderness battles, creation of two national Monuments (Hanford Reach and San Juan Islands), a 104 million acre Alaska Lands Act, plus the Columbia Gorge National Scenic Area.
Previous article
The Senate on Daylight Saving: Wow! We Passed a Bill!
Next article
Russell Versus the Seahawks: Dueling Press Conferences and Enough Blame to go Around