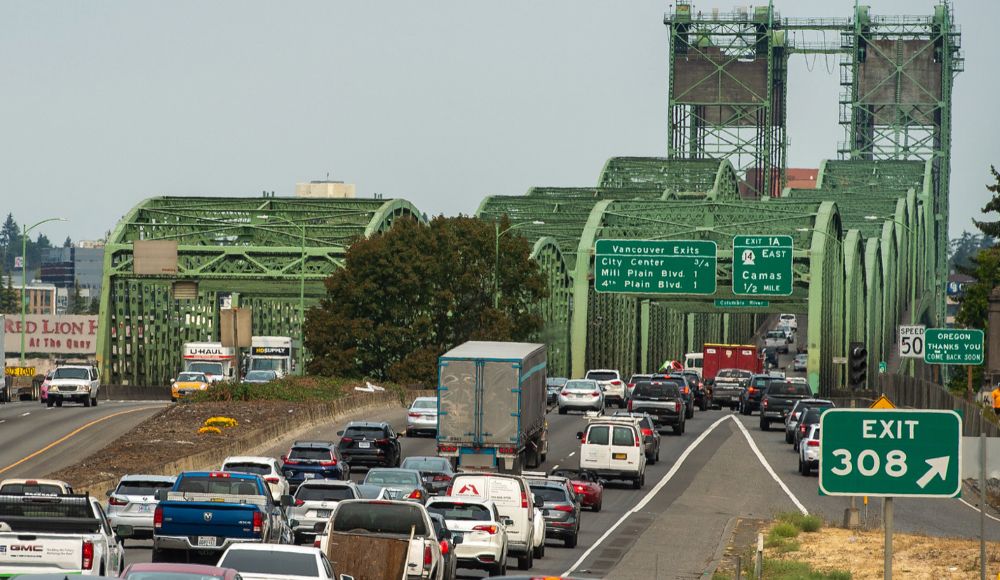 Winners and Winners in the Short Session of the State Legislature

The late Sen. Jim West1 used to say that Olympia looks best in the rear-view mirror. But with the Legislature’s 2022 session in the books, there are some folks looking back fondly as they drive away with a nice haul of money, policy changes, or both. Let’s take a look at some of the winners:

Lawmakers earmarked $346 million in federal money for “enrollment stabilization,” partially backfilling school budgets that would normally have been cut because of declining enrollment. The pandemic prompted big drops in enrollment around the state as parents pulled their kids out of public schools for a variety of reasons. Significant teacher layoffs would ordinarily ensue because state money follows the student.

Teachers and their allies in education also won $236 million for cost-of-living increases in the various formulas by which state money gets sent to local districts. Most of that money ultimately flows to school employees.

As we’ve noted in the past, the Washington Education Association, the powerful teachers union, is the single biggest player in Washington State politics, moneywise, which makes sense given that the state pays for most education costs. The union and its PAC spent $3.75 million on campaigns in the 2020 cycle. With a haul of more than half a billion dollars this year alone, that looks like money well spent.

As minority Republicans pointed out repeatedly, most forms of broad tax relief failed this year, but the state’s smallest businesses get a nice bump from Senate Bill 5980, by outgoing Sen. Reuven Carlyle, D-Seattle. Businesses with less than $125,000 in gross income will be exempt from the business and occupation tax, while businesses with less than $250,000 will get a 50 percent cut in their B&O bite. That’s about $60 million a year in tax relief for 125,000 small business owners, about 70 percent of businesses in the state.2 Lawmakers also earmarked some $75 million in pandemic-related small business assistance.

The single biggest item in the massive $16.8 billion transportation package is $1 billion for replacing the rickety Interstate 5 bridge that links America’s Vancouver and Portland. (This assumes that the state can hug it out with Oregon after that ill-fated exported fuel tax unpleasantness and the many other disputes that have gummed up that project for many years.)

Eventually, and probably after several more billions, that should help with the teeth-grinding nightmare that is the Vancouver-PDX commute. Meanwhile, that project — and many others in that package — are going to make some construction companies rich and put some F-150s3 in the driveways of the many hardhats around the region who will go to work building the span.

Transit and other forms of non-car transportation

While there’s still some grousing from the leftward end of the environmental movement about that bridge and all the other car-centric asphalt in that package, it also spends a historic pile of money — about $4.3 billion — on transit and bicycling and pedestrian infrastructure. (Examples: There’s $50 million for bus rapid transit on Division Street in Spokane and $50 million for pedestrian improvements on Aurora Avenue in Seattle.)

The cap-and-trade system for major emitters of carbon pollution created last year by the Climate Commitment Act infused new green-focused money into those areas that had been lacking in the two decades since the Legislature knuckled under4 to Tim Eyman and repealed the motor vehicle excise tax. Also, Gov. Jay Inslee’s deft move to promote former Senate Transportation Chair Steve Hobbs to Secretary of State cleared the way for the more progressive Marko Liias to take over that role, and for a transportation budget that largely froze out minority Republicans.

They’re spiking the football over at the Transportation Choices Coalition.

A labor union to be named, maybe?

Lawmakers approved that bill allowing the Legislature’s own staff to unionize, but that immediately raises this potentially very thorny question: Which union? Most of the likely candidates are aggressively political on the left. For example, the Washington Federation of State Employees just wrote a $100,000 check to New Direction, a progressive political action committee that helps Democrats hang on to the majority.

We’re told the most interested party is IUPAT 116,5 a fledgling union for campaign workers that was formed in 2020 and lobbied this year for the chance to organize the legislature’s workers. We started seeing dues to the union in the spending disclosures of the more leftward candidates in the Seattle municipal races last year.

The movie business and folks who work in it

Dignified Senate Ways and Means Chair Christine Rolfes outed herself on the Legislature’s last day as a binge-watching fangirl of “Grey’s Anatomy,” the long-running soapy medical drama set in Seattle. This little nugget emerged during the Senate debate over House Bill 1914, sponsored by Rep. Marcus Riccelli, D-Spokane, which is aimed at making the state more attractive as a location for shooting movies and television, primarily through a B&O tax credit program.

The movie business tends to follow such tax incentives, leading to some weird outcomes in terms of locations. As Rolfes, D-Bainbridge Island, noted, the scenes in Grey’s Anatomy that are set on Bainbridge don’t look much like the actual island.6Enthusiasm for Puget Sound-set romances is apparently bipartisan; Sen. Ron Muzzall, R-Oak Harbor, offered fond reminiscences of the filming of “An Officer and a Gentleman,” the 1982 Debra Winger/Richard Gere weepie. The movie was set on and around Naval Air Station Whidbey Island and filmed across the water in Port Townsend when Muzzall was a senior in high school.

2. Conflict of Interest Disclaimer: Washington Observer LLC will be a beneficiary of this change.

3. I’d go with the all-electric Lightning; gas is likely to get even spendier in the next few years.

4. Eyman always gets the rap — or the credit — for repealing the MVET. But it’s important to remember that the Supremes tossed Initiative 695 and lawmakers went ahead and repealed it themselves.

5. IUPAT stands for International Union of Painters and Allied Trades. The allied trades are things like sheetrocking, flooring installers, etc. Seems an odd match for political workers and legislative aides.

6. Only some of the urban exteriors from “Grey’s Anatomy” were shot in Seattle. (It’s a testament to Shonda Rhimes’ gifts as a filmmaker that she can make even traffic on Interstate 5 look sexy.) The hospital, weirdly, is actually Fisher Plaza, home of KOMO TV, while Meredith’s original “intern house” is an actual 115-year-old 4-bedroom in Queen Anne currently valued at nearly $2 million. Most of the show is shot on soundstages in California.

This article first appeared in the author’s news service, The Washington Observer.

Paul Queary
Paul Queary, a veteran AP reporter and editor, is founder of The Washington Observer, an independent newsletter on politics, government and the influence thereof in Washington State.
Previous article
The Zeitgeist of World’s Fairs, Including the One in Seattle, 60 Years Ago
Next article
Barnett and Kaushik: A Debate About What Works and What Doesn’t in Addressing Street Crime