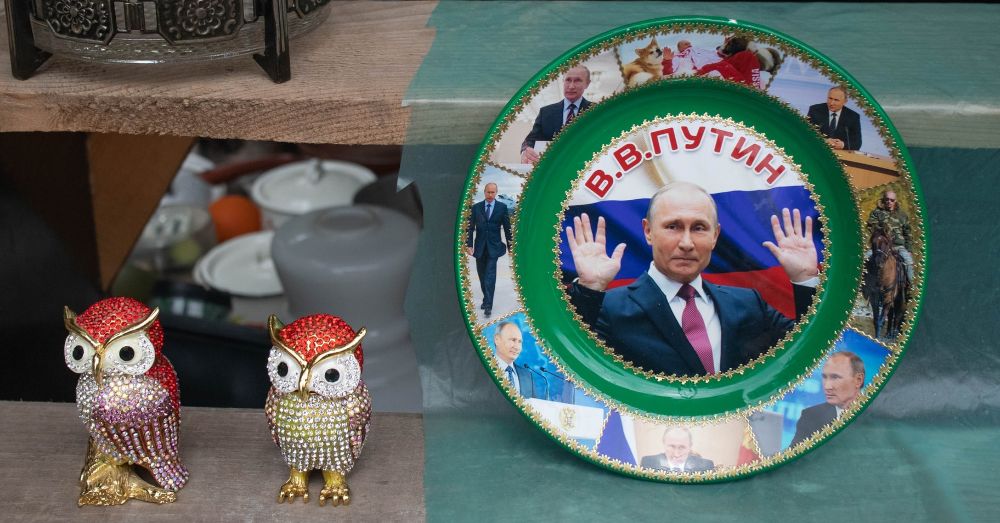 Putin’s Blueprint to Autocracy (And a Warning to America)

Russian President Vladimir Putin is waging a war against Ukraine that is terrifying more than 100 million people living in other states in the former Soviet empire as well as millions of Russians who know about the atrocities being committed in their name.

Putin has unchecked power after 22 years in the Kremlin during which he systematically dismantled institutions essential to freedom from tyranny. Independent media that sprang up in the first years after the Soviet Union’s 1991 breakup have been shut down, their brave journalists arrested, attacked, or gunned down as a warning to others who persist in reporting the truth.

Russia’s State Duma, the lower house of parliament dominated by Putin’s United Russia party, has enacted laws allowing the career KGB agent to stay in power until at least 2036, despite term limits at the start of his presidency that should have retired him in 2008.

At Putin’s direction, lawmakers have criminalized protest and banned human rights advocacy groups, branding them foreign agents. His judicial authorities bring bogus charges against political challengers like jailed opposition leader Alexei Navalny and exiled oil magnate Mikhail Khodorkovsky, who spent a decade in prison. Those who defy or malign Putin, from home or abroad, can be poisoned or assassinated by his secret police henchmen, as in 2015 when the democracy advocate and formidable rival Boris Nemtsov was shot dead at the doorstep of the Kremlin.

Too many Americans take our democracy for granted and brush off former President Donald Trump’s attacks on our institutions as the usual rough and tumble of politics. His claims to have had a 2020 re-election victory stolen from him have convinced millions of his followers that our votes are vulnerable to manipulation. That has encouraged Republican-led state legislatures to restrict voting rights and put partisan lawmakers in charge of the counting instead of career professionals. His supporters chant “Lock Her Up!” when he mentions Hillary Rodham Clinton, as if she committed a crime by running against him. They shout “fake news” when he denounces media reports exposing lies and misdeeds.

Trump spent four years in the White House trashing important global alliances to combat climate change, harness Iran’s nuclear ambitions and stand by the North Atlantic Treaty Organization that defends against the kind of attack being unleashed on Ukraine. The former president took Putin’s word that Russia didn’t interfere in his 2016 election campaign over unanimous reports by U.S. national security agencies that it did. If Trump had won re-election, he likely would have pulled the United States out of NATO in his second term, his former national security advisor, John Bolton, told the Washington Post over the weekend. Such a retreat from the alliance that has deterred aggressions against the United States and its allies for 73 years would give a green light to Putin to seize any of the former Soviet states that now rely on NATO to defend them.

The question that arises from Putin’s invasion of Ukraine is why he fears a neighboring country that surrendered its nuclear weapons decades ago, has a smaller and ill-equipped army, less than a third of Russia’s population and one-seventeenth of the territory of the Russian federation, already the world’s largest national landmass. Why does he need an empire when he has the biggest armed forces in Europe and the most nuclear-capable missiles in the world?

Putin has described the Soviet Union’s collapse as the greatest geopolitical tragedy of the 20th Century. He accuses NATO — the embodiment of the United States, in his mind — of “encroaching” on a sphere of influence Russia should have inherited with the Soviet breakup.

Putin’s ultimate objective may be to replay the superpower rivalry of the Cold War in a new showdown with the United States, with victory this time going to his empire, a glorious triumph that would seal his legacy as the greatest of Russian leaders.

Putin may fail even to take Ukraine, judging by the fierce resistance of Ukrainians and his forces’ stalled offensives on Kyiv and Odessa. But a failed autocrat is just as dangerous, especially one who has been brandishing the nuclear threat against NATO-allied states he sees as Russian defectors.

Putin has made his country a global pariah and himself a one-man leadership, isolated from his people and advised by loyal yes-men who tell him what he wants to hear. That explains his miscalculation that his armed forces would conquer Ukraine in 48 hours and install a puppet government that would be cheered by Ukrainians grateful for their liberation.

It is too late for the Russian people to rise against their megalomaniacal leader. Many among Russia’s 144 million citizens, especially those with painful memories of World War II suffering, have been swayed by state-run media propaganda to believe Ukraine is ruled by neo-Nazis and poised to station NATO nuclear missiles on its territory and aimed at Russia.

Thousands of Russians who have managed to learn the reality of their country’s aggression against Ukraine have taken to the streets in antiwar protests that are swiftly and brutally broken up by club-wielding federal police. Tainted elections have returned Putin to office in the past and can be counted on to keep Russians powerless to rein in or vote out their leader.

The caustic divisions in American political culture these days make us vulnerable to the predations of leaders with unbridled power and delusional aims. Putin calculated that NATO would split under the pressure of deciding a response to his Ukraine invasion, that the alliance had been fatally weakened by Trump’s disparaging of its core principle, that an attack on any of its 30 member states is an attack on all. Americans need to repair this corrosive internal strife, or the next rogue leader’s aggression might not be a miscalculation if it is aimed at us.

“What can we do?” asks Daniel Chirot, professor emeritus of European history and tyranny at the UW’s Jackson School of International Studies. “The most important thing is to work at diminishing our polarization. So far, most Republican leaders have at least agreed with (President Joe) Biden’s moves, which seem effective if not yet decisive. If Trump and the extreme right get into power, then you will see America’s influence collapse and our enemies triumph. They are, as Mitt Romney recently suggested, very close to being traitors. So we have to hope and work at helping reasonable conservatives gain stature.”

Glennys Young, chair of the Department of History at the UW international school, laments the heightened government censorship of news and social media in Russia since the invasion began and how that distorted presentation of the conflict has made Russians fearful of speaking out against the official line.

“My hope is that those who believe this narrative will begin to question it” with time, a prospect she sees as a long shot at this juncture.

Carol J Williams
Carol J. Williams is a retired foreign correspondent with 30 years' reporting abroad for the Los Angeles Times and Associated Press. She has reported from more than 80 countries, with a focus on USSR/Russia and Eastern Europe.
Previous article
Floyd McKay, the Passing of a Northwest Journalism Legend
Next article
Where’s the Cheapest Healthcare in Washington?