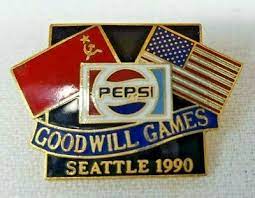 Recalling the Goodwill Games: An Investment in Befriending Russia

I am sick to my stomach with Russia’s war to steal the Ukraine for Vladimir Putin’s dreams. Many many Washingtonians worked so hard to build positive and productive programs of culture, business and trade with Russia. Our pioneers were folks like Jim Talbot of Billingham who started to trade fish on the high seas with the Russian fish boats. I think of Carol Vipperman and her work at the Russian American foundation. She and her team worked very hard. Father Bill Sullivan of Seattle U. was a crucial leader, as were Roseann Royer, Kay Bullitt, Emory Bundy, and Patsy Bullitt Collins, Doug Jewett, Jarleth Hume, and Paul Schell, who championed the inspiring Goodwill Arts Festival.

I remember our first people-to-people visits all throughout Russia and our work with the Russian people, hoping the possibility of trade would begin to open up friendships and trust. It’s hard to forget all the cultural exchanges in dance and opera and orchestras in Seattle and Tacoma and Spokane hoping to build friendships in Russia. Bob Walsh sparked the 1990 Goodwill Games, an idea dreamed up by Ted Turner, and many of us struggled to make that happen. Praise God for all those athletes and people who came together and formed personal bonds in practicing “citizen diplomacy.”

And let’s not forget that night when it was cold and rainy in Grays Harbor and the longshoremen came back to work for free delivery of a shipload of food for the Russian Far East, all of it donated by Washington state people. How many days and nights we traveled back-and-forth across Russia introducing Washington State companies and corporations to the Russian people and visa-versa.

Our trade with Russia went from zero dollars to billions of dollars. We watched the establishment of the first Russian consulate to be created in many decades and how Seattle was chosen for it. The visit of Russian leader Boris Yeltsin to our state and our city! The ports of Tacoma Seattle and Everett and Bellingham stepping forward to build relationships with ports in the Russian Far East.

It just breaks my heart to see what’s happening now, in contrast to our Washington state people’s hard work to make a positive and productive relationship with Russia. And now we watch it slip away on the streets of Ukrainian cities and towns that are being bombed and destroyed. It all makes me want to throw up. May God watch over the Ukrainians. I pray for better days ahead. 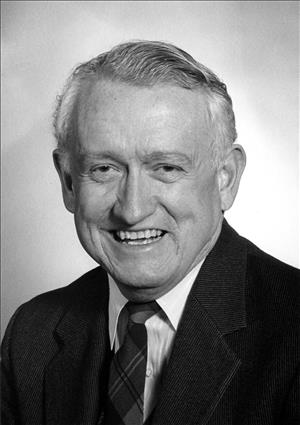 Ralph Munro
Ralph Munro is a retired American Republican politician who previously served as the 13th Secretary of State of Washington. First elected in 1980, he served five terms.
Previous article
Putin’s Ukraine Invasion: An Ominous WWI Parallel
Next article
When a Country Believes its own Mythology (for Good and for Bad)