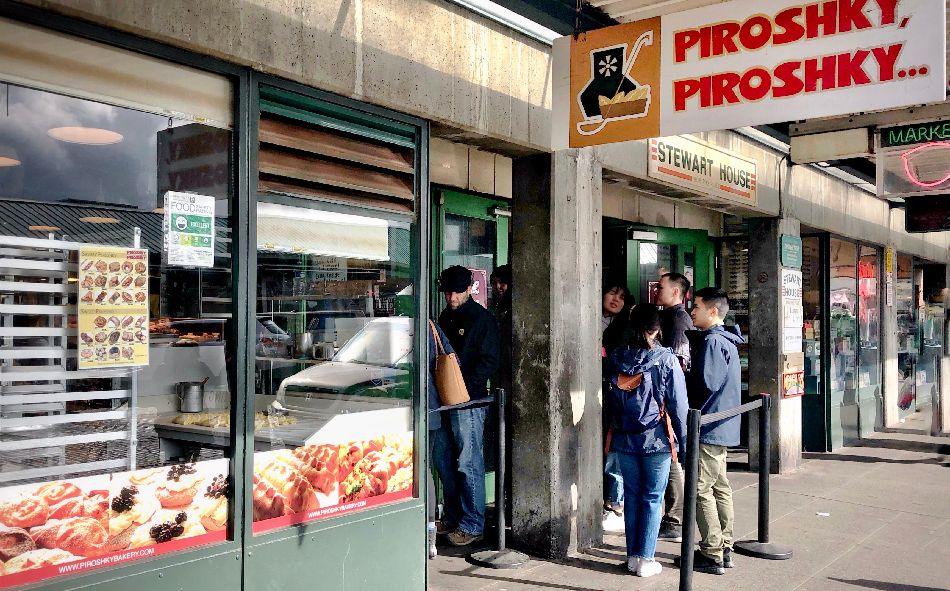 Another Shooting, Another Store Closes

“How many shootings do we need to have to realize this is an active emergency in downtown Seattle?” asked Olga Sagan, the deeply frustrated owner of Piroshky Piroshky Bakery in Downtown Seattle. “The streets of downtown have been abandoned by government and handed over to criminal activity.”

Sagan shut down her Third and Pine location after someone was shot just around the corner, and after addicts blocked the entrance to her shop. She had called police — no response. Her response is to close up shop.

The drugs and open dealing are what you see walking that section of our downtown, as I do frequently. You’d need to be blind not to notice. Sagan’s comments echo those of Wild Ginger’s Rick Yoder and Maria Coassin of Gelatiamo in interviews last month. Yoder has hired security to guard the doors; last month Coassin had to repair a shattered entrance.

You ask what the hell is going on at City Hall and with Seattle Police?

You get, at this moment, two answers. Seattle Police say they just don’t have enough officers, which raises the question — why not do at least a short-run deployment to bring some order to that Third Avenue hot spot? The other answer, from incoming Mayor Bruce Harrell — a strategy is coming.  Coming.

It better come soon or downtown recovery may not arrive in months, as the Downtown Seattle Association hopes, but not for years, if ever. The public is tired of excuses.