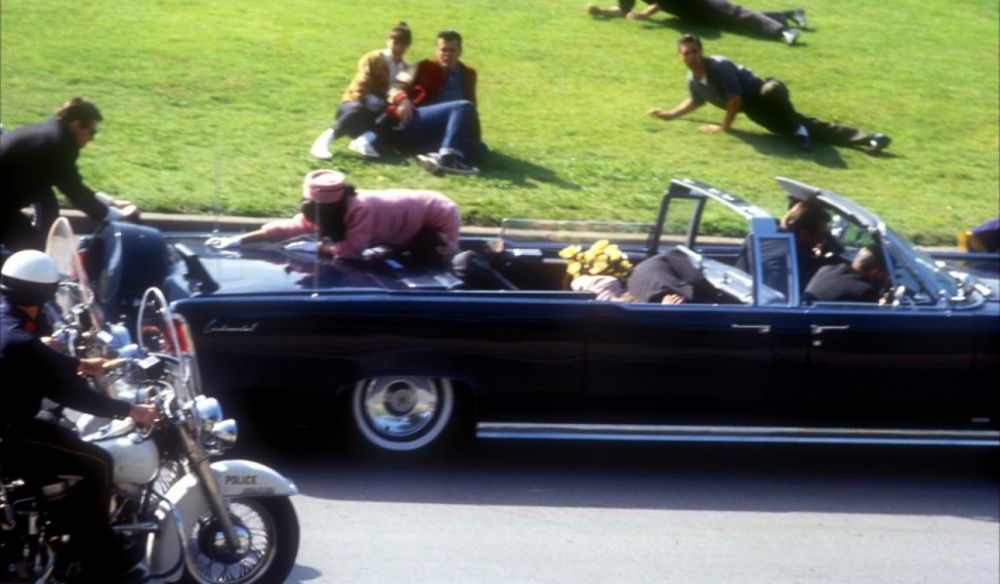 On Presidents Day, Our Iconic President

On a cold February morning five years ago, I embarked on a dark and dismal pilgrimage to Dallas, Texas, to find the exact place where John Kennedy was killed on November 22, 1963.

Before entering the old Texas School Book Depository building, I stood for a long moment near the “X” that denotes the very spot where Lee Harvey Oswald’s murderous bullets rained down on the young president as his black limousine passed the grassy knoll to the north of Elm Street. The horror that day took place in Dealey Plaza, a 15-acre city park in the West End Historic District of downtown Dallas, sometimes called the “birthplace of Dallas.”

The sixth floor of the 85-year-old brick building was christened the Sixth Floor Museum on Presidents’ Day, February 20, 1989. Up here is the sniper’s nest, where Oswald did the devil’s work. I stood in a window where the shots were fired.

Visitors move about slowly, quiet as ghosts. The 8 mm Zapruder film, 40 seconds of hell on earth, plays in a soundless loop, endlessly.

All of us know where we were and what we were doing upon learning that John Kennedy’s life was severed in that glaring Friday noontime in Dallas. That moment is forever fixed, the mind stopping like a clock, a bright trajectory ending in midpassage. Our pain makes us precise.

Countless times we’ve shared with others our own private story of those haunting, heart-stopping seconds. Such unthinkable vividness: The screaming, tire-squealing rush to Parkland Memorial Hospital, our parents’ helpless tears, the blood-splattered dress Jackie would not remove, (“I want them to see what they’ve done!”), and on to Arlington National Cemetery, where a little boy saluted a long mahogany box draped with the American flag.

As the great essayist Lance Morrow once wrote: “It is Kennedy’s deathday, not his birthday, that we observe.”

No, there has been only one JFK moment, for John Kennedy still occupies a rare and unusual place in our national psyche. Some have suggested the Sixties began that tragic day.

It is the myth of Kennedy that nearly 60 years later continues to overshadow, to outlive the substance of what he achieved.

Wrote Morrow: “The death of John F. Kennedy became a participatory American tragedy, a drama both global and intensely intimate. And yet Americans felt Kennedy’s death in a deeply personal way: they, and he, were swept into a third dimension, the mythic.”

Perhaps it is the myth, a sense of hope, that anything is possible, even going to the moon. That may be the central accomplishment of his presidency – that for one brief and shining moment we stole fire from heaven. Perhaps. As Yeats wrote, “How can we know the dancer from the dance?”

And Moynihan, who later became a U.S. senator, is said to have famously replied, “Mary, we’ll laugh again, but we’ll never be young again.”

Ellis Conklin
Ellis Conklin spent decades as newspaper man, mainly in Los Angeles, Seattle and St. Louis, having worked at the Los Angeles Herald Examiner, United Press International as a national feature writer, and the Seattle Post-Intelligencer. At long last, he and his wife settled in Manzanita, Oregon. Here, Ellis continues to root for his beloved San Francisco Giants.
Previous article
Where the Bodies Are Buried: Seattle’s Historic Cemeteries
Next article
What Does New York City Know that ‘New York Alki’ Doesn’t Get?