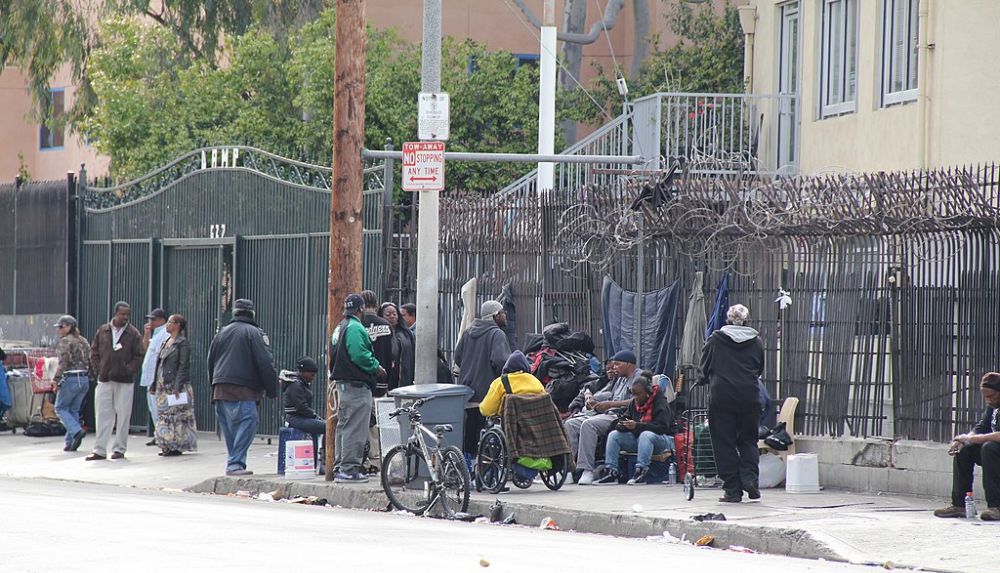 Like it or not, our compassion for the homeless is wearing thin. Our tolerance is running low. Urban progressives who once championed the much-maligned “Defund Police” mantra, have grown quieter in recent months, and a serious backlash is flaring in cities up and down the West Coast.

Enough already has become a cry as common as a newborn baby’s wail.

On Thursday it was revealed that Portland Mayor Ted Wheeler is set to unfurl an emergency order that will allow this mendicant-weary burb to more easily rid itself of homeless encampments from roadsides and other places thought to be dangerous to so-called “outdoor campers.” Friday he delivered with the new policy.

This comes after a Portland Transportation Bureau study showed that 70 percent of pedestrians killed in traffic crashes last year, and so far in 2022, were homeless.

If the emergency order goes through, the embattled Wheeler, who, like former Seattle Mayor Jenny Durkan, faces relentless criticism for his tepid response to the homeless epidemic, will allow him to ban encampments across numerous corridors of Oregon’s largest city.

According to a poll conducted in early December by Portland-based opinion research firm DHM Research, 45 percent of those polled in the Portland metro area said homelessness was the biggest issue facing the region. Crime finished a distant second with 24 percent.

In 2021, those who said homelessness was a key impediment to the city stood at 32 percent. Four years prior, however, the problem of homelessness sat at 24 percent, with a mere 2 percent of those polled citing crime.

“It is likely to be the first in a series of emergency declarations that the mayor plans to issue in the coming months in an attempt to dramatically reduce street camping and connect more people with shelter and social services, two Ted Wheeler staffers with knowledge of the plans said,” the Oregonian reported.

“Limiting the locations of homeless encampments has been a longstanding goal of the mayor and is supported by most business interests and some residents. But it is unclear where people without homes would go. The city’s long-promised half dozen safe rest villages are months behind schedule. And available shelter beds are limited.”

In Seattle, meanwhile, Bruce Harrell did not become mayor because of his good looks or because of his long-ago prowess on the gridiron at the University of Washington. He was elected mayor primarily because he promised to beef up on policing and crackdown on the homeless, or at least those who refused to take advantage of city-supported shelter options.

On the day after Christmas, a homeless encampment at Green Lake was removed by city crews, who days before notified people living in RVs and tents around the lake of the planned clean-up. Angry neighbors, fed up with the trash and violence in the area, were at last able to convince the city that something needed to be done.

Weeks earlier, in December, two North Seattle homeless encampments – at the Ballard Commons and Bitter Lake – were also cleared, as dozens of desperadoes there at last came to their senses and opted to move to newly opened hotels and shelters.

The Bitter Lake compound, located, for goodness’s sake, between a playfield and a school playground, had been around for more than a year.

While all this was going down, the San Francisco Board of Supervisors voted 8 to 2 to codify Mayor London Breed’s state of emergency declaration, which, in essence, will permit the city to go full-throttle in clearing homeless camps populated by opioid addicts from the city’s Tenderloin district – San Francisco’s version of Seattle’s Third and Union-to-Pike hellhole.

Numerous studies have shown that the vast majority of homeless individuals either suffer from mental illness or drug/alcohol abuse – or both.

Last summer, in Los Angeles, their city council passed a sweeping measure to stop dead the proliferation of homeless camps around the city. It could have huge implications for up to tens of thousands of people seeking refuge in tents and makeshift sidewalks encampments, which, as we all know, have grown rampant in Seattle.

In the summer of 2016, while writing long-winded features at the now-defunct Seattle Weekly, I went to Salt Lake City and spent time with a devout Mormon named Lloyd Pendleton, who almost single-handedly put an end to homelessness in Salt Lake. He did it by pushing forward a program Seattle had abandoned, inexplicably,15 years before. It was called Housing First.

I wrote: “Of the nearly 600,000 homeless people in the U.S., the vast majority, some 85 percent, spend relatively short periods of time (“the episodic homeless,” they are often called) sleeping in shelters and the like, according to the U.S. Interagency Council on Homelessness. The remaining 15 percent are the real desperadoes—the ones who have fallen so far that night after night spent in a soggy blanket must suffice for a permanent home.

In 2005, Utah was home to 1,932 chronically homeless people. Today there are 178—a remarkable 91 percent drop statewide.

“It can be done. It’s not rocket science,” says Lloyd Pendleton. “You just need the political will.

“What Utah did was discard the old paradigm long employed by social-service agencies nationwide, which, in essence, dictates that first one needs to make the homeless “housing-ready”—meaning they should be placed in temporary crisis shelters or halfway houses and complete drug-rehabilitation treatment or mental-health counseling or both before they can expect to live permanently in their own apartment.

“If you have to worry where you’re going to be sleeping tonight, you’re not going to care about dealing with staying clean,” Pendleton explains as we pass strip malls filled with Mexican food trucks and a scatter of old, wood-peeling clapboard houses on the city’s poorer west side.

“Everyone living on the streets deserves a home, and we operate on the belief that no one should have to prove that they are ready or worthy of residing in their own place.”

I remember sending the story to Jenny Durkan, whom I’d known during her years as a trial attorney and later as U.S. Attorney for the Western District of Washington. It was 2017, and she had just been elected, and I knew the issue of homelessness would likely occupy much of her administration’s attention.

Surely, Jenny would be interested, I thought, and I figured at the very least her press people would pass it along to her. No response. I assume she must have been very busy at the time. But certainly, no busier than Portland’s Ted Wheeler is today.

Ellis Conklin
Ellis Conklin spent decades as newspaper man, mainly in Los Angeles, Seattle and St. Louis, having worked at the Los Angeles Herald Examiner, United Press International as a national feature writer, and the Seattle Post-Intelligencer. At long last, he and his wife settled in Manzanita, Oregon. Here, Ellis continues to root for his beloved San Francisco Giants.
Previous article
Digitized Worship, a Blessing for a Time, Is Now a Threat to Churches
Next article
Italy — An American Expat’s Breakfast Blues