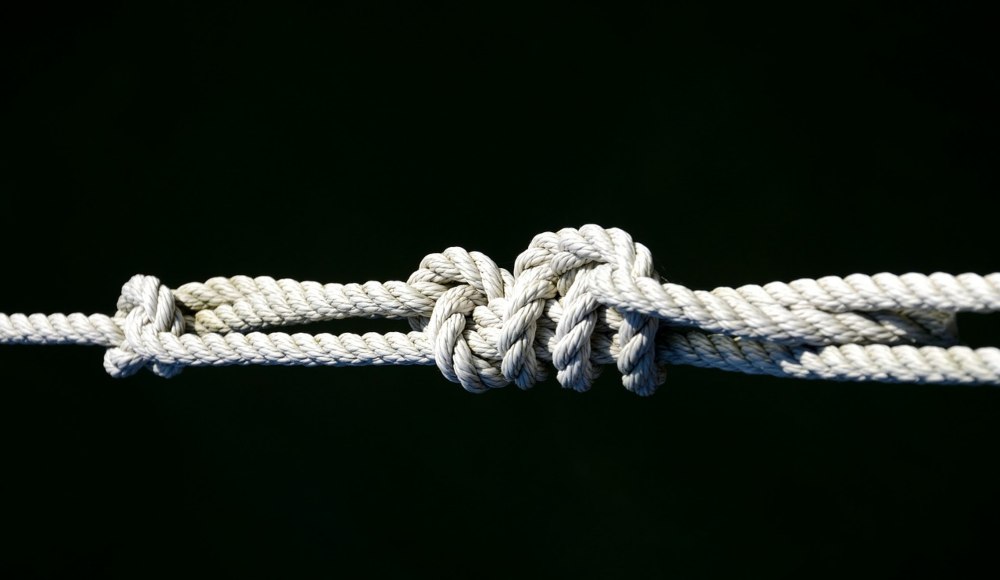 Knotting Up: The Legal Obstacles of Gerrymandering

Who cares if state legislators draw up voting districts designed to screw the other party – and possibly perpetuate the cult of Donald Trump?  Not the United States Supreme Court.  But voters care. The question is: Where to turn for relief? The laws, as we shall see, don’t make it easy.

“It’s already become clear that increasingly partisan state legislatures can’t be trusted to draw fair maps,” Joshua A. Douglas writes in Politico, “and the U.S. Supreme Court — given a chance to intervene — made things worse by washing its hands of the issue. Congress, too, doesn’t look likely to step in to set uniform rules that prevent the worst abuses in redistricting.”

The Justice Department has recently sued Texas over redistricting that avoids giving fairer representation to the state’s many new non-white residents.  That case involves an alleged violation of the 1965 Civil Rights Act, rather than the Constitution, which is an important legal difference. Racial redistricting poses an easier legal case for opponents to overturn, as opposed to partisan redistricting which creates many legal thickets.

Some politicians pretend to believe that the 2020 election was stolen and are doing their best to steal the next one.  There are many efforts to change election laws in ways that make it harder to vote, or easier to overturn results, or electing partisans to positions overseeing elections.  Likewise for partisan gerrymandering.  Drawing the boundaries of electoral districts in ways that benefit one’s own party is part of a worrying pattern in which conservative Republicans are trying to make sure that the majority will not rule.

Of course, today’s Republicans are not the only politicians who have tried to avert or dilute majority rule.  The framers of the Constitution did exactly the same thing.  People complain these days that a majority vote isn’t enough to elect a President, and that the Senate grossly over-represents thinly-populated states.  All true, and all exactly as the founders intended.  It’s right there in the Constitution – so it can’t be unconstitutional. But states don’t have that constitutional protection.

Past versions of Supreme Court rulings have found that states have drawn – or refused to redraw – legislative districts in restricted ways that were unconstitutional.  In its 1962 Baker decision, brought by residents of Tennessee, the Supreme Court ruled that drawing electoral boundaries was a “justiciable” issue on which federal courts could rule.

Two years later, in Reynolds v. Sims, the Supreme Court followed up Baker by ruling that Alabama districts with gross disparities in the numbers of voters they contained violated the Constitution.  The Reynolds court came out with the famous “one person/one vote” rule. “Simply stated,” the court explained, “an individual’s right to vote for state legislators is unconstitutionally impaired when its weight is in a substantial fashion diluted when compared with votes of citizens living in other parts of the state.”

The issue in those cases wasn’t legislatures changing district maps in unconstitutional ways; it was legislatures not changing them enough or at all, since districts drawn around the turn of the 20th century hadn’t been updated.  In the intervening years, urban populations had grown exponentially and rural populations hadn’t.  Therefore, the residents of sparsely-populated rural districts had much more representation, proportionally, than the residents of a dense urban district. Districts established at the end of the Spanish-American War, which survived largely unchanged into the Vietnam era, weren’t confined to the old South.  This created ludicrous urban-rural disparities.  In Ohio, each county was a district.  By 1960, Ohio’s Franklin County had over 300,000 residents, while the state’s Vinton County had 11,000.

Washington state wasn’t much better.  Here, too, rural voters were over-represented, and the Legislature wouldn’t change this imbalance.  In 1956, the League of Women Voters ran a successful initiative to redistrict the state in a strictly non-partisan way.  The Legislature, then as now unable to agree on much of anything, managed easily to muster a two-thirds vote to supplant the initiative’s redistricting plan with one of its own — one that largely re-codified the status quo.

The legislature’s plan wound up in court.  The state supreme court ruled it was OK.  Dissenting, Justice Frank Weaver airily observed that “For 56 years, from 1901 to 1957 . . . our successive legislatures ignored” the state constitution’s re-districting requirement.  “Lest this be interpreted as a criticism of our past legislatures,” Weaver wrote, “I hasten to point out that the experience of this state parallels the experience of most states.  In varying degrees, they have all been affected by this system of ‘silent gerrymandering.’”

But this whole phenomenon of districts where one person’s vote was worth many times more than another’s wasn’t overtly a matter of partisanship.  It all boiled down to arithmetic, which gave courts objective standards on which to judge the imbalance. Partisanship was a different legal matter raising the numerical question of how much partisanship is too much?  The U.S. Supreme Court has not been willing to grasp that political hot potato.

Dodging that question has created legal chaos. In Gill v Whitford, a retired University of Wisconsin law professor, William Whitford, argued against the state’s partisan gerrymandering. The court dodged the issue by deciding that Whitford had no “standing” to sue, arguing that the plaintiff had to prove that he, personally, had had his vote diluted in his own legislative district.  Whitford was a Democrat from a heavily Democratic district. The fact that gerrymandering kept the Democrats from gaining a majority in the state legislature was deemed irrelevant, which meant that Whitford had no constitutional right to a fair crack at a state majority.  Forget about it.

Two years after Gill, the Supreme Court’s Rucho decision went beyond the narrow issue of “standing.”  This time the majority didn’t argue that the plaintiffs couldn’t sue; it said the federal courts couldn’t to hear their suit.  Partisan gerrymandering was not a “justiciable” issue — that is, it was nothing the courts could consider.  Forget about it.

The majority reasoned that a court would need some objective way to decide how much gerrymandering would be too much.  (The plaintiffs in Gill had proposed a test, but the Court hadn’t bought it.) Excessive partisanship in districting leads to results that reasonably seem unjust. But the fact that such gerrymandering is “incompatible with democratic principles,” does not mean that the solution lies with the federal judiciary. “We conclude that partisan gerrymandering claims present political questions beyond the reach of the federal courts. Federal judges have no license to reallocate political power between the two major political parties, with no plausible grant of authority in the Constitution, and no legal standards to limit and direct their decisions. [J]udicial action must be governed by standard, by rule,” and must be “principled, rational, and based upon reasoned distinctions” found in the Constitution or laws. “Judicial review of partisan gerrymandering does not meet those basic requirements.”  In other words, it’s a problem, but it’s not our problem. Forget about it.

Justice Elena Kagan disagreed.  The gerrymanders in question, Kagan (who was joined by Justices Ginsberg, Breyer, and Sotomayor), wrote in a long dissent, ”promotes partisanship above respect for the popular will. They encouraged a politics of polarization and dysfunction. If left unchecked,” she argued, “gerrymanders like the ones here may irreparably damage our system of government.”

In fact, the Court wasn’t powerless to act.  Kagan continued in her important dissent: “checking [the gerrymanders] is not beyond the courts. The majority’s abdication comes just when courts across the country, including those below, have coalesced around manageable judicial standards to resolve partisan gerrymandering claims. Those standards satisfy the majority’s own benchmarks. They do not require—indeed, they do not permit—courts to rely on their own ideas of electoral fairness, whether proportional representation or any other. And they limit courts to correcting only egregious gerrymanders, so judges do not become omnipresent players in the political process. But yes, the standards used here do allow—as well they should—judicial intervention in the worst-of-the-worst cases of democratic subversion, causing blatant constitutional harms. In other words, they allow courts to undo partisan gerrymanders of the kind we face today from North Carolina and Maryland. In giving such gerrymanders a pass from judicial review, the majority goes tragically wrong.”

Assuming the Supreme Court continues with its 6-3 conservative majority, are there legal alternatives?  There are. As both the dissent and the majority noted in Rucho, some courts are managing to find them.  The majority made clear that unlike the federal constitution, many state constitutions require fair elections. They therefore provide a basis for judges to decide.

Joshua Douglas argues in his Politico article  that the state courts are the places where the battle over partisan gerrymandering can be won.  “Given the aggressive partisan behavior of state legislators, it might seem absurd to hope for a state-level fix,” Douglas writes.  “But in fact, state constitutions are a source of robust voting rights protection — meaning state courts could have a crucial role to play.

So we are back at the question of where, legally, to turn to overturn partisan gerrymandering. If you don’t trust partisan legislators to do the job — and you shouldn’t — then what about the courts?  One problem: Courts mostly don’t want that responsibility — and arguably, they shouldn’t.  It’s not their thing, explains University of Washington Law School professor Hugh Spitzer.  And they’re “mediocre” at doing things outside their normal function of deciding cases.  Spitzer personally likes the Canadian system in which the chief justice for each province picks a judge to serve as chair and the speaker of the House of Commons appoints two other persons who can’t be members of provincial or federal legislatures. “In practice,” says Elections Canada, “many commission members, aside from the chairpersons, have been university professors or non-elected officials of legislative assemblies.”

In Washington state, the redistricting model isn’t nonpartisan; it’s bipartisan: Under a 1983 amendment to the state constitution, the leader of each of the two main parties in each house of the Legislature gets to pick one voting member of a redistricting commission; those four then select a non-voting chair; and it takes three of the four votes to approve a redistricting plan.  No voting member can be an elected official or can have been an official of a state party for the past two years.

The commission narrowly missed its deadline at the end of last year, which might have bumped the responsibility to the state supreme court, but the court (perhaps wisely) decided that the commission had come close enough and just ratified their districts.  The court has subsequently declined to hear cases in which the plaintiffs allege that the maps should be thrown out because the commission’s closed-door meetings broke the state’s open meetings law.

Then, in a footnote, the majority observed that the “dissent’s observation that the Framers viewed political parties ‘with deep suspicion, as fomenters of factionalism and symptoms of disease in the body politic’ is exactly right. Its inference from that fact is exactly wrong. The Framers would have been amazed at a constitutional theory that guarantees a certain degree of representation to political parties.”

Keep in mind the late political philosopher John Rawls’  theory of “justice as fairness.” What does it mean when the Supreme Court majority says electoral fairness is an unmeasurable and therefore unjusticiable standard?  Under Rawls’ theory, one can argue that if the Constitution doesn’t require fairness, then it doesn’t require justice. That’s a sobering thought.