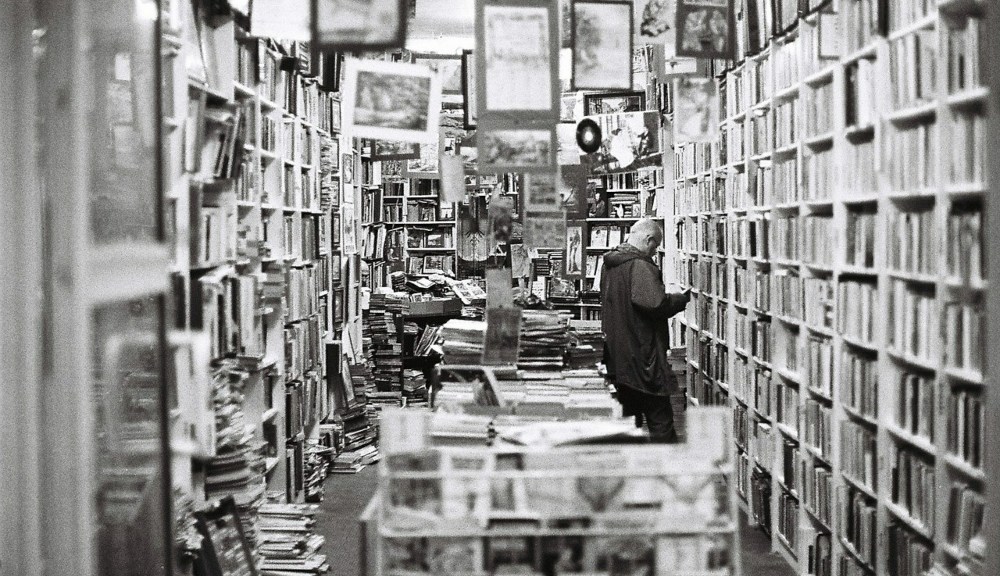 Did the Pandemic Help Save Independent Bookstores?

The overall number of bookstores across the country declined drastically over the past two decades, but the surviving ones are a tribute to how much we love to read – especially in bookish Seattle, officially a UNESCO City of Literature since 2017.

The resilience of independent bookstores seems nearly miraculous given the pile up of challenges they’ve confronted over the past two decades. When the pandemic struck, many of us feared it would be the final blow, that our favorite bookstores would never manage to reopen. But it looks like they have and that new shops are joining their ranks.

Remember the spread of big-box stores? They were supposed to be the death knell for indies. In the 1998 film You’ve Got Mail, Meg Ryan portrayed the owner of a beloved neighborhood independent bookstore, and Tom Hanks played the owner of the super-sized bookstore taking away her business. The film captured how Barnes & Noble and Borders and others the size of department stores were stomping out independent bookshops.

I remember when Barnes & Noble opened in the downtown building where I worked in Washington, D.C. with two floors of books. Chapters A Literary Bookstore, a well-curated independent shop where I had spent many a lunch hour browsing, was a short walk away. It did not survive. Most of us have stories like this of our favorite cozy bookshops unable to compete with the giants.

Then bookstores, including the big-box ones, were slammed by a double whammy. Part A: Jeff Bezos’s Amazon showed us how to easily find new books and get them shipped to our doorstep. No need to catch a bus downtown or walk in the rain to a Barnes & Noble or a corner bookshop. Part B: tablets and the digitization of books. Readers could download books from the comfort of their own living rooms.

Over the two decades ending in 2019, the U.S. Census reports that nearly half the U.S. brick-and-mortar bookstores closed, falling from 12,151 in 1998 to 6,045. This includes all kinds of bookstores from the cozy neighborhood ones to those specializing in science or art to the big box stores. In 2011, Borders filed for bankruptcy and began closing 226 stores.

These trends, added to rising rents, also hurt sellers of used books. In 2013, it was reported that at least eight used book stores had closed in Seattle during the previous year and a half — the Book Kennel, Renaissance Books, Inner Chapters, Capitol Hill Half Price Books, Bookworm Exchange, Once Sold Tales, Balderdash Books and Minta’s Spine and Crown.

The store shut its doors just before the COVID-19 pandemic forced almost everything downtown and elsewhere to shutter in March 2020. You had to wonder whether the pandemic would wipe out the remaining bookstores. How could they possibly survive?

Somewhat surprisingly, they have. The U.S. Census article says there are still more bookstores than other types of retail businesses like department stores and home centers.”Despite all the advances in digital technology, bookstores still fill our need for knowledge and the written word and harken back to simpler times when we were not so tethered to our electronic devices.”

That’s good news for our favorite independent bookstores, including new ones that have opened in Seattle and other cities right in the middle of the pandemic.

According to the American Booksellers Association, there were 2,209 active member locations in May of 2020. As of last May, that number had grown to 2,496 — including Seattle’s new Oh Hello Again shop on Capitol Hill which opened in December.

“I’ve gotten a lot of, ‘Why would you open during a pandemic? That’s brave,’ ” owner Kari Ferguson told Publishers Weekly, noting that rent prices had dropped when other stores closed. “The community has been so supportive. I think people are enthralled with the novelty of a business opening rather than shutting down during Covid.”

For many of us, our forced downtime at home also heightened our need for books. We needed to escape to different times and immerse ourselves in the written word and the places it takes us. We needed to meet new people and spend time with them – even if they were just characters in a book.

And we believed in our bookstores and wanted them to survive. We ordered books for pick up. We gave gift cards. We used bookshop.org, a mail-order site that supports independent bookshops. When using the site, you can designate your preferred bookshop to receive a percentage of your purchase. In describing its mission, the site says: “We hope that Bookshop can help strengthen the fragile ecosystem and margins around bookselling and keep local bookstores an integral part of our culture and communities.”

Close to two dozen stores in the Seattle area have signed up with the Bookshop site.

Whether using Bookshop or ordering online directly from bookstores, these online sales soared during the pandemic. According to The American Booksellers Association “Based on 2021 sales data from 570 IndieCommerce and IndieLite websites, these independent bookstores averaged a 387% increase in their online sales revenue when compared to pre-COVID sales in 2019.”

The joy of curling up with print books not only sustained us over the past two years of pandemic ups and downs, it also helped sustain booksellers. Publishers Weekly noted that sales of print books rose 8.2% in 2020 over 2019 at outlets that report to NPD BookScan, which tracks the publishing market. The good news continued in 2021 with Publishers Weekly reporting that NPD Bookscan found sales of print books rose 8.9% over the year before — 825.7 million last year, up from 757.9 million in 2020.

Countries like France also experienced a surge, with its booksellers reporting a 20 percent increase in sales in 2021.

Amid these upbeat reports, there are other less encouraging ones. Chapters in Dublin, Ireland’s largest independent bookstore, is closing. It has no connection to the former Chapters in D.C. (or to the huge Canadian chain with that name) and its reasons for closing may differ, but it’s hard not to mourn these losses. It reminds us as booklovers to do our part to keep our corner bookstores alive and help them survive — as they’ve helped us.

Linda Kramer Jenning
Linda Kramer Jenning is an independent journalist who moved to Bainbridge Island after several decades reporting from Washington, D.C. She taught journalism at Georgetown University and is former Washington editor of Glamour.
Previous article
Avatar: Richard Hugo’s Murky Murder Mystery about the Detective who Wanted to be a Poet
Next article
Jay Inslee’s Intriguing Side Trip to Chicago: Still a Presidential Itch?