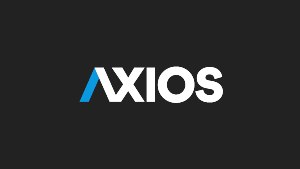 Seattle to get a New Website, Axios Local. Plus an Idaho Find

Axios.com, the influential national news website, is now expanding to many localities, usually with a small, locally-based staff of reporters. Two nearby examples are Axios Twin Cities and Axios Denver, both featuring news stories written in newsletter style and soft lifestyle articles. By third quarter of next year, a Seattle site will join the Axios Local network, according to Adweek, which reports that there will be 11 new local Axios sites in 2022.

Axios was founded in 2016 and built around a must-read political insider, Mike Allen, who is still the star writer for the site. Its articles, easily translated to social media, are normally short (300 words), scoopy, easy to scan, tech-attentive, and aimed at impatient readers. Politically, Axios is neutral and centrist, with a slight leftward tilt. It is well funded by name investors, supported by mostly corporate advertising, and busy generating specialized newsletters, telecasts, and now city Axioses. The eye-popping billion-dollar sale price when the German media giant, Axel Springer, bought Politico made many wonder if Axios might also be fattening up for a sale.

Speaking of local new media sites, here’s one in Idaho, now branching into Oregon and Washington. It’s called Ridenbaugh Press, founded by Randy Stipilus, an experienced Idaho journalist now overseeing the expansion into Oregon. Ridenbaugh is an old Idaho name. The news site was founded in 1992 and draws on displaced journalists who write discursively on mostly political topics. Ridenbaugh Press is a book-publishing company now based in the Oregon wine country town of Carlton.