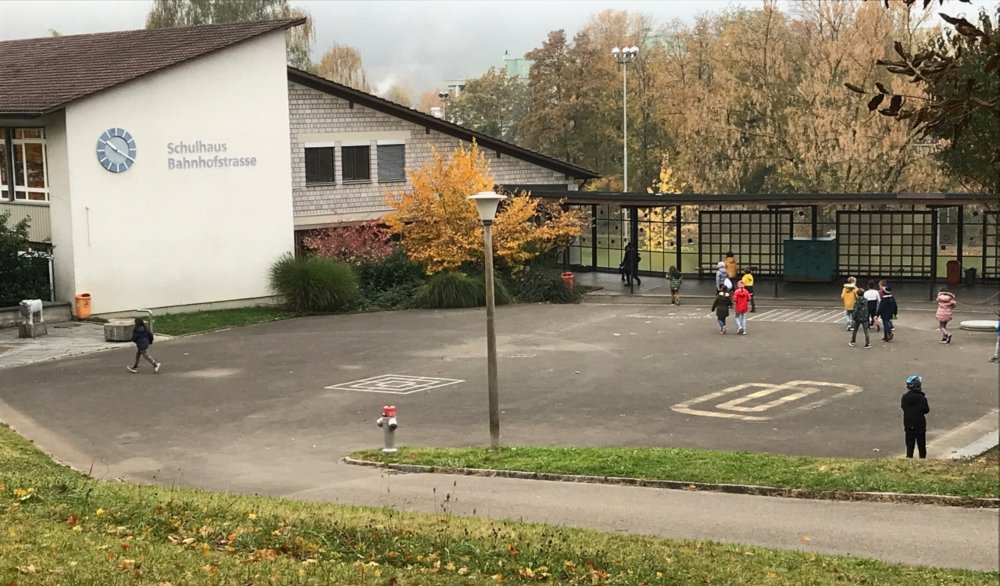 What You Pay For: Lessons from Swiss Schools

Less is more, when it comes to Swiss elementary schools.

Our son and daughter-in-law moved to Switzerland in the summer of 2019. Our grandchildren, now 6 and 8, a first and third grader, are well into their third year of Swiss elementary school. (The COVID shutdown in spring 2020 was just two months.)

The differences from Seattle are dramatic. In first grade, Swiss kids are in school about seven fewer hours per week than kids in Seattle and Washington state. It’s about five fewer hours for third graders.

Both grandkids are learning to read High German (the written language in the northern Swiss cantons and the language of instruction in their classes) in a phonics-based system. Spoken Swiss German, similar but different and the day-to-day language in the Germanic cantons, was the first thing the kids had to learn, the language of their new neighbors and friends on the playground at recess. The letter sounds are similar, if not identical. At home they speak and read English, so they’re roughly trilingual – and, in their grandpa’s estimation, ahead of what would be “grade level” back in Seattle.

Third graders like our grandson are beginning mandatory second language instruction (English) which parts of Switzerland switched to from French 15 years ago. He and one other boy with an international background are given special activities while their classmates begin English. As the class progresses, later in the year, they’ll be reintegrated into the group.

So much for academics. It’s more the sum of a lot of things in the community and in school -– the shorter hours are only part -– that create schooling entirely different from Seattle.

In the morning here, you wake up to the sound of people walking through the neighborhood to catch the nearby train to work, not the noisy stream of cars on the arterial near our Seattle condo. Then, shortly, it’s the sounds of children, singly or in groups, walking to school. In this tightly packed town of 10,000 (single-family housing is by far the exception) at the edge of Zurich (Switzerland’s largest city at 430,000, metro area about 1.4 million), there are slightly more than 1,000 K-8 kids. Nearly all of them, like my grandchildren, walk to school -– by themselves, even the four-year-olds! Parental drive and drop-off is actively discouraged, and most walk home for lunch.

My son has remarked, not entirely joking, that if they let their kids walk alone to their former Seattle school, it wouldn’t be long before someone called Child Protective Services to report them.

The environment here in Urdorf, though urban, is small town. (Switzerland is a jigsaw puzzle of small towns.) This enables a locally administered K-8 system in a loose cluster – not really a campus – of a half dozen buildings varying in size and similar to the apartments (anywhere from four to 20 or 30 units) around them. It’s neighborhood schooling writ small, though most high schools come under control of cantons. If it weren’t for a couple of playing fields, you might not notice the school buildings at all.

In Seattle, some K-5 schools have more than 500 kids, many over 400. But some educators consider small schools better. At one time, the Gates Foundation spent years promoting small schools, most of which are long gone. Clearly, the Swiss have an advantage. In the U.S., we enlarged school districts in the name of efficiency, and American cities must deal with historic racism in ways Switzerland does not. For comparison, Urdorf in size and median income is not dissimilar from many north Seattle neighborhoods.

But at heart the Swiss program is very different. School for first graders is roughly 8 a.m. to noon which includes a 25-minute snack-time/recess. Then it’s walk home for lunch and back to school just two afternoons a week for classes between 1:45 and 3:20. (Yes, the break is an hour and 45 minutes, time for the walk home, an unhurried lunch, and the walk back to school.) It’s the same for third graders but with classes three afternoons a week. Everybody at all levels takes Wednesday afternoon off. At third grade, the three-afternoon schedule allows the school to split the classes into two groups of 10, one group attending afternoon school Thursday, the other Friday. Overall, class sizes are kept close to 20.

Each week, the time at school includes two physical-education periods and one hour of swimming for the first graders, one P.E. and one hour of swimming for the third graders, which becomes an hour of ice skating in the winter. There’s a music period every week. In addition, classes walk to the nearby woods -– the border between Swiss towns and farmland and forest is sharp -– for lunch and other activities at least once a month, more often in the lower grades, providing a broader experience of their world.

In sum, fewer classroom hours, longer breaks, and the variety of activities mean there’s simply less intensity to the school day than in Seattle. Nor apparently do kids learn less. (I speak as a former school board member.) In a calmer world they may even learn more.

But there’s one big downside to the Swiss school day, one that’s shared with the U.S. The impact on families’ work schedules and opportunities is profound, and particularly burdensome for single parents. How can parents work and be at home in the middle of the day to provide a quiet lunch for their children? Flexible hours and part-time work help, often alongside other coping mechanisms: “I’ll take your two on Monday and Tuesday if you take mine the rest of the week.” Grandparents are another solution, available more in Switzerland than the U.S. since Swiss families move less. And, of course, lunch and childcare programs are also available, though at significant cost. Midday care and lunch runs about $17.50 per day and after-school care would add another $27.50.

In Canton Zurich, children start two years of half-day kindergarten when they’re four. All-day care for their younger siblings would be around $90 per day.

Not surprisingly, the people who make Swiss schools work are paid well, after 10 yeas topping $100,000 annually, somewhat higher than average salaries throughout the well-paid Swiss workforce, higher in Zurich than elsewhere. Top teacher pay reaches about $150,000.

Taxes play a role in the result, too. Urdorf residents pay relatively high taxes compared with other areas. The swimming pools -– one indoor, one outdoor -– ice rink, and now a new artificial-turf soccer field (funded by initiative vote) are local town investments, for example.

The takeaway here? You get what you pay for.

Dick Lilly
Dick Lilly is a former Seattle Times reporter who covered local government from the neighborhoods to City Hall and Seattle Public Schools. He later served as a public information officer and planner for Seattle Public Utilities, with a stint in the mayor’s office as press secretary for Mayor Paul Schell. He has written on politics for Crosscut.com and the Seattle Times as well as Post Alley.
Previous article
Old News: Robert Hitchman, Armchair Historian
Next article
Open Letter to Mayor-Elect Harrell: A Roadmap