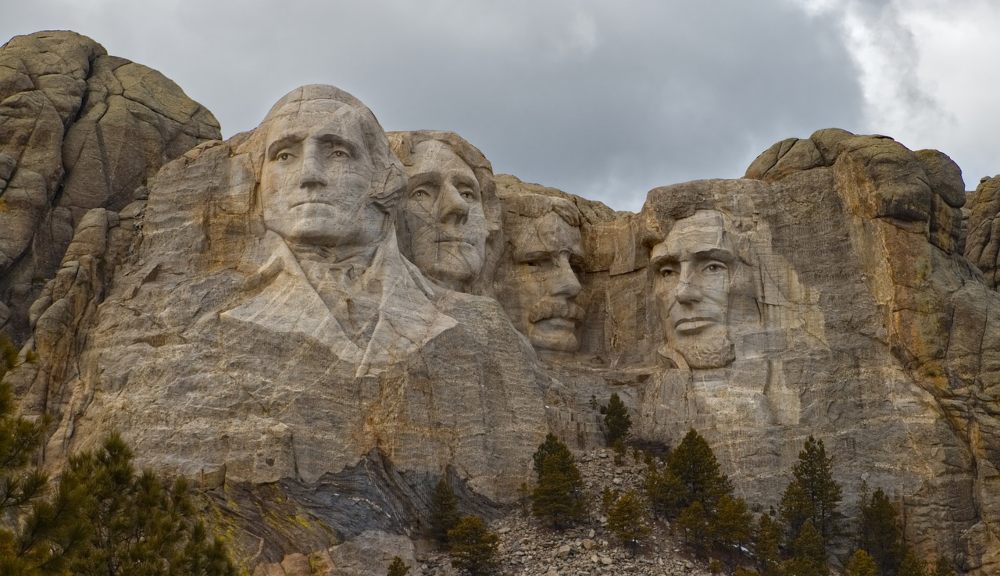 Conservative pundit Jonah Goldberg recently revived the debate over the need for a new, conservative political party, arguing in The Dispatch (the conservative but Trump-skeptical online publication he co-founded) that forming a new party is a better alternative for Never Trump conservatives than voting for Democrats. Aroused, the anti-anti-Trumpers at National Review fired off three quick responses in opposition, while David French (The Dispatch’s senior editor) weighed in in support.

Goldberg’s argument and the responses he provoked fail to reflect what is happening on the ground in real-time. The reality is that the center-right has already created a political movement, which very well may evolve into a third party.

Goldberg refers to a New York Times op-ed by Miles Taylor (the former chief of staff in the Department of Homeland Security during the Trump administration) and Christine Todd Whitman (the former Republican governor of New Jersey). In that op-ed, the authors argue that to defend democracy, anti-Trump Republicans need to vote for Democrats in 2022.  Goldberg argues that a better option is the creation of “a third party with a simple, Reaganite conservative platform combined with a serious plank to defend the soundness of elections.”

Goldberg fails to place this seemingly simple choice – alliance with Democrats or a new party – in the broader context of what is actually happening.  Taylor and Whitman were not writing for themselves, but as leaders of the Renew America Movement (RAM). RAM is the political organization launched by hundreds of current and former Republican leaders, including myself. Taylor and Whitman made it clear that RAM will be supporting candidates of both parties:

[W]e will endorse and support bipartisan-oriented moderate Democrats in difficult races… and we will defend a small nucleus of courageous Republicans, such as Liz Cheney, Adam Kinzinger, Peter Meijer and others who are unafraid to speak the truth.

Taylor and Whitman also indicated that RAM would support independent candidates who will not run as spoilers for the Democrats. Rather, RAM will take local circumstances into account in those cases where Democrats can be convinced that an independent is the most viable option to beat a Trump Republican. They cite Utah as an example, where Senator Mike Lee (a Republican who supported Trump’s refusal to concede defeat in the presidential election) almost certainly cannot be defeated by a Democratic challenger. But an independent might succeed – which is why former Republican Evan McMullin, a member of RAM, announced recently that he was entering the Utah race.

In the short term — the 2022 and 2024 elections — RAM’s efforts will  focus not just on supporting Democrats  but on an “all-of-the-above” electoral strategy to help prevent Trump and his supporters from regaining power and destroying our democracy. But as Taylor and Whitman made clear in their editorial, the option of forming a third party remains on the table in the long term:

Starting a new center-right party may prove to be the last resort if Trump-backed candidates continue to win Republican primaries. We and our allies have debated the option of starting a new party for months and will continue to explore its viability in the long run.

Is this movement (and potential new party) the “conservative, Reaganite” alternative Goldberg is looking for? We have chosen to use the term “center-right,” but the meaning of labels is in the eye of the beholder.  We are all current or former Republicans, and RAM’s first action was to adopt a set of guiding principles, “A Call for American Renewal,” that includes this arguably Reaganite statement on economic opportunity:

We recognize open, market-based economies as consistent with our natural liberty and the optimal means of ensuring economic mobility and the allocation of scarce resources. We support sensible and limited regulation, including to ensure equal opportunity, and affirm government’s vital role in assisting vulnerable citizens, while encouraging self-reliance without the impediments of cronyism and corruption.

The point is, we have moved beyond debating what should be done about Trump and his takeover of the GOP. We have moved on to doing the hard work of winning elections. We raise money, endorse candidates, gather allies, hire political professionals, and build a grassroots base.

Today, almost five and a half years after the hashtag #NeverTrump began trending on Twitter, the center-right movement is composed of hundreds of prominent current and former Republican leaders, hundreds of thousands of donors large and small, and millions of social media followers. It includes intellectual leaders, media pundits, think tanks, political operatives, and a robust fundraising, organizational, and political infrastructure.  The ground is being laid for this movement to evolve into a party if events take us there.

The Republican Party has not exactly split – yet – but chunks of it are breaking off. This new center-right movement is a reality. But where does it go from here? And how long before it is capable of winning elections? This new movement is still far from reaching full development. But it was a factor in the 2020 election, and it is gearing up to make a difference in 2022. I think America needs this movement to be successful. Our democracy is still under threat, and we are likely to face a massive constitutional crisis in the next two elections. We can’t avoid this fight, and to win it we need to build a broad, pro-democracy coalition that includes those of us who used to be loyal Republicans. The good news is that it’s happening.

Note: This post represents the author’s opinion and does not reflect the positioning of the Niskanen Center, where this article first appeared.

Chris Vance
Former Washington State Republican lawmaker and State Party Chairman. Republican nominee for the US Senate in 2016. Now an independent.
Previous article
Enough with Guys in Wigs! How I was Drawn to A More Nuanced Version of History
Next article
America’s Guidebooks: The Way We Were