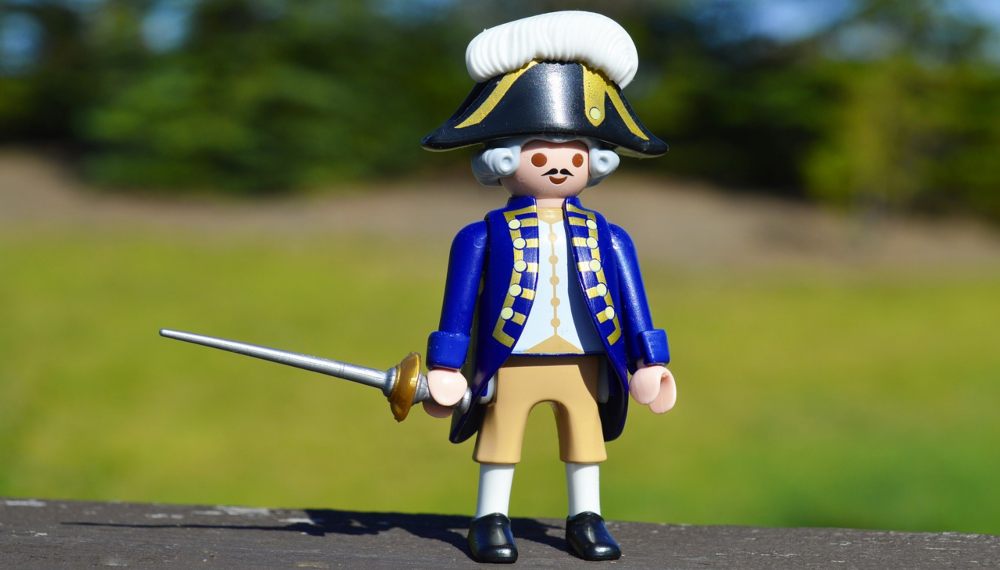 Enough with Guys in Wigs! How I was Drawn to A More Nuanced Version of History

Do you ever wonder about decisions you made in the course of life and why you made them? In college I decided, after a brief dalliance with biology, to major in history. Specifically, Modern European History. And then, in graduate school, European Cultural and Intellectual History.

I’ve always wondered what drew me to European History, as opposed to American History. Part of it may have been a certain pseudo-sophistication I wished to effect. But I got a better answer listening to a recent Ezra Klein podcast with the historian Woody Holton, whose field is the American Revolution. (As Klein is on paternity leave, this episode was hosted by his NYT colleague, Jamelle Bouie.)

Holton takes a broader view of the causes of the American Revolution than the version I got in school. He includes the role of Native Americans, slaves, and poor whites. That is to say, he is less focused on the wealthy, white men, e.g. Washington, Jefferson, Adams, Franklin.

So, for example, Holton argues that the imposition of the Stamp Act by the British Parliament, which led to the revolutionary battle cry, “No Taxation Without Representation,” had everything to do with wealthy whites speculating on and expropriating Indian land. This predictably provoked continual and costly conflict on the western border of the colonies for which the Brits were paying the bills. Hence, a new tax.

Back, then, to my modest epiphany regarding my collegial course of study. I grew up in the Washington, D. C. suburb of Arlington, Virginia. As such, I got a heavy dose of U.S. and colonial Virginia History, though of a certain type. It was all about those wealthy white “heroes.” We were forever being bussed off, or so it seemed, to Mt. Vernon (home of George Washington), Monticello (home of Jefferson), or their memorials in Washington, D.C. as well as similar shines, plus the U.S. Capitol, Library of Congress, Smithsonian Museum. There was a lot that was good about this and for a while I ate it up. But by the time I got to college I was more or less sick of it. U.S. History? Gag reflex.

But what I realized listening to the interview with Woody Holton was that the U.S. History I was sick of was a very selective, simplified, and highly prejudiced reading of it. It was really only about one set of actors — wealthy, white men — and what terrific heroes they all were. And to be sure, many of them did some very heroic things. But they also did some very unheroic, even evil, things. Most of the founding fathers, for example, were big-time land speculators/expropriators, thus provoking the conflicts that were draining the royal bursary.

Beyond that, there were other important actors in the story. And everyone had motivations that were a lot more complex than the hagiography we were treated to in that era.

So besides the pseudo-sophisticate bit, I would like to think I found European History, and European Cultural and Intellectual History in particular, of greater interest because it wasn’t the exercise in myth-making that I had found U.S. History to be. I was unaware of this at any conscious or critical level as a high school student. I was just sick of the same old heroes. European History seemed deeper, more complex, irony- and paradox-laden, and a shifting ground of good and evil. There was Marx, Nietzsche, and Freud, and all sorts of strange and wonderful writers and artists, that the rubric “Cultural and Intellectual History” allowed one to while away your time with.

Listening to the pod with historian Holton caused a light bulb to go off, a modest personal epiphany to occur. Ah, that’s why I was drawn to European History! No more history limited to one set of actors. No more hero stories, about the same guys in wigs.

In the larger scheme of things, we are in the midst of a pretty thorough re-examination and re-telling of our national story. One which makes the less, even the heretofore-invisible actors, visible. One which sees motivations as more complex than simply great ideas and noble ideals. High time! Overdue, way overdue! To be fair, this reappraisal is not new. It has been going on for sometime among historians.

Holton’s argument reminded me a good deal of what Ta’nahisi Coates said in an interview, which I cited in an earlier blog (“A New National Story”). We’ve got to get over the “good guys” and “bad guys” frame on history and life, and over the simple moralism of America as uniquely virtuous. No one is good, or bad, all the time and in every action. This squares, to me, with Christian theology, which says we are all flawed. “All have fallen short of the glory of God,” as Paul puts it in Romans 3. Not some, “all.”

Yes, we humans sometimes do incredibly wonderful things — good, even heroic things. But we remain a mixed bag, capable of being highly self-interested, and as the prophet Jeremiah (17; 9) reminded us, with a great capacity for self-deception. Our selective and myth-making national history has often been an exercise in self-deception. Time to grow up.

Anthony B. Robinsonhttps://www.anthonybrobinson.com/
Tony is a writer, teacher, speaker and ordained minister (United Church of Christ). He served as Senior Minister of Seattle’s Plymouth Congregational Church for fourteen years. His newest book is Useful Wisdom: Letters to Young (and not so young) Ministers. He divides his time between Seattle and a cabin in Wallowa County of northeastern Oregon. If you’d like to know more or receive his regular blogs in your email, go to his site listed above to sign-up.
Previous article
Could Nick Kristof Be Oregon’s Next Governor?
Next article
A New Center-Right Party Shimmers into Position