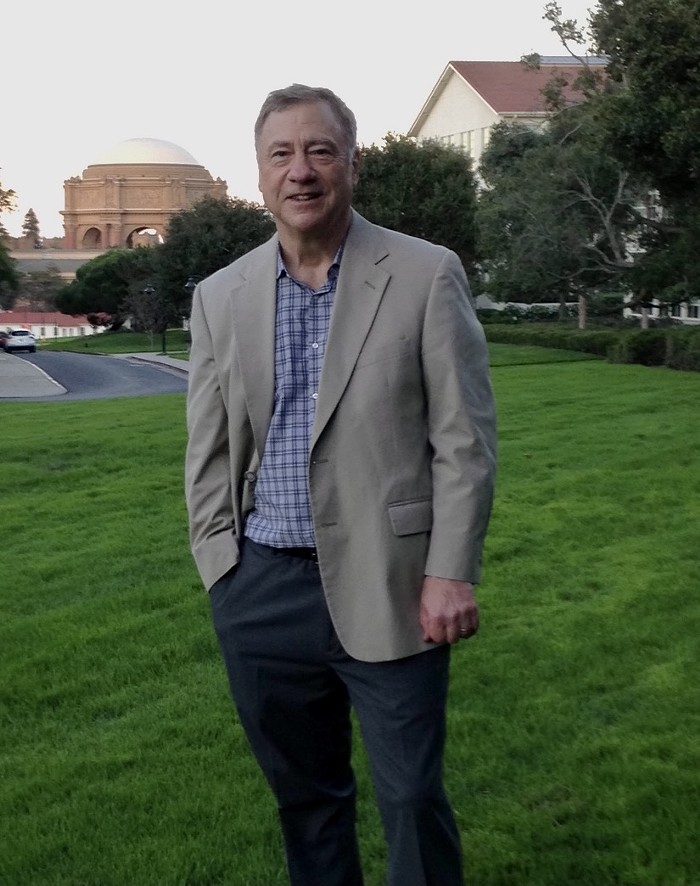 Last week, Seattle laid to rest a true renaissance man, and one of the best local politicians we managed never to quite elect. Dick Kelley died too young at 71, of a sudden, unexpected cardiac arrest. He left behind a grieving band of Democrats, fellow liberals, and dear friends. But he also left amazing footprints in the political sands.

Difficult to tally all Dick Kelley’s “bests” and “firsts,” beginning with his meteoric academic accomplishments: Seattle Prep grad at 16, a Harvard degree at 19, and University of Washington doctorate achieved in just three years. During his school years he chalked up a perfect SAT score and highest GRE seen at the UW’s political science department.

Tales of Kelley’s political achievements leave the reader dizzy. He started politics during his Harvard years, running for president of the National Young Democrats against an older kid from New York. (The New York kid, Chuck Schumer, won.) Kelley participated in Harvard’s antiwar demonstrations in the ‘60s supporting Robert Kennedy, Eugene McCarthy, and Cesar Chavez.  Later, when he discovered the CIA funding of the Young Democrats, he quit in disgust.

Kelley returned to his home state in 1969 to work as deputy auditor for Don Bonker in Clark County. In 1975, he campaigned for the King County Council, losing by a handful of votes. The following year, age 26, he was running Morris Udall’s presidential campaign in Washington.

As a delegate to the 1976 Democratic Convention in New York City, Kelley nominated Karen Marchioro as vice chair of the Washington delegation. According to his friend Max Vekich, Kelley’s successful move, a compromise between warring party factions, led to creation of legislative districts that, in Vekich’s reckoning, “turned Washington blue.”

During the hard-fought 1977 Royer campaign, Kelley met his future wife, Theresa Doyle, then a 21-year-old reporter at the Seattle Sun, a newspaper started by Kelley’s buddies, including Nick Licata. Doyle likes to tell the story of how Kelley, as Royer’s campaign manager, had to quit writing for the Sun. Doyle jokes, “He lost his $15 weekly paycheck.” It was a loss Dick didn’t regret in 1980 when the two married. Doyle had agonized over marrying, but her mother Katie had concluded, “a good sense of humor covers a lot of sins.”

After getting his doctorate in 1983, Kelley taught political science at the University of Washington and then moved with Theresa to St. Mary’s College in Morago, California. Returning to Seattle in 1986, Kelley launched Critical Ventures, a development firm that built low-income housing units in Belltown, many of which are  in service today.

Kelley’s developer days were interwoven with political campaigns and important positions like chairing the Pollution Control and Shorelines Board in the 1990s. It was Marchioro again in 1992 who insisted that Kelley file at the last minute for Lieutenant Governor. He lost that race, partly due to his refusing contributions from lobbyists. But, even in losing, he managed an unusual coup.

Appearing before the very conservative Tri-City Herald editorial board in Kennewick, he walked into the room and said, “Hi, I’m Daniel. You must be the lions.” All the white male suits laughed and, against all odds, gave Kelley their endorsement. Humor won; Kelley didn’t.

In 2006, Kelley ran again — this time for a 43rd District House seat. His platform included expanding LGBTQ rights, combating climate change, and limiting campaign contributions. He refused any contribution over $100 and, once again, lost an election. Some today believe Kelley was the state’s best never-elected office holder.

One thing not to be forgotten was Kelley’s fierce backing and helping his wife get through law school. Doyle says, “I became convinced that I wasn’t smart enough to be a lawyer. Dick said, ‘Of course, you’re smart enough. You just need to study.’ Study I did, convinced otherwise I’d flunk out. Instead, I made the law review.” Next was appellate public defender and a judgeship. Doyle retired this year after serving in Seattle municipal and King County superior courts. In his retirement, Kelley lent support to Doyle’s continued work on criminal and racial justice reform.

Kelley’s retirement allowed him time to write four Seattle mystery novels, including his first published book, A Name to Die For. He had time to travel (including three recent weeks with Theresa in Italy), watch the Mariners every night, and read Irish poetry.

Doyle reports that Kelley was very proud of his Irish heritage, although his brother Bob (one of  seven Kelley siblings) took a DNA test and said the figure was only 22 percent. Still Dick insisted “he’d gotten all the Irish genes, his sibs the rest.” This bit of blarney is known as one of the most famous of “Dickie’s facts.”

Jean Godden
Jean Godden wrote columns first for the Seattle Post-Intelligencer and late for the Seattle Times. In 2002, she quit to run for City Council where she served for 12 years. Since then she published a book of city stories titled “Citizen Jean.” She is now co-host of The Bridge aired on community station KMGP at 101.1 FM. You can email tips and comments to Jean at jgodden@blarg.net.
Previous article
Why Two “Impeachment” Washington House Republicans are Going Their Separate Ways
Next article
Downtown Seattle: a Tale of Two Cities