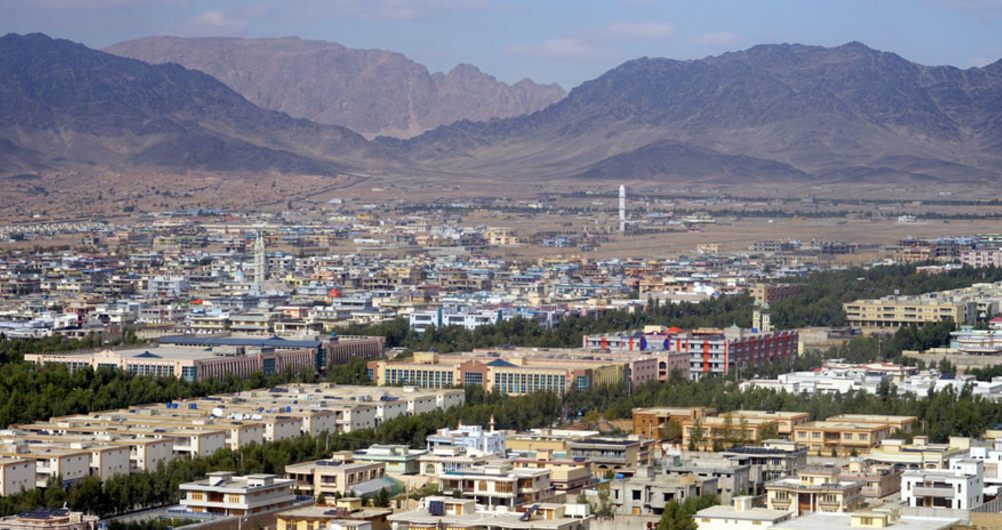 Getting Aid to Afghanistan — A Taliban Stalemate

In the two months since Taliban extremists drove out Afghanistan’s elected government, world powers have failed to make good on promises to get humanitarian aid to millions of Afghans threatened with economic collapse and starvation.

The United States, the European Union, global health organizations and financial institutions have been sounding the alarm that catastrophe looms for a population that depended on foreign support for 75% of government spending. That financing abruptly ended when U.S. troops and Western allies pulled out of the country and foreign governments broke diplomatic relations with the new regime in Kabul.

Leaders of the Group of 20 wealthy nations met this week in emergency session and pledged $1.5 billion in aid to Afghans, only 5% of whom have enough to eat, according to the World Food Program.

But the international community’s generosity is stymied by the need for Taliban assistance and cooperation in getting it to the desperate regions of a country where banks are closed, the food supply has been ravaged by drought and the healthcare network is on the brink of collapse.

Taliban leaders in Kabul want international recognition of their claim to be the legitimate government of Afghanistan. They also want access to $10 billion in reserves frozen in a New York account by the U.S. Treasury since their seizure of power in mid-August. No country has recognized the militants as legitimate rulers, nor has the Taliban made good on guarantees given last year at peace talks with the Trump administration in Doha, Qatar.

Italian Prime Minister Mario Draghi, the former European Central Bank chief who chaired the G20 virtual fundraiser on Tuesday, lamented the Taliban’s failure to act on promises to seat a government that includes other ethnic and political figures and to ensure the rights of women and girls to education and a place in the economic life of the country. The interim government announced last month is made up solely of Taliban fighters, including some labeled terrorists and under international sanction.

Draghi sought to distinguish between engaging with the Taliban and empowering them with recognition.

“It is very hard to see how you can help people in Afghanistan without involving the Taliban . . . but that does not mean recognizing them,” he insisted.

Neither has the Taliban shown willingness, or perhaps the ability, to prevent Afghanistan from again becoming a haven for terrorist groups bent on attacking the United States. ISIS-K, the Sunni Muslim militants of Afghanistan’s Islamic State affiliate, have attacked Shiite worshippers at Friday prayers two weeks in a row. Suicide bombers attempting to discredit Taliban claims to be restoring security killed at least 33 and wounded scores at a mosque in Kandahar on Friday, a week after bombing a Shiite mosque in Kunduz Province, where the death toll has risen to nearly 80. ISIS-K claimed responsibility for the Aug. 26 suicide bombings at Kabul airport amid the chaotic evacuation of U.S. troops, diplomats and Afghan Special Immigrant Visa holders that killed 13 American soldiers and 169 Afghans.

President Joe Biden took part in the G20 fundraiser and, according to Draghi, boosted the U.S. commitment to $300 million, up from $64 million offered at a September U.N. donors’ conference. Neither Russian President Vladimir Putin nor Chinese President Xi Jinping took part in the urgent gathering to get relief to endangered Afghans.

“The United States remains committed to working closely with the international community and using diplomatic, humanitarian, and economic means to address the situation in Afghanistan and support the Afghan people,” the White House said in a statement. Its summary of the session emphasized that the leaders discussed the “critical need to maintain a laser-focus on our enduring counterterrorism efforts” and ensuring safe passage for those trying to leave the country.

That effort to continue evacuation of foreign nationals and tens of thousands of endangered Afghans suffered a setback Thursday when Pakistan International Airlines announced it was suspending flights from Kabul to Islamabad due to “heavy-handed” interference by the Taliban. PIA, the only international carrier with regular flights between the capitals, quit the route after being ordered by the Taliban to cut ticket prices to the amount charged “before the victory of the Islamic Emirate.” With demand far outpacing available seats on departing aircraft, the cost of the 300-mile Kabul-Islamabad trip has soared from a pre-Taliban rate of $120-$150 to as much as $2,500.

While no country has recognized the Taliban as a legitimate government, Qatar and Pakistan have encouraged foreign powers to “engage” with the militants to give them incentive to abandon the brutality and discrimination that marked their years in power in the 1990s.

“What we are saying to the Taliban, which is the caretaker government, the de facto authorities in Kabul, (is that) discrimination and exclusion… this is not a good policy,” Mutlaq bin Majed al-Qahtani, Qatar’s special envoy on counterterrorism and mediation, said in a speech Tuesday at the Global Security Forum in Doha. “As a de facto authority, you have certain responsibility, obligations to discharge.”

The tiny Gulf state of Qatar wields outsized authority with the Taliban following its role as the venue of U.S.-Taliban peace talks last year that led to then-President Donald Trump declaring a full U.S. military withdrawal from Afghanistan by May of this year.

The Biden administration retained the U.S. commitment to end a war that cost 2,500 U.S. military lives and cost U.S. taxpayers more than $2 trillion. Qatar played a key role in the evacuation of more than 130,000 people from Kabul in the chaotic last days of the withdrawal, providing a way station for Afghan refugees and an “over the horizon” diplomatic venue for the United States after closure of the U.S. Embassy in Kabul.

U.S. and Taliban envoys met in Doha last weekend for their first direct talks since the withdrawal. They reportedly agreed the de facto Afghan leadership would facilitate the distribution of food, medical and financial aid to the country. It remains unclear how the foreign donors can deliver the pledged $1.5 billion with confidence it will reach those most in need.

European Commission President Ursula von der Leyen said during the G20 deliberations that Europe must be careful not to legitimize the Taliban government with recognition until they live up to the international community’s demands for inclusive government, equal rights for women and minorities and respect for the rule of law. Three weeks ago, Taliban forces in the western city of Herat hung the corpses of four summarily executed alleged kidnappers in a central square, reprising a common practice during their reign of terror before the U.S. invasion after 9/11 drove them from power.

“But the Afghan people should not pay the price of the Taliban’s actions,” von der Leyen said, urging the rich-nation allies to facilitate the aid transfer to avert economic collapse before the Taliban can demonstrate progress toward those reform benchmarks.

The diplomatic scramble to rescue the Afghan people from total economic collapse and widespread hunger rests on a theory that Western democracies can compel a more moderate Taliban rule through the provision of aid and measured collaboration with the regime when necessary.

How that strategy can succeed remains uncertain in a government of extremists with a harrowing track record of brutality, widely feared at home and mistrusted abroad.

Carol J Williams
Carol J. Williams is a retired foreign correspondent with 30 years' reporting abroad for the Los Angeles Times and Associated Press. She has reported from more than 80 countries, with a focus on USSR/Russia and Eastern Europe.
Previous article
Brewster & Connelly: Looking in on Gonzalez and Harrell
Next article
Why It’s Time for Higher Ed to get rid of Tenure