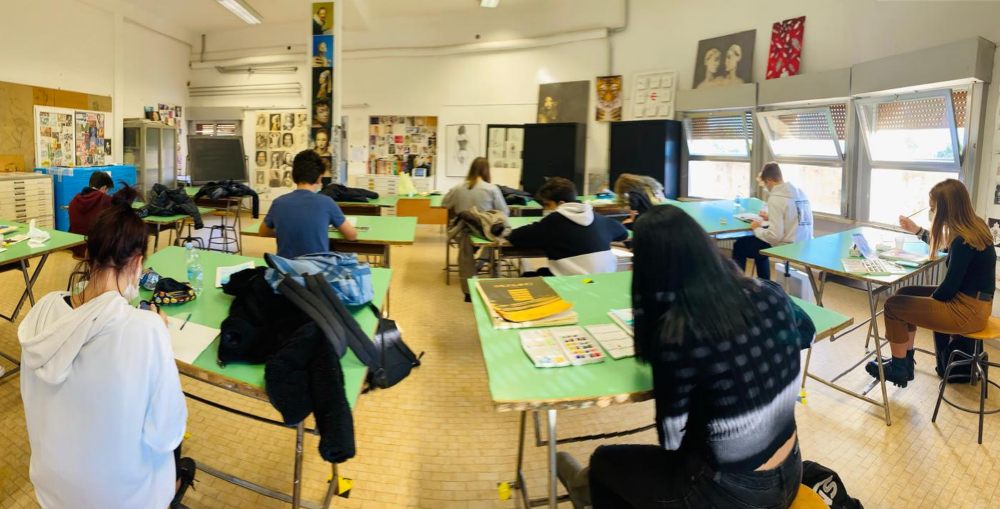 I have few fond memories of my years in high school. I grew up in the midwestern U.S. in two different states during that period of my life. My recollections mainly involve bullying and a cruel caste system – neither discouraged by the administrators or teachers in the school. Indeed, they seemed to foster it. Perhaps unwittingly, but that they did.

High schoolers fell into three social categories. The team jocks and their groupies were essentially the top caste. All those boys, and at the time, cheerleaders, and obsequious hangers-on considered  belonging to competitive sports teams to be akin to adolescent royalty. They ruled the roost, so to speak, and were constantly rewarded with praise at school assemblies, dances, ceremonies, posters, and student newspapers. The letter jacket was the regal cape, denoting status and power.

The second group were the toughs. Essentially current or future delinquents-in-training who hung out behind McDonalds or the Rexall Drugs store across the street from the school. The first group essentially ignored this one and let them harass the third.

The third group made up the remainder of the student body – kids from ordinary families trying to make it through daily homework, theme paper assignments, pop quizzes, and lunch – without hopefully being mocked as outcasts by the first group or becoming victims of the second. This group formed subgroups for self-protection like study groups or science and math clubs. Woe be to the student who dared walk alone to class or find themselves outside the grounds and, therefore, fair game.

It was truly awful.

I am convinced the school administrators were fully aware of this; one could simply look down the hall or out the window and see the evidence. Now, of course, action has been taken in some quarters to diminish bullying between children and the life-long consequences that can result. However, the continuing glorification of competitive sports seems to be unabated. The caste system and its cruel social hierarchy is still strongly present in the American school system – encouraged by teachers, parents and the public who treat these youths like exalted heroes.

I offer this perhaps overly cynical retrospective as a lead-in to my having recently witnessed an alternative to the American secondary school system.

The secondary school system in Italy, not unlike some other European countries, offers options to students when they are about to enter high school. Eventually attending a university and making a plan to do so is one option. But there is another, equally good one. That is to enter a high school that specializes in specific talents and skills. There are a several types. They include technical, pre-professional, and cultural tracks.

Recently I visited one of the artistic schools, Liceo Preziotti-Licini, in Fermo. I was given an extensive tour by a professor, Elisabetta Achille and the headmistress Annamaria Bernardini. Both women took me through classrooms and studios where teaching, learning, and creating were on display. I observed and spoke with many students who were intensely focused on their projects. It was impressive. I gave a lecture on urban design to a group of students and faculty and was quite taken with the sophistication of their questions – asked in English.

As a culture, Italy is interested in continuing to nurture traditional arts such as painting, sculpture, music, and graphic design. Students at the school were seriously engaged in learning both classic forms of art, as well as cutting edge. One studio was filled with sculptures very much like those found in ancient churches and public buildings.

A few doors away, students were working with the latest programs in digital software to produce stunning illustrations. In another studio, students were busy designing and making costumes to be used in live theatrical productions.  I was taken with how enthusiastic and focused the students were. They were clearly in their element, surrounded by peers who were supportive. Being teenagers, they chattered away animatedly as they worked on their various projects.

The halls of the schools were filled with glass cases and shelves displaying the past works of students. It resembled an art museum, albeit one with a massive array of styles, materials, subjects, and meanings. Here, youth were being rewarded for their interests in the fine arts, rather than sidelined. Many will go on to be apprentices in professional studios and artisanal workshops.

One of the twenty-something friends in our village, Giulietta, attended this school. She and her fiancée, Diego, are well on their way to becoming accomplished and widely-known professional musicians, playing in many venues and recording albums.  To be sure, Italians in general, and Italian youth in particular, enjoy sports like soccer. But this is not the main focus of social life while in school. And participation in sports teams does not convey any special status.

What is so heartening about a high school of this nature is that it nurtures creativity and cooperation, rather than competition. Students graduate with tangible, marketable skills, with their talents recognized, but absent life-long trauma acquired in their teens — as is so often the case in the U.S. Moreover, many of these students will go on to become artisans and artists working in ateliers that continue a centuries-old tradition of fine arts and craft.

The primary lesson from this school is that not all pathways to work that are personally satisfying and culturally important require a college level education. And that high school need not be hell.

Mark Hinshaw
Mark Hinshaw is a retired architect and city planner who lived in Seattle for more than 40 years. For 12 years he had a regular column on architecture for The Seattle Times and later was a frequent contributor to Crosscut. He now lives in a small hill town in Italy.
Previous article
Leftward Ho! Washington Environmental Groups Make a Risky Political Bet
Next article
Risking Hanford (Like We Needed One More Thing to Worry About)