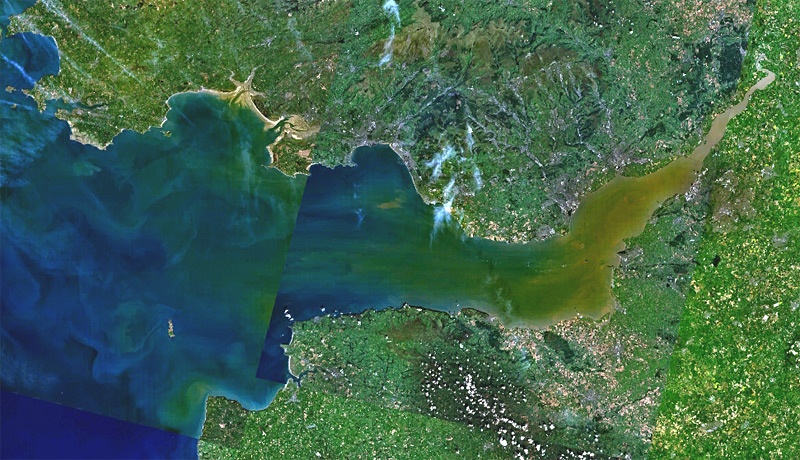 The U.S. Environmental Protection Agency is moving to permanently block the proposed Pebble Mine project, which would locate a mile-square copper and gold mine between two of the most productive river watersheds supporting the salmon fishery of Alaska’s Bristol Bay.

The mine has endured setbacks in the last year, having been denied a key Army Corps of Engineers permit during the final months of the Trump administration.  In 2019, however, the Trump administration withdrew an Obama-era finding that the mine threatened major environmental damage and should not be allowed under the Clean Water Act.

The EPA, in a court filing, wants to restore proposed protection under the Clean Water Act, which followed extensive studies of the mine, its tailing ponds, and its 82-mile proposed road. All would be cheek-to-jowl with the world’s greatest sockeye salmon fishery.

Sen. Maria Cantwell, D-Wash., pushed to have the EPA’s Seattle-based Region X conduct a three-year scientific review into impacts of the proposed mine.  “The science has been clear all along that the Pebble Mine would destroy Bristol Bay and the wild salmon that depend on it,” Cantwell said Thursday. “Salmon depend on clean water and a healthy environment, and I applaud the Administration’s use of the Clean Water Act to prevent this colossal, toxic and historic threat to Bristol Bay salmon.”

The proposed Pebble Mine has confronted Alaska, and America, with a classic conflict of values.  Would-be developers site billions of dollars’ worth of copper and gold deposits.  But Bristol Bay supports a $2 billion annual fishery and more than 14,000 jobs.  Its fishery produces 46 percent of the world’s sockeye salmon catch. During the first decade of the 21st Century, an average of 37.5 million salmon returned to its rivers, with an annual catch of 25.7 million fish.

The Bristol Bay sports fishery is also world-renowned. As his father’s administration considered a go-ahead, Donald Trump, Jr., spoke up in opposition to the mine.  The Trump offspring have fished the rivers of Bristol Bay, and Eric Trump’s bachelor party was held in the area.  In one of the few decent acts of his life, Fox News pundit Tucker Carlson also came out against the mine.

The EPA, in its studies, noted that the Pebble Deposit lies at the intersection of the Nushagak and Kvichak River watersheds. “Eliminated or blocked streams under the minimum or maximum mine footprint would result in the loss of 55 to 87.5 miles of possible spawning or rearing habitats for Coho, Chinook, and sockeye salmon, rainbow trout, and Dolly Varden.”

Alaska politicians have long allied with the mining industry. They objected vehemently to EPA studies under the Obama Administration, claiming the agency’s work constituted a backdoor attempt to preempt state licensing of the project. They were, of course, right about that.

The mine project was subject to a classic “sting” operation last year.  Two people from a group called the Environmental Investigative Agency posed as would-be investors based in Hong Kong.  They recorded a pair of executives – Pebble Partnership CEO Tom Collier and Northern Dynasty Minerals CEO Ronald Thiessen – boasting about their backstage influence with Alaska political leaders. Collier depicted Gov. Mike Dunleavy as a personal friend. The executives told “investors” that Sens. Lisa Murkowski and Dan Sullivan, R-Alaska, were simply paying lip service in expressions of concern for salmon and the environment.

Collier was out the door a day after the tape was made public.  Sen. Murkowski hit the roof, declaring: “I am dead set on a high bar for large scale resource development in the Bristol Bay watershed.  The reality of this is the Pebble Project has not met that bar and should not be issued a permit.” Sullivan followed with a statement that the Pebble project failed to meet “the high standards for resource development in Alaska.”

Opposition to the Pebble Mine has spanned North America.  Large jewelry firms, from Tiffany to Ben Bridge, have pledged not to create fashion out of minerals taken from the mine.  A group of 260 chefs, notably Seattle’s Tom Douglas, came out against the mine.  Joe Biden took up the cause in last year’s campaign, saying: “It is no place for a mine.”

Fifteen federally-recognized tribes asked President Biden this summer to kill the mine.  An Alaska Native corporation, the Pedro Bay Corp., which owns land near Bristol Bay, voted in June to let the Conservation Fund buy conservation easements on 44,000 acres it owns and put it off limits to development. The native land sits astride the route of the mining road Pebble Partnership wants to build to transport ore from its mine.

The Pebble Mine Partnership, in a statement by spokesman Mike Heatwole, sought to go green in response to the EPA’s filing:

“As the Biden Administration seeks to lower carbon emissions for energy production, they should recognize that such changes will require significantly more mineral production – notably copper. The Pebble Project remains an important domestic source for the minerals necessary for the administration to reach its green energy goals.”

But of course the Bristol Bay fishery is a great resource unto itself.  The salmon runs are wild and require no hatcheries to sustain them. The fishery flourishes at a time when salmon runs in such streams as the Columbia, Klamath, and Sacramento Rivers have been decimated.

Joel Connelly
I worked for Seattle Post-Intelligencer from 1973 until it ceased print publication in 2009, and SeattlePI.com from 2009 to 6/30/2020. During that time, I wrote about 9 presidential races, 11 Canadian and British Columbia elections‎, four doomed WPPSS nuclear plants, six Washington wilderness battles, creation of two national Monuments (Hanford Reach and San Juan Islands), a 104 million acre Alaska Lands Act, plus the Columbia Gorge National Scenic Area.
Previous article
How Tennis Came to the Pacific Northwest
Next article
What Would You Trade?