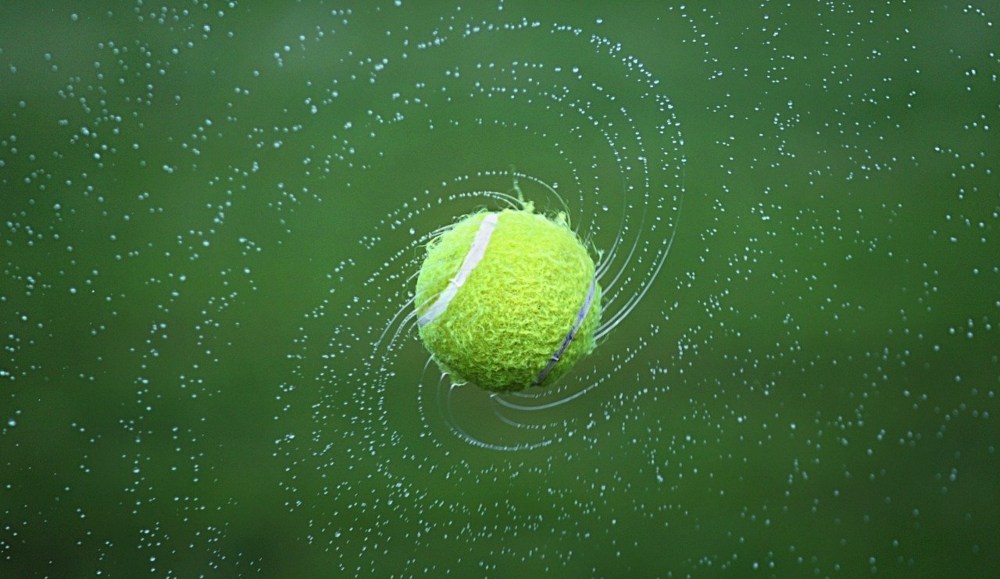 How Tennis Came to the Pacific Northwest

Sports are an integral part of Pacific Northwest culture.  Our region’s long history of “winning” has rippled through football, basketball, baseball, rowing, horse racing, soccer, track and field, sailing, boat racing, squash and badminton, and much more.  Let’s take a closer look at one of them, tennis, in this week of the U.S. Open.

Arising from Basque country recreation, or perhaps monks frolicking in their outdoor fields, tennis’s medieval origins may be seen in early cartoons, wall sculptures and comments by Chaucer and Shakespeare.  One story holds that King Louis X of France died in 1316 playing “jeu de paume” (using one’s palms to hit the ball) near Vincennes when he became overheated and caught a chill.

It eventually arrived in North America, when in 1874 Mary Ewing Outerbridge brought a tennis net, racquets, and balls to Staten Island, New York, from the British colony of Bermuda.  Soon clubs in New York, Boston, and Philadelphia introduced the game to their membership.  By the 1890s, California, Oregon, and Washington State were hosting tournaments.  Seattle was then a boomtown, owning the action of 1897-1901 Klondike gold strikes and the arrival of cross-continent railroads.

The Olympic Tennis Club near Seattle’s Madison and Boren streets (atop First Hill, then a fashionable neighborhood) was founded in 1890, with courts scattered around and  early club dances held in a “large riding stable.”   The rise of an affluent commercial class encouraged tennis players to draft club bylaws, limiting membership at 75 players.  Tennis-playing “Easterners” and Canadians dominated the early proceedings – and the matches.

In 1919 the re-named Seattle Tennis Club purchased the Lake Washington Firloch Canoe Club property.  That property has a spectacular view of Mt. Rainier, but it was undeveloped, consisting of a grove of Douglas fir trees, large stumps (from early logging), a rickety boathouse – now stranded high above the new waterline (caused by the opening of the Montlake gap in 1916), a clubhouse with a viewing deck, and, most importantly, “four oiled dirt tennis courts.”  Access to the property, after riding the rattling Madison Street cable car, was by foot along a plank road, on horseback, or aboard the rare automobile over a dirt path.

Tennis took off during the 1920s-30s, especially in the United States, Europe, Brazil, and Australia.   In America, Don Budge and “Big Bill” Tilden drew thousands to the bleachers, as did France’s Suzanne Lenglen and America’s Helen Wills.

Junius Rochester
Junius Rochester, whose family has shaped the city for many generations, is an award-winning Northwest historian and author of numerous books about Seattle and other places.
Previous article
Requiem for Ruby Bishop’s Noble Old Cedar Tree, Felled by Weak Laws
Next article
Biden’s EPA Finds a New Weapon in the War Against Alaska’s Pebble Mine