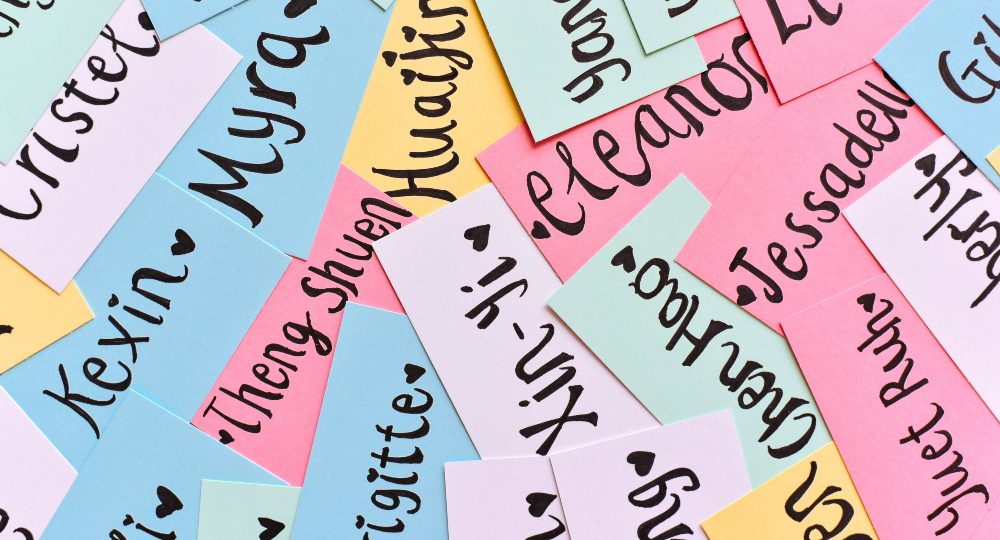 An Astrid By Any Other Name…

Names move in and out of fashion because the whole purpose of names is to gain a half-step in status.  For my parents, a generation removed from the Irish bogs, this was not much of a challenge. Anything short of Jasmine and Billy Bob was a half-step up.

Today’s parents, thinking that the name Astrid contributes a half-step, fail to realize that their peers from similar families, schools, and social backgrounds also think the name Astrid connotes eminence. Quickly Astrid will forfeit its cachet as the hoi polloi, also craving a half-step up, confer this name on their daughters.

Thus Martha Stewart (née Martha Kostyra, in Jersey City, NJ) lurched for a full-step by naming her daughter Alexis. But soon mothers named Brandy, Doreen, and Destiny named their daughters Alexis. Alexis became so common that no one will use it today. In the twenty-first century it has dropped from number 5 to 309.

To gain that vital half-step, do what Martha Stewart didn’t do. Think ahead. Will this name help, or embarrass, your child at ages 12, 30 and even 55?

Consider boy’s names. Liam was the most popular name in 2020. Suppose you son joins the Navy at age 21.  Names such as Admiral, Captain, and Commodore will enhance his career. If you choose Liam, you might as well have named him Swabbie. Similarly, if you want your daughter to crack the glass ceiling, consider the names President, Director, and Boss.

When you look to the future, remember that today’s hero is tomorrow’s bum and vice versa. Noah was the number one boy’s name over the last decade. But given how quickly partisan politics alters reputations, in 30 years Noah may be pilloried for excluding non-binary animals, embracing socialism, abetting mass murder, acquiescing to climate change, or simply being a drunk.

Thirty years from now, your son to is more likely to flourish in battle-scarred America with the Biblical names such as Cain, Nebuchadnezzar, Goliath, Herod, Pontius, and Judas.

Remember rule number one. Think ahead when naming your child! In post-democratic, authoritarian America the most career-enhancing names will be Mao, Attila, Genghis, Pol Pot, Adolph, Papa Doc, Klansman, Vlad the Impaler, and best of all — Donald and Ivanka.

Steve Clifford
Steve Clifford, the former CEO of KING Broadcasting, has written humor for Crosscut.com and the Huffington Post. He is the author of "The CEO Pay Machine."
Previous article
Big Dog, No Hunt: What a Seattle Mayor’s Race Without Corporate Money Looks Like
Next article
Reckoning: Guemes Island Keeps Growing; The Water Supply Isn’t