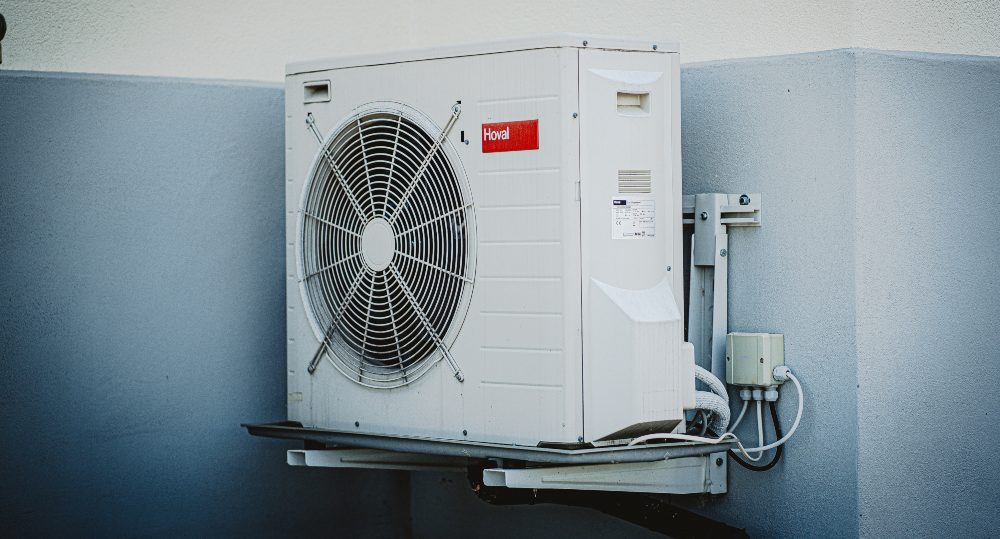 Beyond Comfort: The Impacts of Air Conditioning

In opening Eric Dean Wilson’s book, After Cooling: On Freon, Global Warming, and the Terrible Cost of Comfort, I was prepared for a lot of data on how the Freon gas created a huge hole in our ozone layer and had threatened our human survival.

But author Wilson goes beyond the technical explanation of how Freon (and other gases that have replaced it) that still threaten our environment. Instead, he shows how our faith in the ability to cool the world without environmental repercussions is still with us. In an interview with me, Wilson unveils how our marketplace-driven economy creates a consumer culture where air conditioning has become a necessity underlying that faith.

“After Cooling” begins with an unusual insight — the public initially resisted the idea of cooling air for personal comfort. It was too strange to attract buyers. Here are more insights gleaned from a conversation with the author. Answers have been edited for length and clarity.

Licata: How was the public sold on the idea that feeling comfortable was OK?

Eric Dean Wilson: There had been only a slow growth until the AC industry, in response to World War II, hitched the comfort of air conditioning to work efficiency. Suddenly you could work at all hours and in all temperatures. It was vital because it integrated comfort into the Protestant work ethic.

You wrote that the history of air conditioning reveals something essentially American. What makes it uniquely American?

Americans had to justify using air cooling as something other than just pursuing comfort. We needed to believe that cooling was useful to do something else. Initially, Europe mocked the U.S., and air conditioning didn’t catch on anywhere else in the world.

What has changed so that much of the rest of the world is now also pursuing air conditioning?

It’s not just our technology that has been exported, but also our cultural bias that conflates discomfort with the danger of being uncomfortable. For instance, we do have physiological limits. We die when we’re too cold, and we have a stroke when we’re too hot. But humans can tolerate a wide range of temperatures.

Historically, heat tolerance and strategies for cooling have varied throughout the world. When our technology goes worldwide, so does our cultural bias that requires a narrow range of temperatures to be comfortable and safe.

The American model of comfort is replacing other, more responsible ways of beating the heat. As a result, most new buildings are designed to provide a uniform temperature for all, regardless of what the local population had considered normal and safe.

You argue that air conditioning has increased the gap between social classes, as defined by race. You use the American South as an example where enjoying air conditioning in a hot and humid climate did not contribute to everyone’s improved comfort. How did racial divides grow with air conditioning?

Air conditioning became a pretty insidious tool for racial segregation. With the coming of movie theaters, which were segregated by law in the South and often segregated by the social custom in the North, the segregation of races was both spatial and thermal. White patrons sat on the ground floor, which was cooler and better air-conditioned, while the Black patrons sat in the balcony, which was stuffier, more crowded, hotter and less air-conditioned.

More recently, neighborhoods segregated by race make it easier, [for instance] when power grids are burdened on hot days, for power companies to cut off power to primarily Black or Latino neighborhoods to preserve the whole grid.

You write that “the regard for public space and community well-being all but vanished.” How did that happen?

At the end of the 19th century, there was a birth of gorgeous public parks and spaces as part of an ethos that access to well-designed public gathering spaces benefits a city’s general population. A century later, we started seeing the shuttering of those spaces into privately controlled areas. That development occurred before air conditioning began.

When AC became available, it was concentrated in large commercial spaces where you had to spend money to stay cool. Consequently, movie theaters or shopping malls received air conditioning, while there were far fewer public spaces providing shelter from the heat. Libraries are the major exception to this.

Unfortunately, there is none outside of capitalism. But that doesn’t mean it’s the best option. I believe smaller communities who have attempted to retain a pre-capitalist idea of the commons are the last stronghold. It’s not that the world before capitalism was Edenic. Certainly not. But they kept the possibility of living differently. That possibility of difference — an act of imagination — is crucial.

You write that the most significant problem going forward is that we haven’t curtailed our insatiable appetite for comfort, and we do not have free energy to meet an ever-growing demand.  So, what do you lay out as a positive and effective way forward to avoid destroying the Earth for human habitation?

We need to transition to renewables as swiftly as possible. But there are still many unknowns connected to extraction. Wind turbines and solar panels still need precious metals, the mining of which destroys communities in less industrialized areas. We don’t know how to keep air travel without using fossil fuels. Some claim it’s possible, but the point is that when you expend condensed energy to overcome time and space like that, the power must come from somewhere.

I don’t have a master plan. I wish I did, but I know that our solutions come in concert with dialogue from communities who keep getting the short end of the stick. When we center on the most vulnerable, we all win.

Nick Licata
Nick Licata, was a 5 term Seattle City Councilmember, named progressive municipal official of the year by The Nation, and is founding board chair of Local Progress, a national network of 1,000 progressive municipal officials. Author of Becoming a Citizen Activist. http://www.becomingacitizenactivist.org/changemakers/ Subscribe to Licata’s newsletter Urban Politics http://www.becomingacitizenactivist.org/
Previous article
How Astoria Became the Plymouth Rock of the West
Next article
Big Dog, No Hunt: What a Seattle Mayor’s Race Without Corporate Money Looks Like