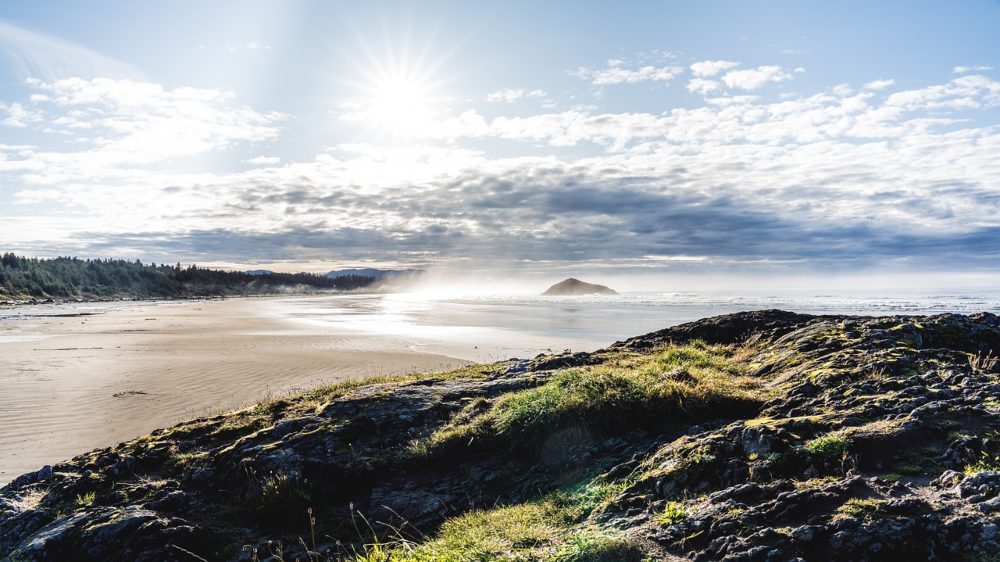 At Last! Back to BC. Here’s Where to Go

The 16-month shutdown of the U.S.-Canada border to all “non-essential” travel is likely to end as early as July 21, making possible late summer and fall excursions in the Great White North.

In British Columbia, returning visitors will find increased competition with locals, as the province has urged its residents to see their own vast backyard. They’ve done just that, producing a rush to even remote places like Berg Lake trail and Mt. Robson in the Canadian Rockies. Still, British Columbia is larger than Texas and frankly with a far greater variety of attractions and climates to enjoy them.  If you are fired up, vaccinated and ready to go, here’s a selection of places and experiences:

The Tofino-Ucluelet region, reached out of Port Alberni on the west coast of Vancouver Island, is thronged with visitors in mid-summer, but grows more accessible in late summer and early fall.  It boasts famous places, the pounding surf of Long Beach, and sublime beauty of nearby Florencia Bay. Take a day excursion up to Hot Spring Cove in Clayoquot Sound, watch for whales and enjoy the island’s one great coastal fjord that has been largely saved from loggers (thanks to citizen activists and Aboriginal First Nations).

Tofino is a delightful town, its bakery long a center for local activism.Or use the logging road not taken, and head down the south shore of Alberni Inlet to Bamfield.  The native village can also be reached by water on the Lady Rose out of Port Alberni. Charter a boat for a day of fishing or a trip through the Broken Islands at the mouth of Barkley Sound.  Hike the northern six miles of the West Coast trail, clamoring down to surf-scoured rocks at the ocean.  Get drenched by a blow hole. Come with a reservation, for accommodations are limited.

Naramata, the Walla Walla of the north

British Columbia wines were once the stuff to groan home about.  On a media tour, B.C.’s then-Premier W.R. “Mr. Bill” Bennett proudly served red wine from his home riding on Lake Okanagan.  Hangovers are remembered decades later. That was then. Now, quality vintages and wine tourism have arrived bigtime and are centered around the town of Naramata at the south end of Lake Okanagan, not far north from Oroville. Long known for its orchards, the region has more than 40 wineries. The wine country adjoins Canada’s only desert, with nearby Vaseux Lake Provincial Park a splendid locale for birding and wildlife viewing. Federal and provincial governments are working out final details and boundaries for Canada’s newest national park.

The park, also accessible out of Oroville, soars to mark the very east end of the Cascade Range.  It is reached by a bone-jarring eight-mile jeep track up from the Ashnola River near the orcharding town of Keremos. The jeep ride takes you from a hot valley – a sign warns of rattlesnakes – up to alpine country.The jeep trip, run by Cathedral Lakes Lodge, ends at to 6,800-foot Quiniscoe Lake.  You can stay and eat at the lodge or haul provisions up and rent a cabin – ours slept six – or set up tents at a nearby campground.  I’ve been snowed on there in August.  Above you, circling a trio of high lakes, is the Rim Trail at over 8,000 feet. Views stretch out over the entire Cascade Range. Lots of mountain goats about, and they are mellower than salt-starved Olympic counterparts.

Cathedral Park is awesome in late September and early October. Forests of Lyall’s larch trees, which grow only above 6,500 feet, turn gold before losing their needles.  The larch season has become crowded south of the 49th Parallel, with mobs on the Maple Pass and Ingalls Lake trails, and a reservation lottery that makes it hard to score a permit to hike into the Enchantment Lakes. Go north, and even get a roof over your head.
Return to “the States” via the remote Nighthawk border crossing in the Similkameen Valley. A joint RCMP-U.S. Border Patrol drug exercise once spawned rumors causing militia types in Chelan County to prepare for an anticipated United Nations invasion.

Find descriptions on the Internet. The tourism industry has strung together destinations to construct a wonderful hot springs/high places tour through southeast British Columbia. It’s accessed by driving past Spokane, north on U.S. 95 – overnighting at wonderful Bonners Ferry on the Kootenai River – and heading for Cranbrook. Stop and pick up a bottle of duty-free Scotch at the border crossing. The loop begins with a drive north through valleys of the Kootenay (spelling changes at border) and newborn Columbia River, from Cranbrook to Radium. The Purcell Mountains rise to the West, the Rockies to the east.

Fairmont Hot Springs is the first destination, followed by the delightful town of Invermere.  Radium Hot Springs, just inside Kootenay National Park, is the country’s largest such pool. You can extend the loop by driving north through Kootenay Park to Vermillion Pass, and the wonderful secluded Storm Mountain Lodge right at the Continental Divide.  Descend to the Trans-Canada Highway, then drive west past Lake Louise and back over Kicking Horse Pass into British Columbia.

Take the Trans-Canada through Rogers Pass and down to Revelstoke.  Revelstoke is a cookin’ town with a wonderful, slightly eccentric place – The Cube – at which to stay. Ask about Argonaut Valley, where locals are trying to protect interior old-growth forests from loggers.The circle trip next heads south to Nakusp Hot Springs on the Arrow Lakes, and then east to New Denver on shores of Slocan Lake. Visit the Nikkei Memorial Internment Center, where Japanese Canadians were interned during World War II.

Another wonderful stop is the town of Kaslo near the north end of Kootenay Lake. Drive to the 6,200-foot lookout atop Mt. Brennan for expansive views of the lake.  Or head into the Purcells – if Glacier Creek Road is open – for the easy glorious hike up to Monica Meadows amidst larch forests and flanked by glacier-draped peaks. Complete the loop in Creston, with bird and wildlife viewing in the wetlands where the Kootenay River flows into Kootenay Lake. Bonners Ferry is 25 miles away.

Several Baby Boomer friends in British Columbia still look back on days of wine drinking, much marijuana and sleeping in the VW bus out on the north shore of the Strait of Juan de Fuca.The coastline retains a wild and untamed character, even though Harry and Meghan used a villa near Sooke as temporary digs when decamping from life as Royals across the Pond.

A few tips on enjoyment:  Bring your car across on the Coho ferry from Port Angeles.  Do a few stops in Victoria — Royal BC Museum, gardens at Government House (on Broughton Street), Beacon Hill Park.  Eat pub food at Spinnakers, drink craft beer at Swans Pub, and then find Highway 14 out of town to the west.The cabins and spacious grounds at the Point No Point Resort, west of Sooke, make for an excellent base of operations.  The resort is an ideal spot if you need peace and quiet to write or plan or prepare.

The British Columbia government, in the 1990s, built a 47 km (30 mile) Juan de Fuca Marine trail between China Beach and Botanical Beach, the end of the road.  It can be easily accessed at several points from Rte. 14. Botanical Beach, in Juan de Fuca Marine Park, is a 15-20 minute walk from the parking area (just beyond Port Renfrew).  It’s renowned as a place to explore the sea life of intertidal pools, watch birds, and spot killer whales swimming offshore.  As well, however, it is a place to watch out for the occasional rogue wave, especially if kids are with you, and to seal off food from the black bears in the area.

The Strait of Juan de Fuca is gateway to the Salish Sea, shared by both countries. It is a major inbound route for container ships headed to the ports of Vancouver and Seattle-Tacoma, for cruise ships, and for endangered salmon runs headed to Puget Sound streams and the Fraser River.  If Canada completes the Trans-Mountain Pipeline expansion, there will be a sevenfold increase in oil tanker traffic.

We are blessed with such places as Botanical Beach, and our Shi-Shi Beach across the water, part of Olympic National Park and Pacific Rim National Park Reserve. It will be grand to cross the (water and land) boundary again and share the region. A writer for Macleans, the Canadian magazine, once described British Columbians as a privileged people surrounded entirely by envy.

A challenge for 2022 is to start putting together a British Columbia bucket list. What’s on mine? Watching grizzly bears feeding at two fabled spots on the B.C. Coast – the Khutzmateen Grizzly Sanctuary north of Prince Rupert and the head of Knight Inlet – or headwaters of Chilko Lake in the Coast Range. Heading back up to northern Vancouver Island, for a visit to the U’mista Cultural Center at Alert Bay and watching the northern resident killer whales in the Robson Bight Ecological Reserve.

The COVID-19 pandemic kept us indoors, but is now sending us back outdoors.