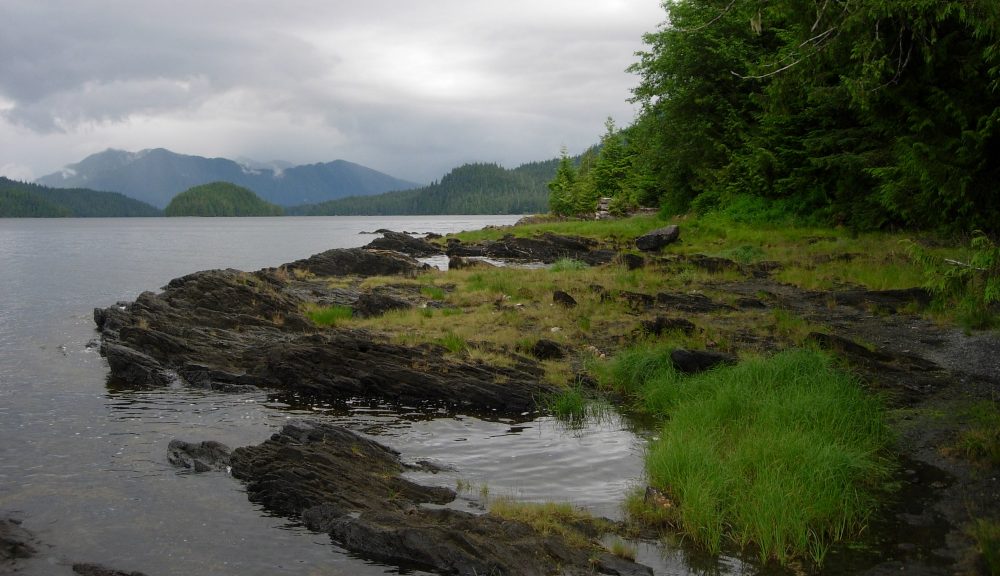 The Biden Administration will end large-scale logging of old growth trees in Alaska’s Tongass National Forest, home to the largest expanse of old growth in the United States and, together with neighboring land in British Columbia, the greatest intact temperate rainforest remaining on Earth.

U.S. Agriculture Secretary Tom Vilsack, reversing a Trump Administration policy, said there will be no additional road development over 9 million acres of the 16.7-million-acre national forest.  Much of the rest of America’s greatest national forest is already protected. This is phenomenal news for one of the world’s last great remaining temperate rainforests and an enduring gift to Pacific Northwest tourism and finding jobs that rely on protecting the Tongass’ 9 million acres of pristine forest lands,” said Sen. Maria Cantwell, D-Wash.

The Tongass encompasses much of Southeast Alaska and has been fought over for nearly half-a-century. Portions of the forest, particularly on Prince of Wales and Chichagof Islands, were heavily clear cut in the 1960s and 1970s. Logging claimed 93.8 percent of the rain forests of Prince of Wales Island. The U.S. Forest Service paid for roads and laying out timber sales, supporting and subsidizing two big pulp mills in Sitka and Ketchikan.  Both have since closed.

The policy announced Thursday means that a future for the Tongass based on fisheries, recreation, tourism, and carbon sequestration.  The Biden Administration will spend $25 million to help towns and villages with sustainable development.

Approximately 5 million acres of old growth forest remain, spread across the islands and mainland of Southeast Alaska.  The immediate impact of Biden policy will be to axe three large planned timber sales totaling 15,500 acres on Prince of Wales and Revillagigedo Islands. “This approach will help us chart the path to long-term economic opportunities that are sustainable and reflect Southeast Alaska’s rich cultural heritage and magnificent natural resources,” Vilsack said in a statement.

The environmental community has much to celebrate, having fought the clear-cutting of old growth in the Tongas back to 1980 when Congress passed the Alaska Lands Act.  The law set aside 103 million acres of the 49th State as national parks, wilderness areas, wildlife refuges, monuments, and wild and scenic rivers.  In the Tongass, however, much of the protected wilderness consisted of non-commercial forest, rock, and glaciers.

“The real value of the Tongass is in its abundant fish and wildlife, its cultural resources and its beautiful scenery and wild landscapes,” Austin Williams, director of Trout Unlimited in Alaska, said Thursday.

At an Air Force One stopover in Alaska last year, Dunleavy helped persuade President Trump to remove the Tongass National Forest from a Roadless Rule enacted under the Clinton Administration.  Trump did so last September, with a goal of resuming industrial forestry in Southeast Alaska. “The Forest Service has already conducted a thorough analysis and determined that an Alaska-specific exemption from a one-size-fits-all roadless rule was fully justified,” Dunleavy argued.

Corri Feige, commissioner of the Alaska Dept. of Natural Resources, added: “The Tongass was created to serve multiple uses, including a sustainable timber industry. The Forest Service, during period of peak logging, was getting back just four cents of every dollar spent to “get in the cut.” The Alaska Lands Act mandates a timber harvest level of 4.5 billion board feet per decade and provided $45 million a year to maintain timber supply.

The old-growth forests sustain the Tongass’ salmon spawning streams and provide vital habitat for such species as the Sitka black-tailed deer and Alaska brown bears. On Admiralty Island, most of which is protected as a national monument, the average density in some places reaches one brown bear per square mile. The bruins use old growth habitat to feed and travel between spawning streams and alpine habitat.

Dominic DellaSella, a scientist with the Earth Island Institute, has described the Tongass as “North America’s lungs,” writing Thursday: “Tongass is now one of the world’s most important temperate forests because of how much carbon it draws down from the atmosphere.”

The Tongass stores the equivalent of 8 percent of all carbon stored in forests of the “lower 48.” The figure has likely gone higher of late. Stressed by record heat, prolonged drought and fire, forests in Western states of the “lower 48” have been emitting more carbon than they capture.

Joel Connelly
I worked for Seattle Post-Intelligencer from 1973 until it ceased print publication in 2009, and SeattlePI.com from 2009 to 6/30/2020. During that time, I wrote about 9 presidential races, 11 Canadian and British Columbia elections‎, four doomed WPPSS nuclear plants, six Washington wilderness battles, creation of two national Monuments (Hanford Reach and San Juan Islands), a 104 million acre Alaska Lands Act, plus the Columbia Gorge National Scenic Area.
Previous article
At Last! Back to BC. Here’s Where to Go
Next article
The Politics (and Effective use) of Fear