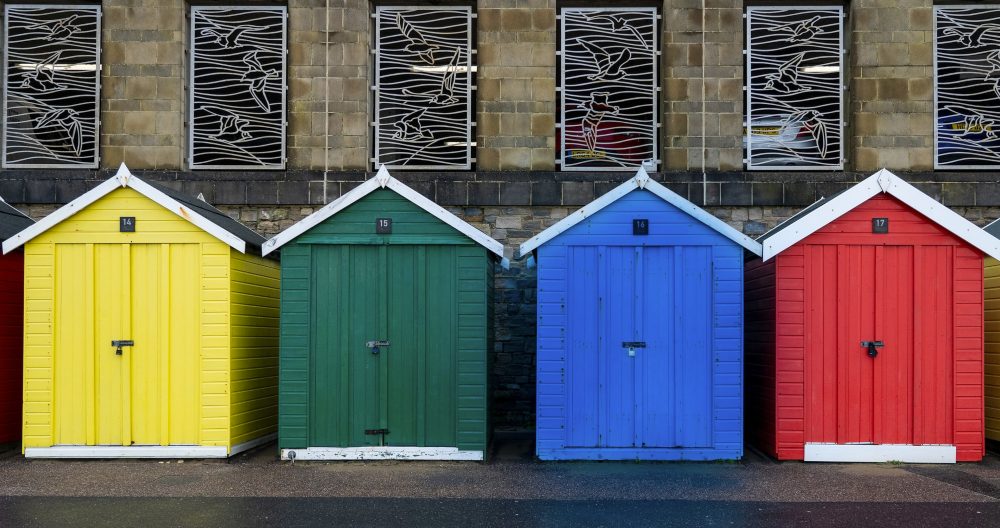 George Packer, a prolific commentator on modern life, is out with a new book, Last Best Hope: America in Crisis and Renewal. It has been distilled into a long essay in The Atlantic titled, “How America Fractured into Four Parts.” I’m a fan of Packer’s work. This essay makes a good, if troubling, read.

Cutting to the quick, Packer’s four Americas are — Free America, Smart America, Real America, and Just America. It feels like a fair taxonomy of America at this time, although any such typology risks devolving into stereotypes. Packer stresses that all four have deep antecedents in the American story. They are enduring threads in our national fabric. Different now are two things.

One difference is the backdrop. Politics since the 70s has moved away from the post-World War II era of widely shared prosperity and of a secure middle class. This is itself bound up with other changes — globalism, technological change, the shift from an industrial/manufacturing economy to one more based in knowledge and services.

While each of these four strands has long been with us, each — second difference — seems to have become more distinct and sharper-edged. There is less tolerance for other views, less sense that all are needed and have a contribution to make. And inhabitants of each America tend to be more insular, worlds unto themselves.

Free America means “freedom from” — government intrusion, mandates, limitations on my freedom to do I want to do with my talents, property, and resources. “Free America” runs a spectrum from risk-taking entrepreneurs and inventors to “Don’t Tread on Me” non-vaxxers.

Smart America is what we have come to call “meritocracy.” It is the race, if not to the absolute top, then high enough up to enjoy significant levels of privilege and security because you have the right skills, smarts and connections (having gone to the right college/ university) to thrive in today’s economy. Packer notes that for global-oriented Smart Americans, patriotism seems an outmoded vestige of an earlier time — back to that in a moment.

Real America is all about patriotism and place. It has a proud pedigree that can be traced to Jefferson’s citizen-farmer and William Jennings Bryan’s populism. Its recent descent is indicated by the company it now keeps, e.g. Sarah Palin — she who paved the way for Donald Trump. Real America once had a solid footing in reality. Today not so much.

Though it too has historical antecedents, Just America is perhaps the most recent, stressing as Packer does its roots in the ascendency of Critical Theory (90s and 00s), and the way it has been galvanized by police violence against black men, from Ferguson, Missouri (2014) to George Floyd (2020). Packer wonders if it would be better named, “Unjust America” as it hones in on the idea that American history, from 1619 onward, has been a story of brutality and injustice and racism.

Where does Packer see this all heading? He doesn’t see a hot civil war or secession, but quite possibly an on-going “cold” civil war. He thinks that if we are to make progress on our big challenges, patriotism cannot be neglected. Here’s a section of that argument.

“Smart Americans are uneasy with patriotism. It’s an unpleasant relic of a more primitive time, like cigarette smoke or dog racing. It stirs emotions that can have ugly consequences. The winners in Smart America—connected by airplane, internet, and investments to the rest of the globe—have lost the capacity and the need for a national identity, which is why they can’t grasp its importance for others. Their passionate loyalty, the one that gives them a particular identity, goes to their family. The rest is diversity and efficiency, “heirloom tomatoes” and self-driving cars. They don’t see the point of patriotism.

“Patriotism can be turned to good or ill purposes, but in most people it never dies. It’s a persistent attachment, like loyalty to your family, a source of meaning and togetherness, strongest when it’s hardly conscious. National loyalty is an attachment to what makes your country yours, distinct from the rest, even when you can’t stand it, even when it breaks your heart. This feeling can’t be wished out of existence. And because people still live their lives in an actual place, and the nation is the largest place with which they can identify—world citizenship is too abstract to be meaningful—patriotic feeling has to be tapped if you want to achieve anything big. If your goal is to slow climate change, or reverse inequality, or stop racism, or rebuild democracy, you will need the national solidarity that comes from patriotism.”

Just for fun I gave myself 12 votes to assign among the four based on what I thought were my own affinities. The result: Free America 3; Smart America 4; Real America 2; Just America 3. Remember, I regard ambivalence as a morally defensible position!

Packer says that he is not eager to live in the republic of any one of the four Americas, which suggests that while all have something to contribute, each has deficiencies and blind spots. We live in a pluralistic society, which means the people we disagree with aren’t going away and we need to find ways to live with one another.

Anthony B. Robinsonhttps://www.anthonybrobinson.com/
Tony is a writer, teacher, speaker and ordained minister (United Church of Christ). He served as Senior Minister of Seattle’s Plymouth Congregational Church for fourteen years. His newest book is Useful Wisdom: Letters to Young (and not so young) Ministers. He divides his time between Seattle and a cabin in Wallowa County of northeastern Oregon. If you’d like to know more or receive his regular blogs in your email, go to his site listed above to sign-up.
Previous article
Difficult Women All: Why is Kamala Harris a “Bad Boss”?
Next article
Under Abandonment: A Gripping Account of Last Summer’s East Precinct Debacle