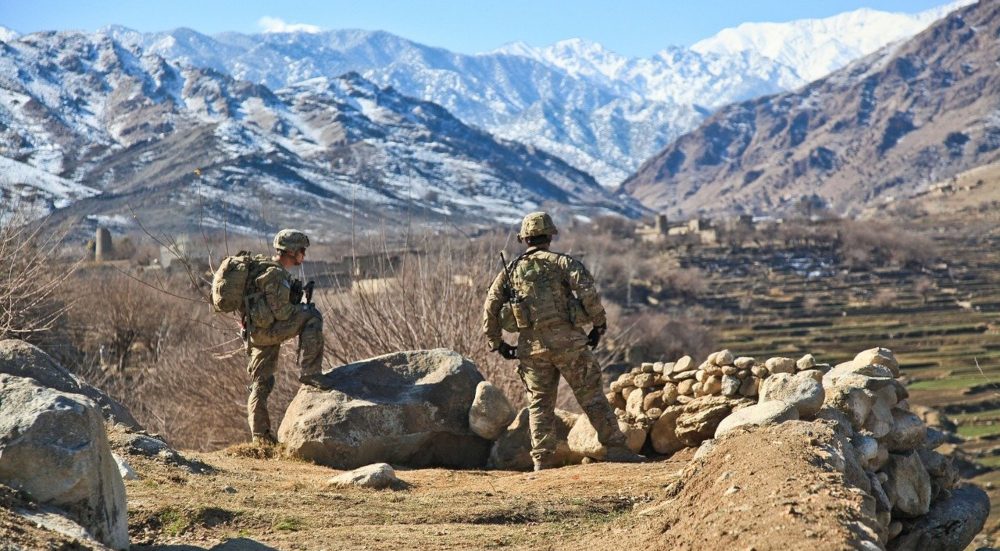 As the last U.S. combat troops pulled out of Afghanistan in recent days, the adage came to mind about those who fail to learn from history being destined to repeat it.

The United States’ abject failure at nation-building during a 20-year occupation that cost 2,300 American lives and at least $1 trillion was as predictable at the outset as it is painfully obvious at its end.

Pundits are decrying the sped-up withdrawal as ill-timed and disorganized, as if there has been some better time in the past or will be in the future to end America’s longest war. A resurgent Taliban now controls one-fourth of Afghanistan’s rural communities, gains made under the cover of stalled peace talks with the Afghan government under U.S. auspices.

Afghanistan is not now and never has been a cohesive country. It is a cobble of warlord-ruled districts and provinces divided by religion, ethnicity, language and tribe. The only shared history of its disparate communities are the great-power occupations that all ended badly. There is a reason Afghanistan has been dubbed “the graveyard of empires” for so long that historians are unsure who first applied the ominous label.

Volumes have been written about the thousands of British troops, colonial Indian conscripts and camp followers who were slaughtered as they attempted to retreat from their occupation in 1842, the victims of rival Afghan militias exacting revenge for the foreign brutality and imposition of alien culture.

The Soviet Union’s 10-year occupation of Afghanistan, which ended with a less bloody troop pullout in 1989, was a precipitating factor in the USSR’s disintegration two years later, as well as collapse of the Soviet empire as Eastern European allies deposed their Kremlin-allied rulers.

U.S. diplomats and politicians of both major parties railed against the Soviets for their 1980 invasion, boycotting the Moscow Olympics later that year and waging campaigns through the United Nations to isolate and sanction the Communist occupiers.

The Sept. 11, 2001, terrorist attacks on New York’s Twin Towers, the Pentagon and a flight brought down over Pennsylvania were plotted by Al Qaeda militants given safe haven in Afghanistan by the then-ruling Taliban. The U.S. military operation launched three weeks after the terrorist strikes was supposed to be swift and aimed at ousting the Taliban and rooting out the Al Qaeda cells.

In the heat of the 9/11 aftermath, it made sense for U.S. forces and their NATO allies to depose the militants and liberate the minorities and women who suffered abuse by the religious zealots. That mission was arguably accomplished 10 years ago with the killing of Osama bin Laden and the eradication of Al Qaeda’s presence years earlier.

What has kept U.S. forces in the unreformable country is a circular argument about how to secure the gains made over 20 years, most notably the rights of women and girls in education and the economy. It is already obvious that the Taliban intend to roll back those advances. In districts controlled by the militants, reports have emerged of public flogging for moral “crimes” and reimposed bans on women in the workplace or on the streets without a male relative escort.

A U.S. intelligence report circulated to officials last month warned that Kabul could fall to the Taliban in as little as six months after U.S. troops depart, according to the Washington Post, citing unidentified officials familiar with the report. Civil war is expected to intensify.

U.S. troops last week handed over Bagram Air Base, the epicenter of U.S. operations in Afghanistan, to the Afghan National Security Force. The departure of the last combat troops on Friday, two months ahead of President Joe Biden’s Sept. 11 deadline for the pullout, instigated some criticism among senior military about the potential for Afghanistan to again become a refuge for terrorists. There has also been much hand-wringing and doom-saying by politicians on the right, who had no problem with Donald Trump’s announcement of a complete pullout during his administration.

Pentagon spokesman John Kirby told journalists in Washington on Friday that a strategic presence will be maintained and not all senior military will be leaving Afghanistan this month, as had been suggested by the accelerated draw-down.

The top U.S. commander in Afghanistan, Gen. Austin Scott Miller, will remain in country for at least a couple more weeks, Kirby said. He also confirmed that 650 U.S. troops will stay to protect the U.S. Embassy and Kabul International Airport.

“A safe, orderly draw-down enables us to maintain an ongoing diplomatic presence, support the Afghan people and the government, and prevent Afghanistan from once again becoming a safe haven for terrorists that threatens our homeland,” Kirby said.

An interview Miller gave to ABC’s “This Week” aired Sunday in which he deemed the loss of government-controlled territory and the departure of U.S. troops, advisors and contractors as a demoralizing influence on the beleaguered Afghan troops he called “friends in need.”

“War is physical, but it’s also got a psychological or moral component to it. And hope actually matters. And morale actually matters,” Miller said in the interview with ABC’s Martha Raddatz. “And so, as you watch the Taliban moving across the country, what you don’t want to have happen is that the people lose hope.”

While those concern are legitimate, they are not unique to the U.S. experience of trying to transform Afghanistan into some notion of a peaceful, democratic state. Elections during the U.S. occupation have failed to empower collaborative politicians or leaders of the Afghans’ choice. From the earliest years of the post-9/11 U.S. presence, successive administrations have attempted to effectively impose their preferred leaders.

As a correspondent for the Associated Press in Moscow in the 1980s, I made my first reporting trip to Afghanistan in 1985 in a foreign journalist entourage arranged by the Soviet Foreign Ministry. The unstated aim of facilitating a Western media visit to their troops and political collaborators was to demonstrate how well they had everything under control. Artillery fire on the capital from the surrounding foothills of the Hindu Kush delivered a different message, as did our interviews with terrified young Soviet soldiers at remote bases exposed to the retribution of tribal militias waging sneak attacks on the occupiers.

A proxy superpower war ensued during the Soviet occupation, with the United States arming the Mujahedeen rebels with Stinger missiles they used to shoot down Soviet military aircraft. Once the Soviets withdrew from their losing battle to impose Communist rule in the fractured country, fighting among the Afghan factions morphed into a multi-front civil war, with the Taliban seizing power in 1996 and wielding brutal punishment of violators of its harsh tenets that included bans on music, art, dancing, modern technology and women’s rights.

When the Taliban were driven out in November 2001 by the U.S. invasion, I spent the month of December spelling my Los Angeles Times colleagues who had been covering the invasion without respite in the chaotic early days after 9/11. The U.S. presence, then and during the next two years of the invasion, had no more success than the Soviets in leading Afghans out of their antiquated strictures. Bounties of $5,000 for information identifying the perpetrators of the terror attacks spawned a system of warlords impugning their regional rivals for power, fueling the divisions and hostilities that festered from the time the last king of Afghanistan, Mohammed Zahir Shah, was deposed in 1973.

Aside from the doomed effort to remake Afghanistan in the U.S. image, there is fresh irony, following the assault on U.S. democracy on Jan. 6 by anarchists and right-wing rabble, that the United States has attempted to present itself as a model of democracy and freedom.

I am an ardent feminist, and it pains me to see the women of Afghanistan who have suffered under successive brutal regimes for most of their lives facing a return to the whips and lashes of the Taliban’s virtue enforcers. Women were beaten for offenses like wearing a burqa that allowed a sliver of ankle or wrist to be visible or for wearing makeup in the privacy of their own homes.

After 20 years of purported U.S. modeling of a fair and equitable society, it should be obvious that our values, if they even exist in our own country, are not transmissible. A continued military presence in Afghanistan would only squander more blood and treasure.

“A war begun for no wise purpose, carried on with a strange mixture of rashness and timidity, brought to a close after suffering and disaster, without much glory attached either to the government which directed, or the great body of troops which waged it. Not one benefit, political or military, was acquired with this war. Our eventual evacuation of the country resembled the retreat of an army defeated.”

That 1843 assessment of the British occupation of Afghanistan by army chaplain G.R. Gleig could be said as well of the U.S. experience of dancing on the graves of fallen empires.

Carol J Williams
Carol J. Williams is a retired foreign correspondent with 30 years' reporting abroad for the Los Angeles Times and Associated Press. She has reported from more than 80 countries, with a focus on USSR/Russia and Eastern Europe.
Previous article
How to Speak Like an Art Expert (in Seven Easy Lessons)
Next article
“The People That Live Under the Sea”: Lynda Mapes Chronicles the Orcas