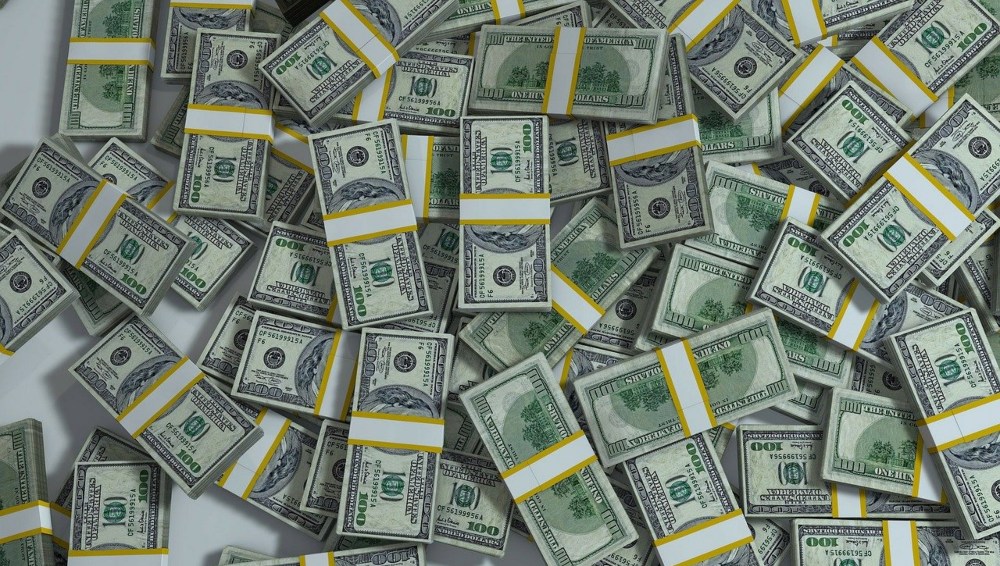 The CEO Scam: A System Built to Over-Pay the .01 Percent

“Meager Rewards for Workers, Exceptionally Rich Pay for C.E.O.s,”  declared the headline in a recent New York Times, tracing the pay bonanzas for top earners during the pandemic.

Alexander Karp, CEO of Palantir, a data mining company that gets over half its revenue from government contracts, pocketed $1.1 billion, topping the list of the 200 highest paid public company CEOs in 2020. Seven others made over $100 million. Number 86 on this list was David Calhoun, CEO of Boeing, who made over $21 million even as the company reported a $12 billion net loss and announced it would lay off about 30,000 employees. Satya Nadella, CEO of Microsoft, was another local boy who did well by hauling in over $44 million.

Last year, CEO pay jumped 14.1% for these CEOs while their median workers got a meager 1.9 %. The ratio of CEO pay to that of the median employee in this group was 274, as compared to 26 in 1978. That ratio is 4.6 at America’s most respected institution, the U.S. Military.

How has this happened? As I learned in writing my 2017 book on this topic, The CEO Pay Machine, executive compensation consultants designed it this way. Now almost all large US companies employ a pay system that makes escalating CEO pay a mathematical certainty. Like most lucrative scams, this system is complex, opaque, and self-servingly corrupt.

The first step is to base CEO pay on what other CEOs make, and companies target their pay at the high end of their CEO peer group. That’s just the base pay. These CEO’s actual compensation is often a multiple of this base pay, pegged to their “performance” as measured by a series of metrics. When company leaders surpass performance goals, often because they negotiated easy ones or the stock market went up, they can make two to ten times their target.

This inflated pay number is then fed back into the peer groups of their fellow CEOs, generating a whopping raise for them, and these inflated numbers are recompiled in our CEOs’ peer group next year, which triggers another raise. Since 1980 these annual rounds of leapfrogging, coupled with other giveaways I explain in my book, have increased inflation-adjusted CEO pay by over 1,000% while the average worker got stiffed.

This automatically escalating CEO pay system is driven neither by a coherent theory, nor a compelling philosophy, nor evidence of its effectiveness. It was blessed neither by academic studies nor industry conferences. It did not reduce costs. It increased them. It benefits only three groups that influence CEO compensation—CEOs, corporate boards, and executive pay consultants. It swindles everyone else–shareholders, employees, and the general public. The shareholders, who own the company, don’t have a seat at the table. The employees, often celebrated as the company’s most important asset, can’t be trusted to participate in board level decisions. And the public be damned.

There are some feeble efforts by corporate apologists to defend this rigged system. They argue that colossal pay is needed to retain talented CEOs, to motivate them, and to reward performance. These claims are laughably false.

Let’s start with the retention claim. Like CEOs, sports and movie stars make a lot of money. But there’s a key difference. Teams and movie studios bid for athletes and movie stars because their skills are portable. LeBron James would improve any NBA team and Meryl Streep any movie. However, most CEOs would not improve another company because their competence rests on knowledge of a single company in a single sector — its finances, products, personnel, culture, competitors, etc.. Such knowledge and skills are best gained working within the company; they are not worth much outside the company.

Corporate boards understand this, which is why internal promotions account for three-quarters of all new CEOs. For all these reasons, companies rarely bid for an outside CEO. Less than 2% of Fortune 500 CEOs were previously another public company’s CEO. Those rare CEO jumps between large companies happen about once a year. And when they jump, they usually fail; outside hires are twice as likely to be fired as internal promotions.

What about the motivation argument? Megabucks are not needed to motivate CEOs, since they are already highly motivated people. This is how they got the job. The pay system can only channel this motivation, but today’s system of bonuses misdirects performance toward short-term achievements instead of long-term growth.

At the CEO level immense bonuses are often counterproductive. The lure of a $50 million bonus is powerful. They can be so powerful that a CEO will focus on nothing else, restricting creativity, inhibiting learning, ignoring other stakeholders and long-term effects. Worse, it undermines the intrinsic rewards of a job well done.  Recall times when you did your best work. Were you motivated by money?

As for the performance argument for outsized pay? Even though bonuses are useless or perverse as a motivational tool, corporations are still wedded to the concept of “pay for performance.” Here’s the problem: over long periods, the more a company pays its CEO, the worse shareholders fare. Companies that overpay their CEOs are usually poor investments.

Why does outsize CEO pay lead to poor performance? The millions that companies waste on executive pay is a small part of their budgets, but CEOs may embark on risky business strategies because their stock options give them a big upside but no downside. The effects on employee morale are also enormous. When the CEO makes more before lunch than you do in a year, it is hard to be inspired by his rallying cry, “There is no I in team.”

Moreover, the costs of short-term thinking fueled by this irrational pay system are exacerbated by stock buybacks. Stock price is often a key performance metric, and CEOs receive 85% of their compensation in forms of equity. That gives CEOs a compelling incentive to pump up the stock price by reducing the number of outstanding shares. Buying back your own stock is the easy way to personal riches: that’s what they did with most of Trump’s tax cut.

In 2018, S&P 500 companies bought back over $800 billion of their own stock. This $800 billion was not invested in research and development, new technologies, plant and equipment, or worker training. These companies even borrowed money to keep buying stock. In 2018, buybacks plus dividends exceeded their net income by 9%. Corporate America is eating its seed corn.

Having served on 13 corporate boards, I have learned that only three groups determine CEO pay—CEOs, pay consultants, and corporate boards. It is obvious why CEOs like their current pay system. To call executive compensation consultants whores is to insult an older and more principled profession. However, corporate directors by law are fiduciaries for the shareholders. Why don’t they control CEO pay?

The simple answer to that last question is: Because it is not in the board members’ self-interest. Sitting CEOs and ex-CEOs typically are the majority of the board. Director fees and CEO compensation are highly correlated. With annual director fees at large companies averaging around $300,000, why balk at a big raise for the CEO? You won’t be asked to join other boards if the word gets out that you are tough on CEO pay. Meanwhile, the CEO is your friend and may have invited you on the board.

Why disturb board congeniality by resisting CEO pay increases, especially when you can hide behind supposedly impartial, third-party, “unbiased” pay consultants. Protected by the “business-judgment rule,” directors know they cannot be personally liable no matter how much they overpay the CEO.

Then there is safety in numbers. Directors can reassure themselves that they are doing precisely what all other boards do, and even rationalize that the profligacy of those other boards created this problem. Those boards also acted irresponsibly, established ridiculous CEO pay levels, and left us meek directors with no choice but to match them.

The  problem and imbalance is wider than at top corporations. Since 1980, income inequality has risen in lock step with CEO pay. Economists point to multiple causes for worsening income inequality — globalization and competition from low wage countries, technological changes that reward the highly skilled, the decline of labor unions, tax cuts and other conservative economic and tax policies, free market worship and the rise of winner-take-all economics, and corporate cultures that place stock price and earnings above serving employees and the community.

All the above factors contribute to inequality. However, the immediate (and more fixable) cause is quite simple. The jump in inequality is due to a small number of people, mostly business executives, who make huge amounts of money. They are the top 0.1%.

From 1980 through 2019 employee wages were essentially flat. Over the same period, the top 0.1% quadrupled their inflation-adjusted income and captured 40% of all economic gains. The 0.1% are not mostly athletes and movie stars, and 70 percent of them are business executives. And the executives’ pay is pegged to CEO pay, directly for members of the C suite and indirectly for the rest.

When inflation-adjusted CEO pay was stable from 1947 to 1979, annual per-capita real GDP growth was 50% higher than when CEO pay exploded, 1980-2020. In my book, I calculated that if CEO pay had continued to rise modestly after 1980, as it did between 1945 and 1979, average household income today would be $10,000 higher. So, the worst damage from runaway CEO pay falls not upon the companies themselves, but the entire country and its economy.

The way corporate America pays its CEOs is rigged, obscene, and indefensible. This perverse system impedes economic growth and is a major cause of income inequality in America. Don’t tag me as a socialist. I was a CEO for 14 years. I believe in free markets and capitalism with a light regulatory touch to assure that free markets stay free. I hold that this is the best, or certainly least bad, economic system known today.

I criticize CEO pay because it is a rigged, administered system that is a threat to a robust capitalist economy. Ultimately, a trickle-down capitalist system that serves only the 1 percent is incompatible with democratic government. One must go.

Steve Clifford
Steve Clifford, the former CEO of KING Broadcasting, has written humor for Crosscut.com and the Huffington Post. He is the author of "The CEO Pay Machine."
Previous article
The Philosophical Gardener: Salad Days
Next article
Water Wars: Klamath Basin in Peril