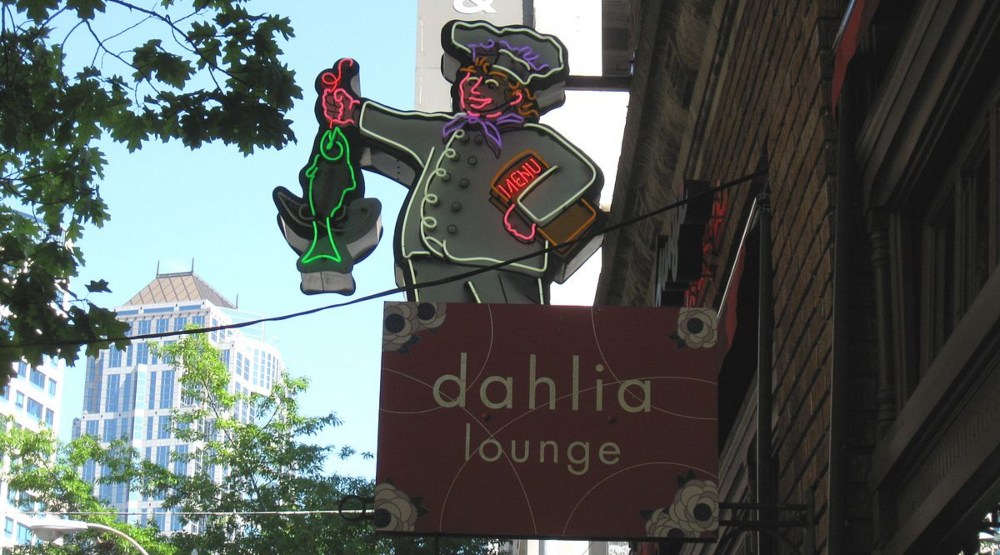 Lights Out: To All the Restaurants We’ve Lost during COVID

This past year has been a challenge to own a restaurant or to work at one. Nor has it been a good time to be a restaurant critic, forced to report dozens of closures each week. The plague year took a toll and closed far too many places we had learned to love.

Most recently, I found myself saddened over news that Tom Douglas has permanently closed the Dahlia Lounge, one of his flagship restaurants, the one that featured his memorable coconut cream pie. A food lover’s only comfort was learning that Douglas plans to move his Serious Pie (gourmet pizza) eatery into the Fourth Avenue location and keep open Dahlia Bakery where they sell slices of that divine coconut cream pie.

The Dahlia is but one of several hundred restaurants (an estimated 650) that closed due to the ravages of covid-19. Even before the first case of flu, there was tough sledding for Seattle’s many eating establishments (an estimated 2,800.) For those remaining, the economic situation (rent, overhead, debt, utilities) has been almost impossible to navigate.

The long list of casualties — restaurants, eateries, cafes, and bakeries — is enough to make one cry. And that is what I almost did when reading about the closing forever of Remo Borracchini’s Bakery, a landmark fixture in Seattle. Opened in 1922 in the basement of the Borracchini home and then moved to a Spanish villa building on Rainier Ave. South, it was the purveyor of cakes — velvety cakes, wedding cakes, baptismal cakes, and even retirement cakes. It sold delicious sandwiches and deli favorites, irresistible cookies and imported specialties.

Borracchini cakes sometimes even made a statement. They became synonymous with departure after the late Pam Leven, a Seattle Post-Intelligencer business staffer, signaled she was quitting by sharing a sheet cake that read “Goodbye to the P-I.” After that, whenever reporters complained they were mistreated (often), they were asked, “Have you ordered a cake?”

Bidding farewell to Borracchini’s hurt, but I’m also grieving the loss of other one-of-a-kind places like Tilth, the trailblazing organic restaurant in Wallingford. Or Bavarian Meats, the fabled German delicatessen at the Pike Place Market. I also pine over the loss of Il Corvo, the downtown pasta restaurant where we ate when I was working at City Hall.

With so many restaurants closing, where will couples go to become engaged? Or when they decide, after all, that it’s time to split up? Where will Seattleites go to celebrate significant birthdays and career changes? To raise a toast to a fallen comrade?

As a one-time restaurant critic at the Seattle P-I, I know only too well the hazards that restaurateurs face even in the best of times. The average life of a new restaurant is a single year. I repeat: One year. Running a restaurant is not just about creative cooking; it requires real talent and hard work. One must manage staff, monitor expenses and gauge the ever-changing tastes of customers. Some weeks customers look for small plates on the menu; the next they’re ordering platter-sized “sharables.”

If there is any silver lining, it is that a number of the city’s old favorites have weathered the pandemic — places like Salty’s on Alki Beach, Chinook’s at Fisherman’s Wharf, and Ray’s Boathouse at Shilshole. Remaining also are a wealth of ethnic eateries, world beaters like Tamarind Tree in little Saigon, Cafe Soleil with its Ethiopean and African cuisines in Madrona, and Maneki, the 100-year-old Japanese restaurant in the International District. And, thanks to its ability to adopt during the plague year, we still have Canlis, Seattle’s three-star gem.

There’s good news, too, in reading that some departing restaurateurs talk about reopening “some day.” Also on the horizon are the handful of brave souls who have opened new places during the pandemic. A good friend reminds me: As patrons we have a duty to support those courageous enough to stick around and to try out the newbies who are offering us a seat at the table. Bon Appetit, Seattle.

Jean Godden
Jean Godden wrote columns first for the Seattle Post-Intelligencer and late for the Seattle Times. In 2002, she quit to run for City Council where she served for 12 years. Since then she published a book of city stories titled “Citizen Jean.” She is now co-host of The Bridge aired on community station KMGP at 101.1 FM. You can email tips and comments to Jean at jgodden@blarg.net.
Previous article
Cautiously: Canada ponders Reopening Border with US
Next article
Your Democracy Vouchers in Action: Seattle Mayor’s Race