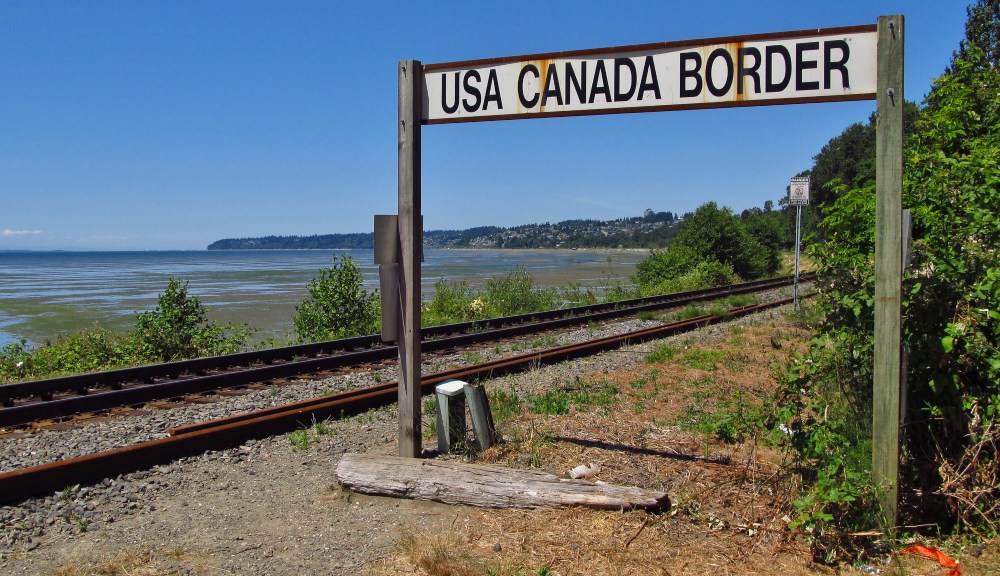 Canada’s Prime Minister Justin Trudeau will confer Thursday with provincial premiers on whether, when, and under what conditions to reopen the 5,525-mile U.S.-Canada border, closed to all non-commercial traffic since March 21, 2020.

The virtual gathering will take place as British Columbia takes additional baby steps to reopen life in the Pacific province.  Once nicknamed Canada’s “lotus land,” B.C. has been pretty much in lockdown since a late winter spike saw as many as 1,000 new cases of coronavirus reported daily.  A total of 3.4 million first doses of vaccine have now been administered, and the daily case count has fallen below 200.

The reopening is only a crack.  British Columbians can now travel freely around the province, after being told to stay in one of three health regions for much of the spring.  Ferry passengers bound for Vancouver Island were checked to see if their travel was essential. Checkpoints on the way to Hope screened travelers bound for interior B.C.

The welcome mat is not yet out for people who live outside of British Columbia.  “My advice to non-B.C. residents:  If you don’t have business here that’s essential . . . then please stay home,” British Columbia Premier John Horgan told a briefing Monday. A further easing of restrictions could come on Canada Day, three days before July 4, touted by Gov. Jay Inslee as Washington’s return to normalcy.

The border closure has been surprisingly popular in Canada.  British Columbia saw initial fatalities of the COVID-19 pandemic less than 100 miles away in Washington and witnessed the inept, erratic Trump Administration response to a pandemic that has now killed 600,000 people in “the States.” Meanwhile, President Trump was slapping tariffs on Canadian aluminum and steel and calling Trudeau “very dishonest and weak.”

The result has been an arch, prickly response when pressure has been put on the Great White North. “We’re on the right path, but we’ll make our decisions based on the interests of Canadians and not based on what other countries want,” Trudeau said recently. (Canada has made one concession:  It is allowing National Hockey League players on Canadian teams to cross the border for Stanley Cup playoff games. The Montreal Canadiens are having a stellar year.)

Team sports are permitted, but stadiums will stay empty.  The announcement in B.C. came as the Seattle Mariners announced they will seat up to 26,000 vaccinated fans – with spaced seating for 4,000 non-vaccinated – for this week’s series with the Minnesota Twins.  St. James Cathedral in Seattle is seating more than 1,000 worshippers at five weekend masses.

Under phase 2 in B.C., masks remain mandatory along with physical distancing. Personal indoor gatherings are limited to one additional family or five people. Even with these limits, B.C. Health Officer Dr. Bonnie Henry cautioned: “We’re likely to see an increase in people infected with this virus as we get together more.”

Reaction to the prolonged restrictions has seemed in line with the motto for settling Canada:  “Peace, order and good government.” “Safely and carefully” is how B.C. Jobs Minister Ravi Kahlon described recovery from COBID-19. Or “safe and gradual” in words of B.C. Health Minister Adrian Dix.  “Continuing to work together will bring us back together.”

Canada’s response to the pandemic has generated little of the defiance and protest seen south of the 49th Parallel.  “We need to be kind, we need to be calm,” Horgan said Monday. Perhaps as a nod to keeping social peace, Phase 2 in B.C. will permit restaurants and bars to serve alcoholic beverages until midnight. “Music is starting but we are going to wait a little longer on the dancing and singing,” added Dr. Henry.

The 15-month shutdown has worked hardships on isolated corners of the border.  The citizens of Point Roberts, reachable by land only through B.C., have seen commerce dry up and medical care rendered iffy. The 70-odd residents of Hyder, Alaska, must buy groceries and gas in Stewart, B.C., and send their kids to school there.  Alaska Gov. Mike Dunleavy recently offered to vaccinate everybody in Stewart as a means of easing border restrictions.

The United States has hit back on one front.  Spurred by Sens. Lisa Murkowski, R-Alaska, and Maria Cantwell, D-Wash., Congress has passed legislation that will allow foreign-flag cruise ships to sail directly from Seattle to Southeast Alaska,  waiving – temporarily – the requirement that they stop in a Canadian port.  Canada is officially closed to cruise ships until March 1, 2022. “The law will sunset when the border reopens,” said Horgan, who conferred by phone last week with Sen. Murkowski.

When will the border finally reopen?  The closure has been automatically renewed on the 21st of each month, and currently runs until next Monday.  There is talk of letting fully vaccinated Americans reenter Canada.  But Canada’s vaccination rate trails “the States” and the Prairie provinces of Alberta and Manitoba are still recovering from peak pandemic levels.

Hence, a full reopening to recreation and personal travel may wait until late summer.  And, cautioned Horgan, “We cannot predict what this virus will do.”

Joel Connelly
I worked for Seattle Post-Intelligencer from 1973 until it ceased print publication in 2009, and SeattlePI.com from 2009 to 6/30/2020. During that time, I wrote about 9 presidential races, 11 Canadian and British Columbia elections‎, four doomed WPPSS nuclear plants, six Washington wilderness battles, creation of two national Monuments (Hanford Reach and San Juan Islands), a 104 million acre Alaska Lands Act, plus the Columbia Gorge National Scenic Area.
Previous article
Stuck in the Muddle with you: Building Back a Better Seattle
Next article
Lights Out: To All the Restaurants We’ve Lost during COVID