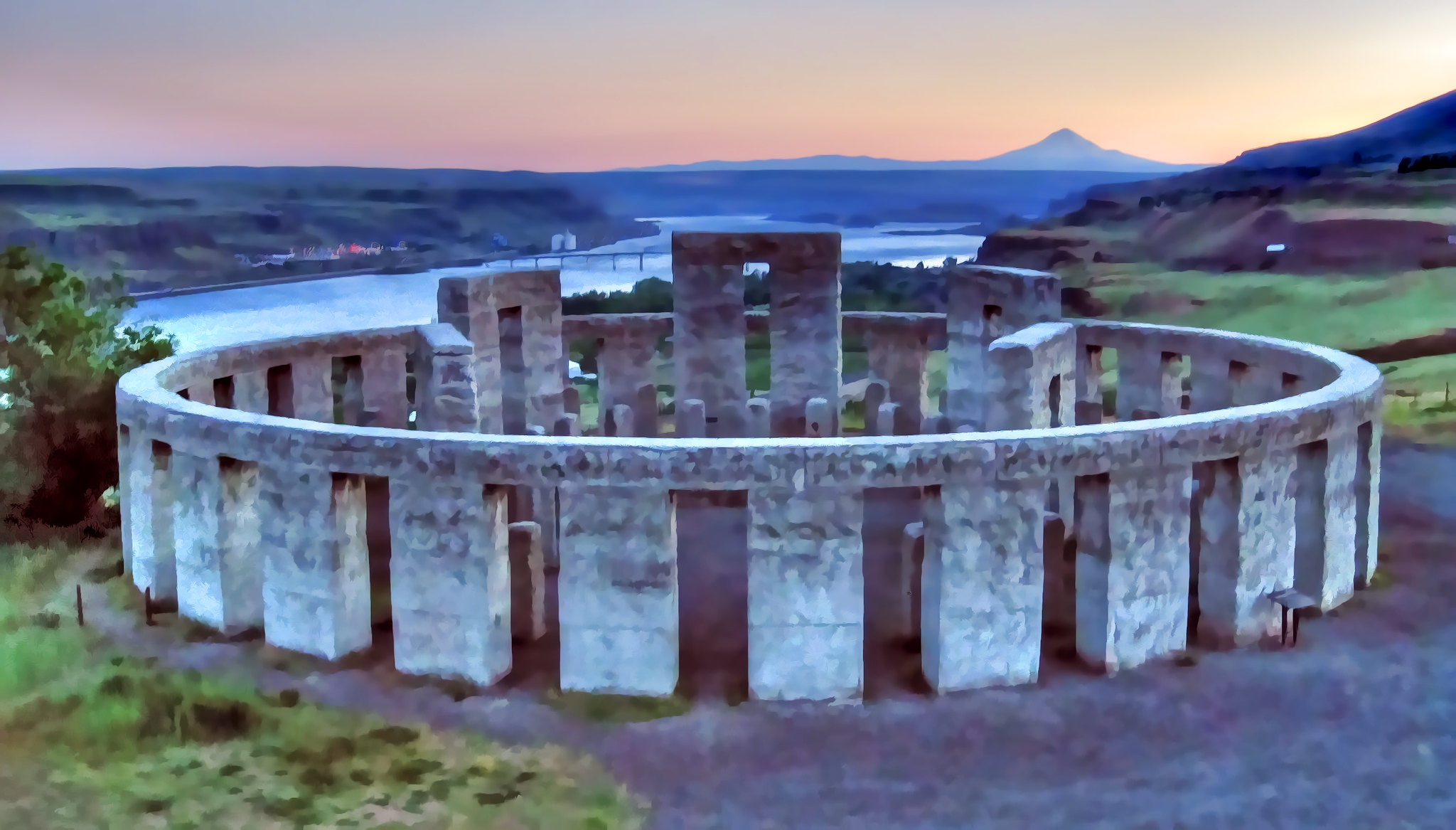 What in the Sam Hill! A Remarkable Northwest Pioneer

Deep River, North Carolina in the 1850s was the center of a small Quaker meeting house and an active community of abolitionists.  Into that house was born Sam Hill on May 13, 1857.

Sam’s mother Eliza L. Mendenhall was descended from a family associated with William Penn and his 1688 arrival in America. As rumblings of the American Civil War began, several pro-South neighbors knocked on the Hill family’ door, threatening harm to Sam’s father, Dr. Nathan Branson Hill.  Distracting the visitors, Eliza Hill quickly slipped out to burn every “abolition” book they owned in the kitchen stove.  Eliza Hill would be the first of several strong women in Sam Hill’s life.

Following the Civil War, the Hill family moved to Minneapolis.  As a sturdy young man, Sam worked on a railroad survey crew for two years, leaving to take a B.A. at Haverford College, Pennsylvania.  Within a year he earned another B.A. at Harvard.  Bright, ambitious, and holding firm views of his Quaker roots, he passed the Minnesota bar, became active in the Minneapolis Athenaeum, established a thriving legal business, and relished the role of an attractive local bachelor.

“Mamie” Hill, a Roman Catholic, led a peripatetic life with her Quaker husband.  The hyperactive Sam Hill kept accumulating new assignments: the presidency of Minneapolis Trust Co., and board membership on several component railroads of the Great Northern.  When the Minneapolis Trust bought control of Seattle Gas and Electric Company, Sam looked west – and except for a dozen or more overseas adventures – never looked back.

In 1900 Sam arrived in Seattle to assume his duties with the gas company.  Not long after stepping off the train Sam instituted an ambitious campaign to sell Seattle residents gas for cooking stoves, heating machines, and water heaters.  He also extended gas mains throughout the city and peddled gas lamps and gas grates at attractive prices.

Perhaps in anticipation of a visit by his friend Prince Albert of Belgium to the 1909 Alaska-Yukon-Alaska Exposition, Sam decided to establish a grand home in Seattle.  He chose six acres on Seattle’s Capitol Hill and had the house designed by the firm Hornblower and Marshall.  Writing to a friend in Minneapolis Sam boasted: “I look to the north and see Mt. Baker; to the south I see Mt. Rainier; look down at the foot of the hill and see Lake Union; look out to the right and see the big ocean; down to the left and see the shipping in the harbor, and look straight ahead and see the great Olympic Mountains, covered with snow all the year around.”

While his business endeavors multiplied, Sam Hill’s personal relationships collapsed.  Separated from his family, Sam sought other relationships and still more activities.  He undertook the formation of the Washington State Good Roads Association, lobbied elective officials, and donated to conservative candidates and organizations.

He fell in love with automobiles, asserting that the Western States would flourish economically and socially if durable paved highways were built – in all directions.  Sam played a key role in persuading the University of Washington Board of Regents to establish a chair of highway engineering.  Road trips on German and Swiss paving convinced Sam that the United States had work to do.

In 1909, while early plans for his Maryhill mansion on the Columbia River were emerging, Sam began experimenting with rock crushers, liquid asphalt, and various rock and gravel mixes on what were called “Maryhill Loop” roads over his property near Goldendale, Washington.  He bet that tourists and property buyers would invade the Columbia Gorge if good roads were in place (the Gorge at that time could only be enjoyed by boat, rail, or on foot).  Following intensive lobbying, and investment of a large chunk of his fortune, he won the bet.  The Columbia River Highway, today called the Columbia Scenic Highway (more or less replaced by a four-lane throughway) is a thrilling adventure via tunnels, against rock walls, and surprise vistas.

Added to these wonders is Sam Hill’s Stonehenge Monument near Maryhill.  Behind the realized dreams was an unrealized project: the building of a Quaker colony at Maryhill, based on the same model at Whittier, California.  (Richard Nixon grew up in the Quaker town of Whittier, where his father ran a small grocery store.) Hill advertised for pioneer farmers to join him, but no one came (probably because water sources were speculative).

Sam’s reach extended well beyond Maryhill and Seattle. He initiated and paid for the Canadian Border Peace Arch at Blaine, Washington. He was the financial sponsor of Chief Joseph’s burial monument on the Colville Indian Reservation. He helped finance the first Quaker meeting house in Seattle (Friends Memorial Church).

All this activity did not make Sam Hill a contented man.  He turned to female companionship, allegedly siring three children out of wedlock.  Mona Bell, especially close to Sam, gave him a son, Sam B. Hill, and lived in a large home paid for by Sam carved out of the Gorge and since razed to construct Bonneville Dam.

The large empty mansion at Maryhill needed a life.  Three admirers and accomplished women stepped forth.  Queen Marie of Romania (a friend from his European travels), Alma Spreckels (and her sugar fortune), and Loie Fuller (onetime star dancer at Paris’ Folies-Bergere) suggested that Sam establish a museum of art and crafts at Maryhill.  At the 1926 dedication of Maryhill Museum Sam escorted Queen Marie to the podium while a crowd of over 1,000 cheered and applauded.  It was, everyone agreed, a Grand Spectacle.

Sam Hill died in 1931.  His fortune was depleted and several of his projects forgotten.  Sam’s crypt sits atop the crest of a hill one mile east of the Maryhill Museum.  The inscription: “Amid nature’s unrest, he sought rest.”

Junius Rochester
Junius Rochester, whose family has shaped the city for many generations, is an award-winning Northwest historian and author of numerous books about Seattle and other places.
Previous article
Taking Hawaii Back: COVID Pause forces rethink of Over-tourism
Next article
After Twelve Years as Israeli PM, Netanyahu pried out of power